Look what I discovered on my hard drive! A census of the small populations from a decade ago in August, 2003! Check it out! 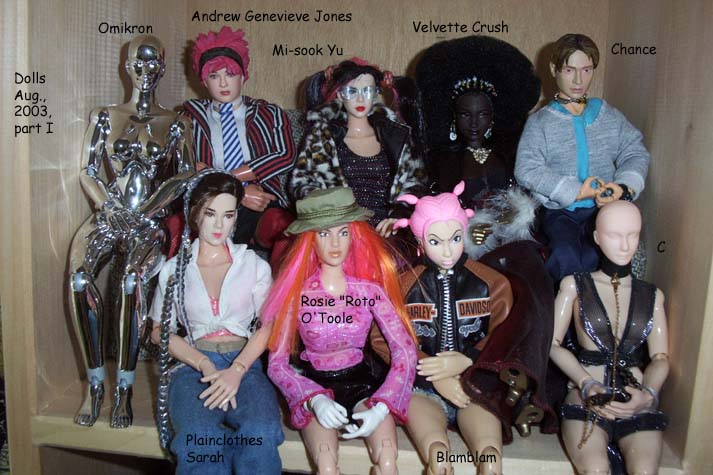 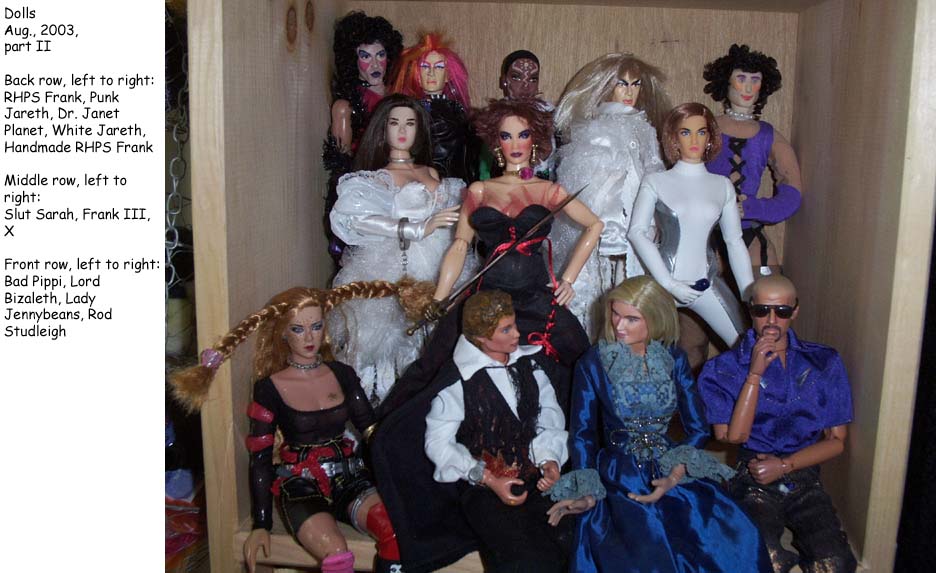 As you can see, some of the same people are still hanging around. Starting with the first photo, there’s Andrew 1.0, now an LHF cast member. Velvette Crush 1.0  yet endures with no alteration, and there’s Baozha 1.0, though under the name Blamblam and on a different body.

In the second photo, who’s that in the back row? Why yes, it’s Janet 1.0, not yet developed into Velvette’s sister. In the front row appears Bad Pippi, aka  Pippilotta 1.0. Various Sarahs and Jareths attest to my love of a) the CG02 sculpt [source of all the Sarahs] and b) Jareth in general. My Rocky Horror enthusiasm also manifests in the form of multiple Franks, including a scratch-made one in the back row of the second photo, who I still have somewhere.

Only 21 dolls [4 of which are Labyrinth characters and 3 of which are Rocky Horror Franks]?! The mind boggles.

This entry was originally posted at http://modernwizard.dreamwidth.org/1465119.html. You can comment here, but I’d prefer it if you’d comment on my DW using OpenID.