I also dredged up from my hard drive an "Active Duty" roster from mid-November, 2004. 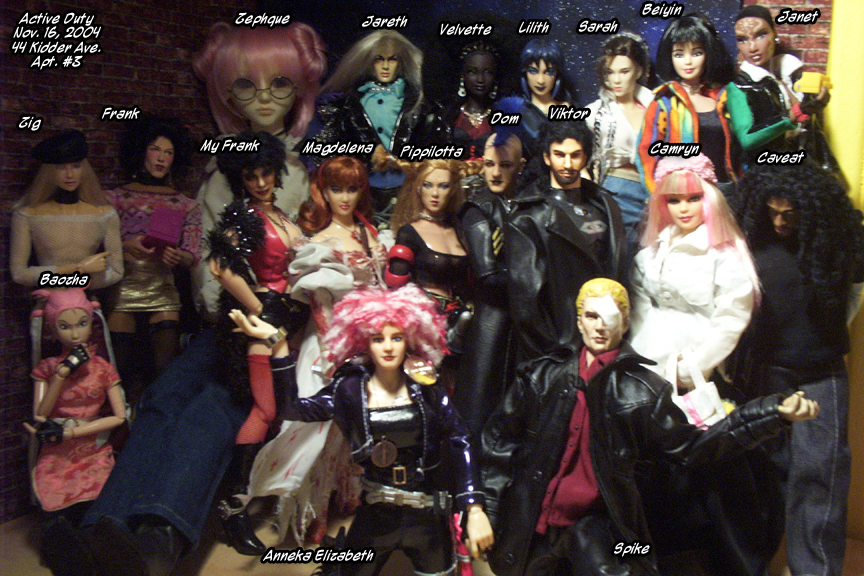 Looks more familiar, huh? That’s because this census contains peoples from the very first iteration of LHF, many of which carried over into later iterations: Anneka, Will [formerly known as Spike], Janet, Velvette, Viktor, Dom, Caveat, Baozha and Michaela [formerly known as Magdelena].

Note also "My Frank," who is now the only active 1:6 scale Frank I have.

We can also see the Beginning of the BJDs in the form of Zephque, the 1:3 scale dude casually blending in with the brickwork in the left of the back row.

This entry was originally posted at http://modernwizard.dreamwidth.org/1465364.html. You can comment here, but I’d prefer it if you’d comment on my DW using OpenID.