This weekend, I removed ZaeZae’s original brownish hair and gave her a braid of purple and pink yarn attached to a new scalp of pink pulled-back hair. I also made her spectacles out of 20 gauge brass wire.

In other pink news, the pink count should eventually increase by 5:

Pink Squad as of now. 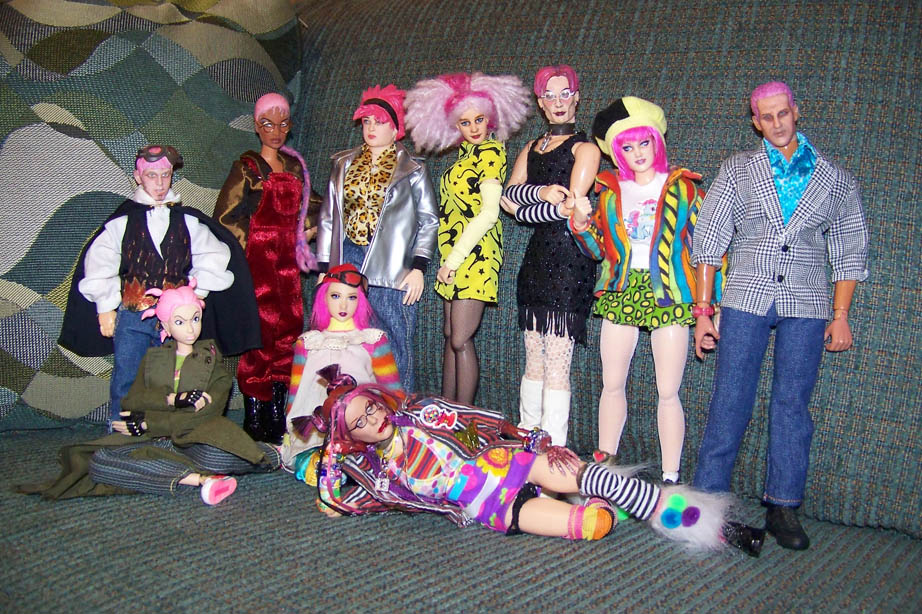