Maria made Junebug a hat and a scarf, which she gave me at doll club yesterday, and Junebug is very proud of them….

Araminthe: "…So if you want a doll of your own, you should ask Elizabeth."
Junebug: "I will!" 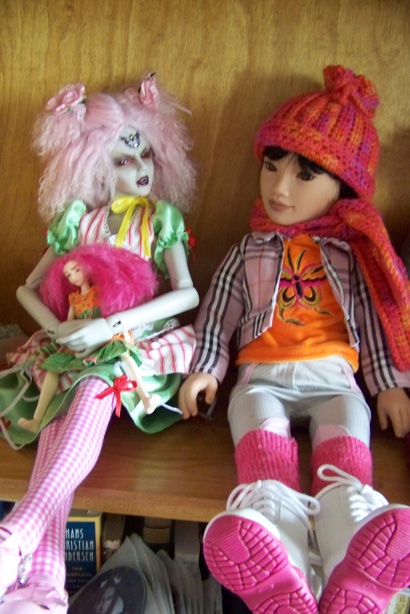 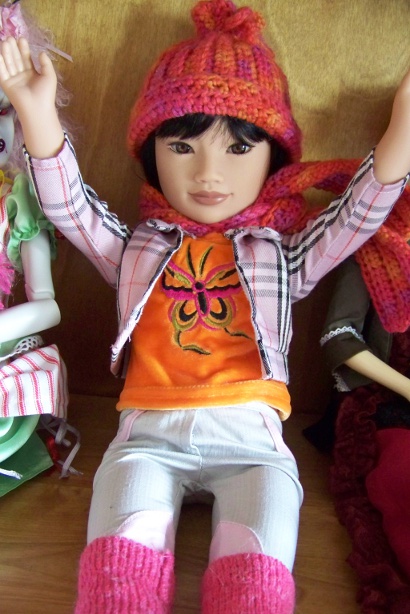 Me: "It’s 55 degrees out. You really don’t need your scarf and hat. You’ll get hot!"
Junebug: "Aww darn. But they’re so nice and new, and Maria made ’em for me!"
Me: "Fine, you can wear them, but don’t expect me to carry them when you warm up." 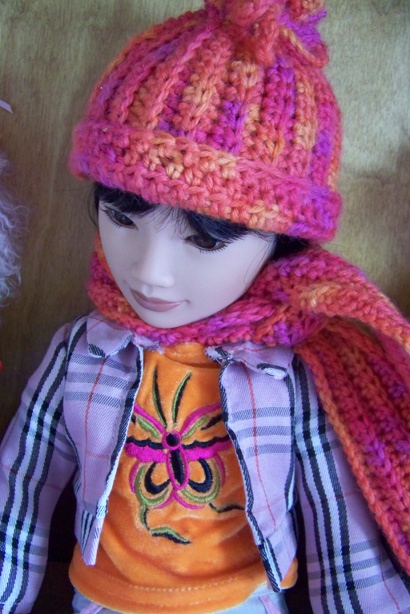 Fifteen minutes later, in the Somerville Veterans’ Memorial Park…
Junebug: "I wanna climb on that!" 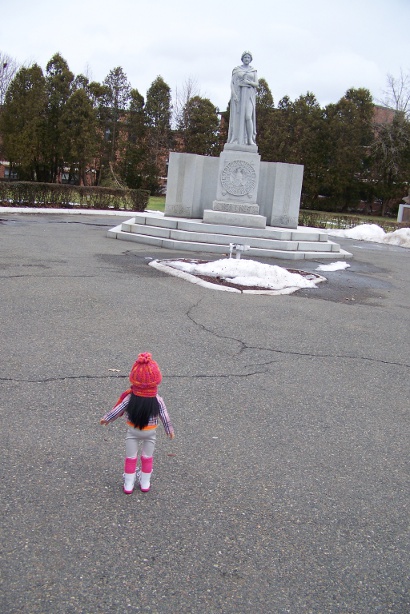 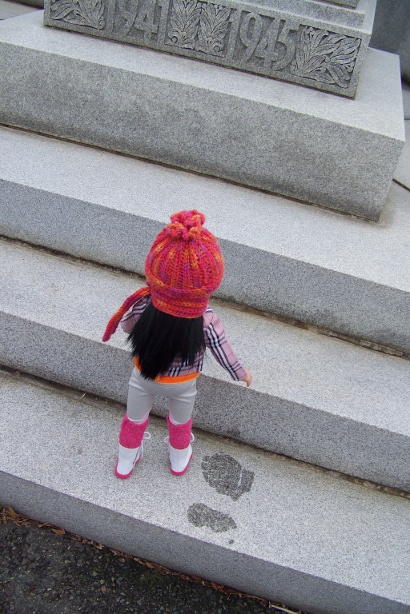 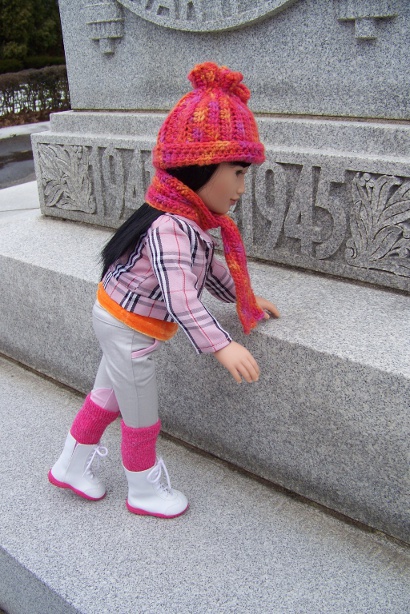 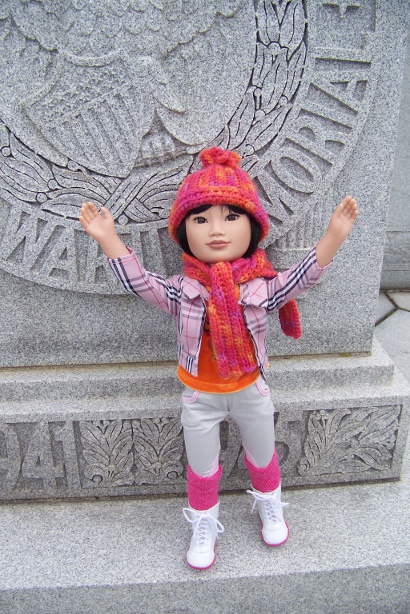 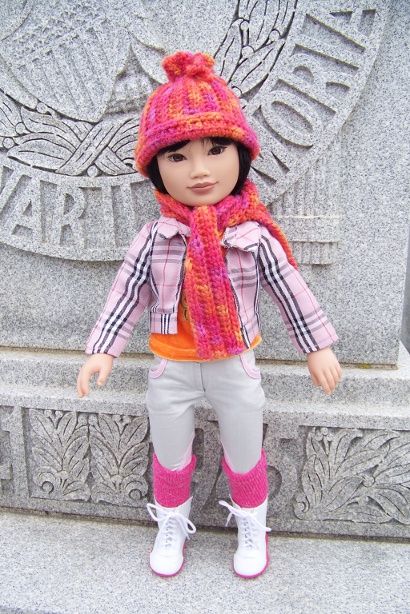 Junebug: "Can you carry my hat and my scarf?" 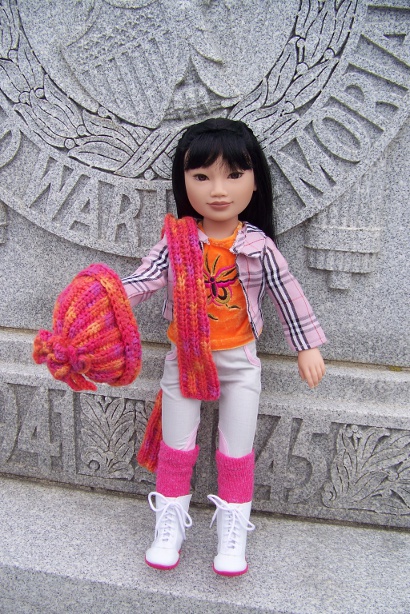