I got a package from Andrea yesterday [the first at my new address, yay!] containing, among other things, Prunella Jones. She came to me under the name Gavali, a repainted, rerooted High School Musical Gabriella head on an articulated Ballerina Barbie body drilled to accept action figure hands. Naturally, Andrea did the reroot and repaint, as well as the custom zip-up jumpsuit.

When I got my hands on Prunella, I further customized her. Wrapping her head in plastic wrap so that she wouldn’t get flying plastic bits in her hair, I took a picture of how she had come to me: 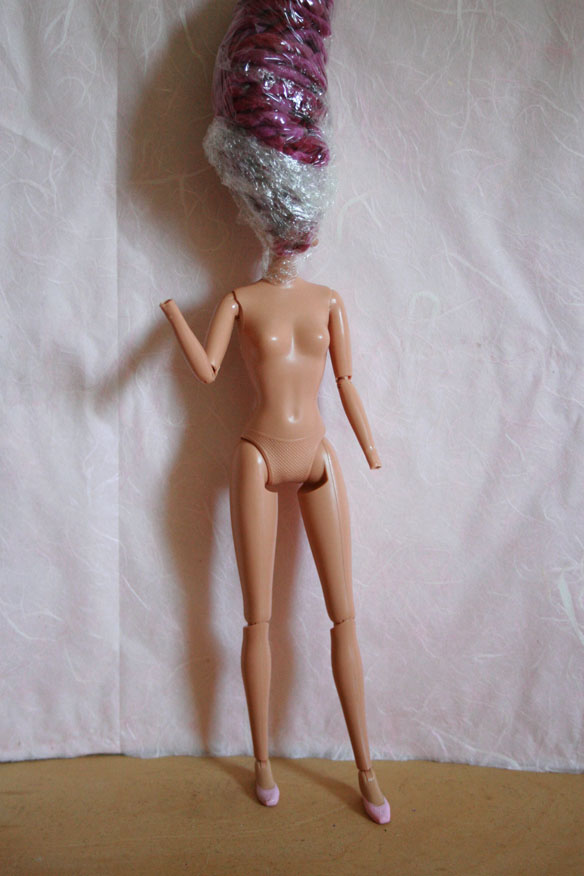 Hacking, gouging and gluing ensued. First I Dremelled out a lot of plastic around her inner crotch and top of thigh sockets so that her thighs no longer spread apart when she sat.

Then I worked on her arms. I cut out a plate from each of her lower upper arms to reach her elbow pins, which I then hacked off. I drilled holes through the tops of her lower arms and looped wire through them, which then became her new elbow pins. I glued the lower upper arm plates back on, wrapped masking tape around each wire elbow pin, then jammed the new pin up into the hollow upper arm sockets.

Finally I gave her new bare hands by putting action figure fem hands on a pair of very slender posts. Does this all look messy and unsightly? Why yes! Do I give a shit? Why no! She’s going to be wearing a coverall anyway.

Here’s her improved physique. Not only did I get about 10 or 15 more degrees of flexion out of her elbows, but I also lengthened her arms so that they are more proportional to her mile-long legs. [I may shorten her legs a bit later.]

Then, after I redressed her, this happened… It was actually running through my head as soon as I saw this doll. Her devilish smirk and her bodysuit just suggested it. Apologies to Richard O’Brien. 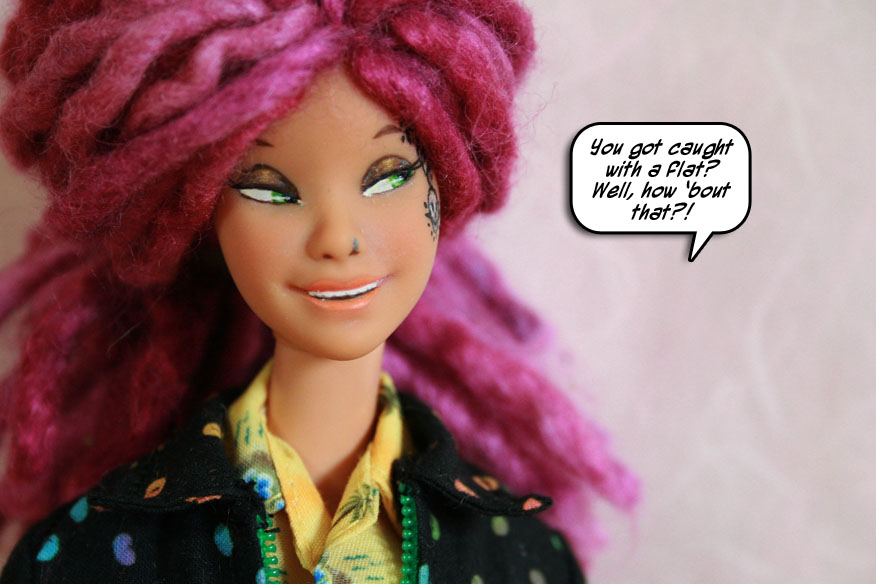 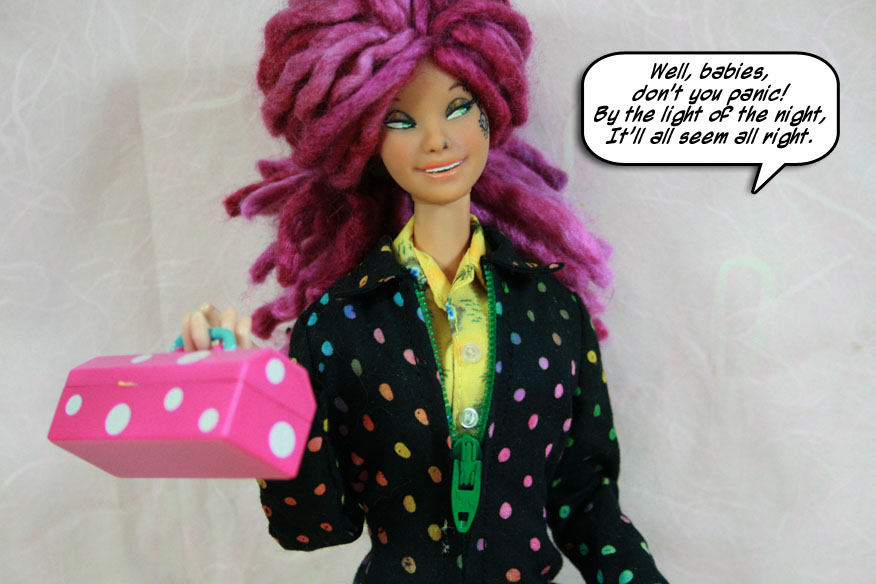 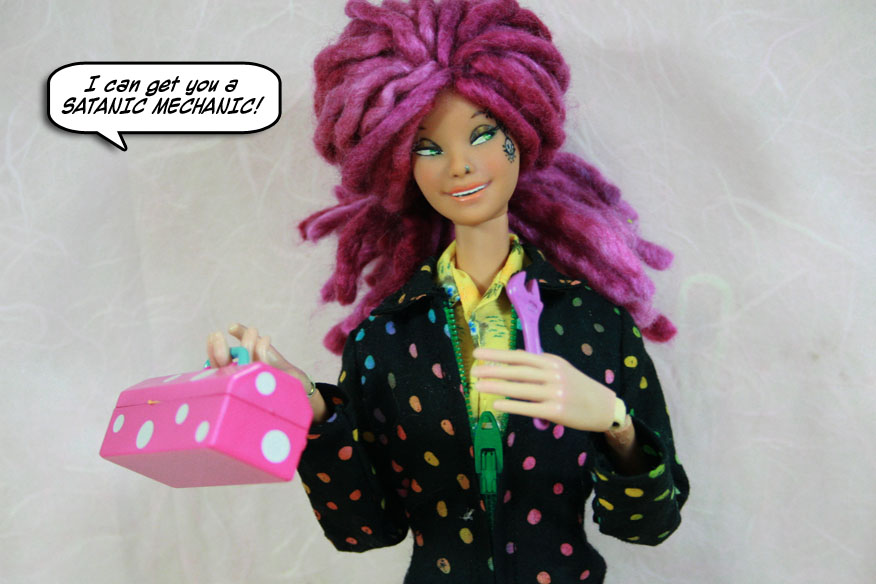 I think Prunella makes a brief appearance in Zombieville as Isabel’s [satanic] mechanic.

This entry was originally posted at http://modernwizard.dreamwidth.org/1541290.html. You can comment here, but I’d prefer it if you’d comment on my DW using OpenID.