Months after acquiring her head, I finally got around to doing something with Thalia this weekend. I took Janvier Jett’s head off the Angelsdoll massive girl body, along with the Dikadoll jointed hands. I plopped Thalia’s head on the Angelsdoll body and put the original hands back on and then dressed her in some stopgap clothes.

Thalia’s temporary outfit consists of the neck corset from DollHeart’s Hell Queen, the robe from RingDoll’s Frankenstein [first edition], some black leggings that someone made me and Janvier Jett’s hilarious skull-and-crossbones loafers. I may dispense with a shirt and just go for some pasties with a chain between them.

Anyway, now that I have her assembled, I see that the IOS Infernale head goes very well with the Angelsdoll massive girl body. The resin matches perfectly, despite what the photos would have you believe, and the bulk of the body balances the rather large head. I can even deal with the general pointiness, although her eyes are much too small. I either have to close them all the way or open them. I like her!! 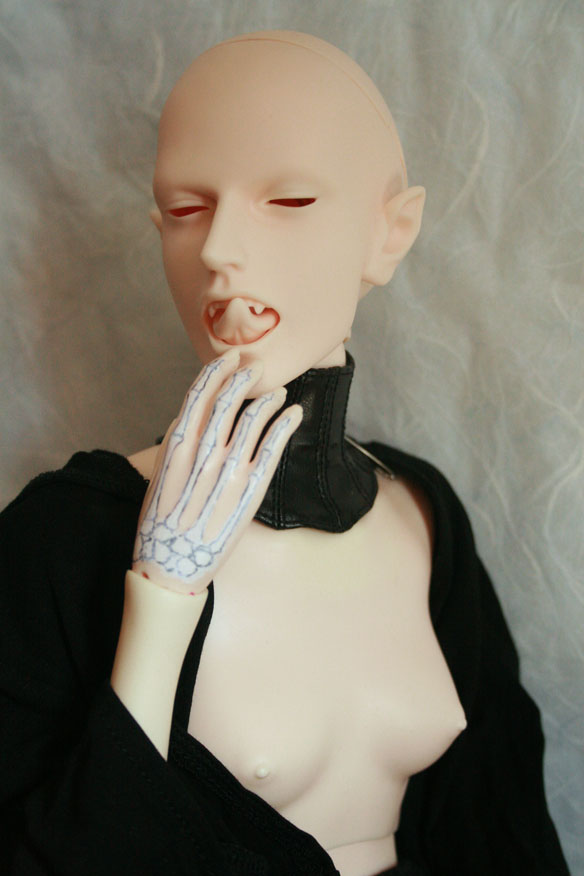 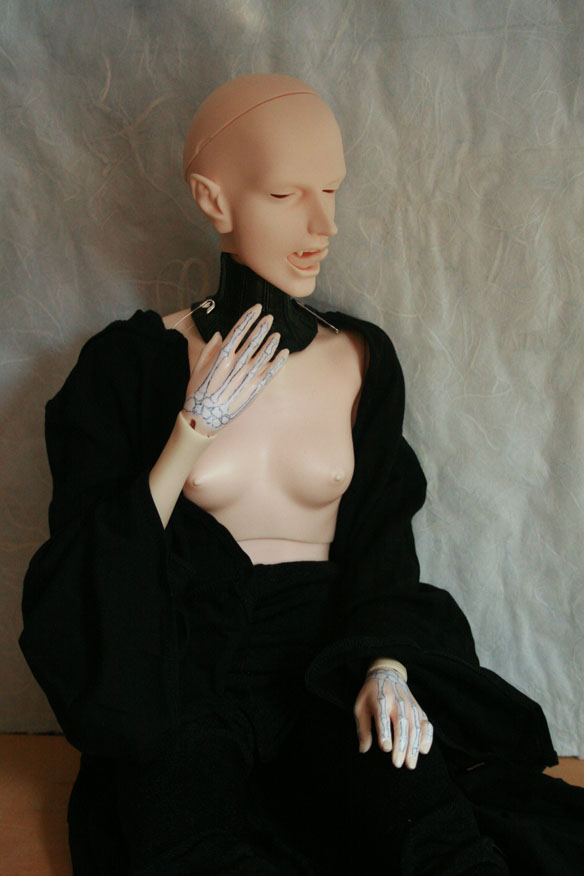 This entry was originally posted at http://modernwizard.dreamwidth.org/1708980.html. You can comment here, but I’d prefer it if you’d comment on my DW using OpenID.