I purchased Barrett back in the summer of 2013, well before Zombieville started, because I thought that Isabel might fit into FR dude clothes. Also the secondhand price of something like $75.00 MIB for a London Calling Kyu was a great bargain.

This is what he looked like when I first got him. His proportions were horrible. But I had plans… 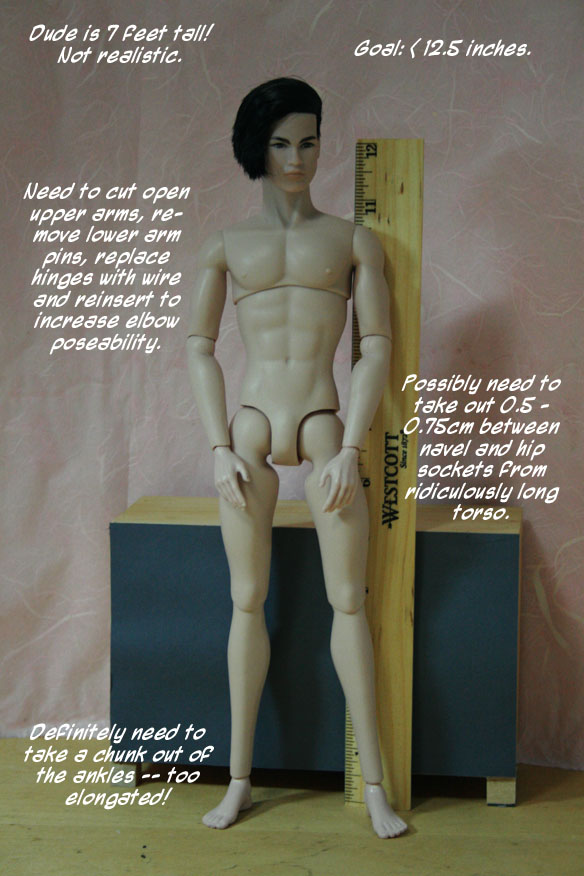 For my first round of mods, also in summer, 2013, I replaced his elbow joints with wire and reduced torso and ankle length. I got him down to 12.25″. I also gave him new hair and added a lot of shadowing, wrinkles, and weathering to his thoroughly bland default paint job. 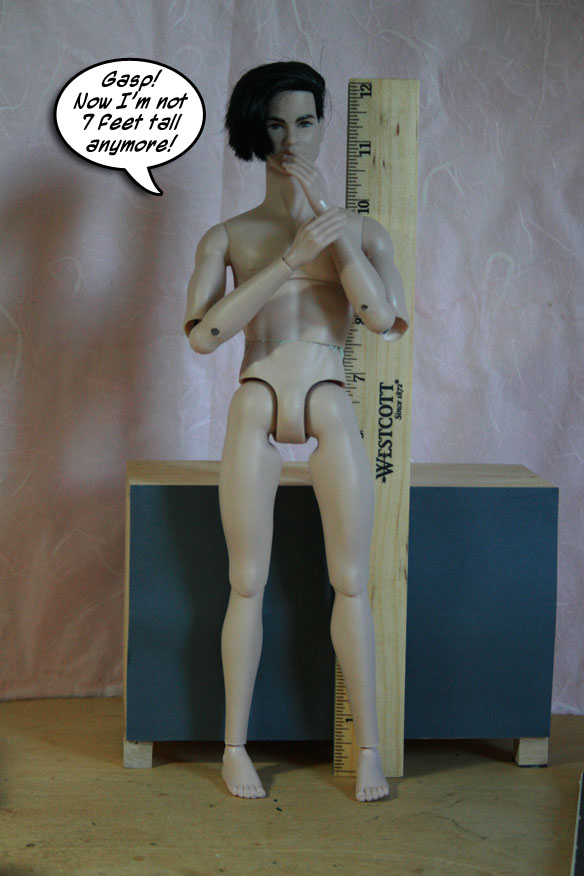 Despite my efforts, Barrett’s stature continued to annoy me for the next 3.5 years. He was still way too tall compared to all my other dolls, especially in the neck and the calves. Also his elbows didn’t hold much of a pose anymore.

Finally I got fed up recently. First I hacked more out of his ankles, a bunch out of his thighs, and even some off the top of his neck post. Then I popped out his default arms, cut out sections of his outer shoulders, filled the bust area with Instamorph plastic, then drilled new shoulder sockets, and popped in some double-jointed action figure arms. 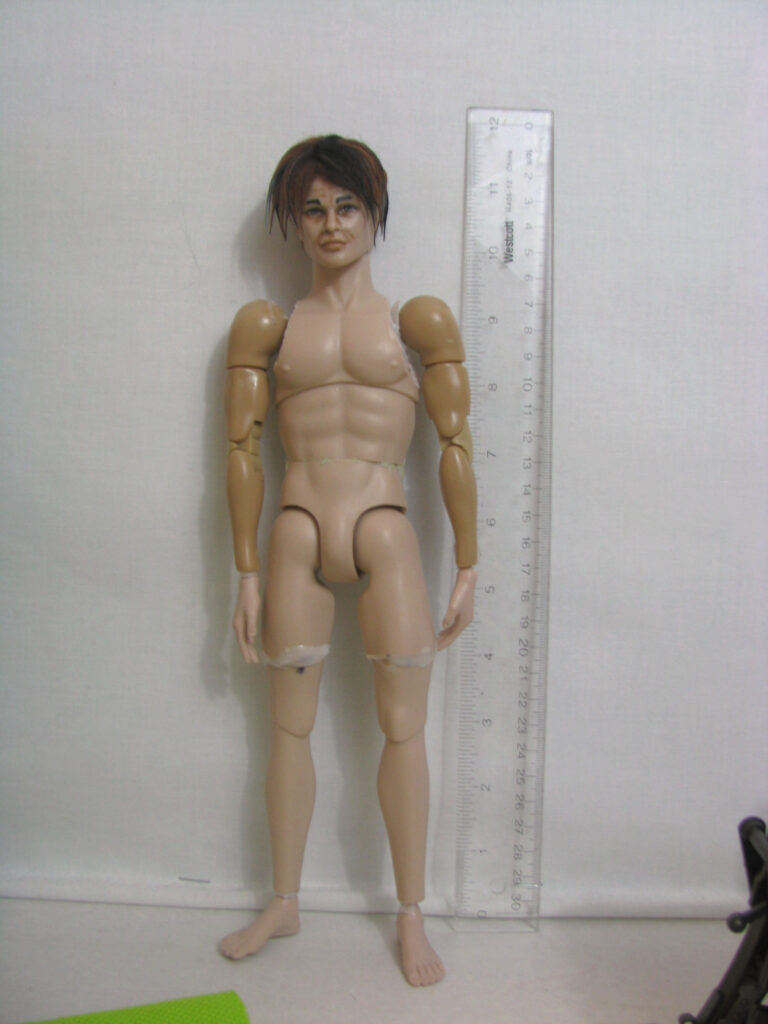 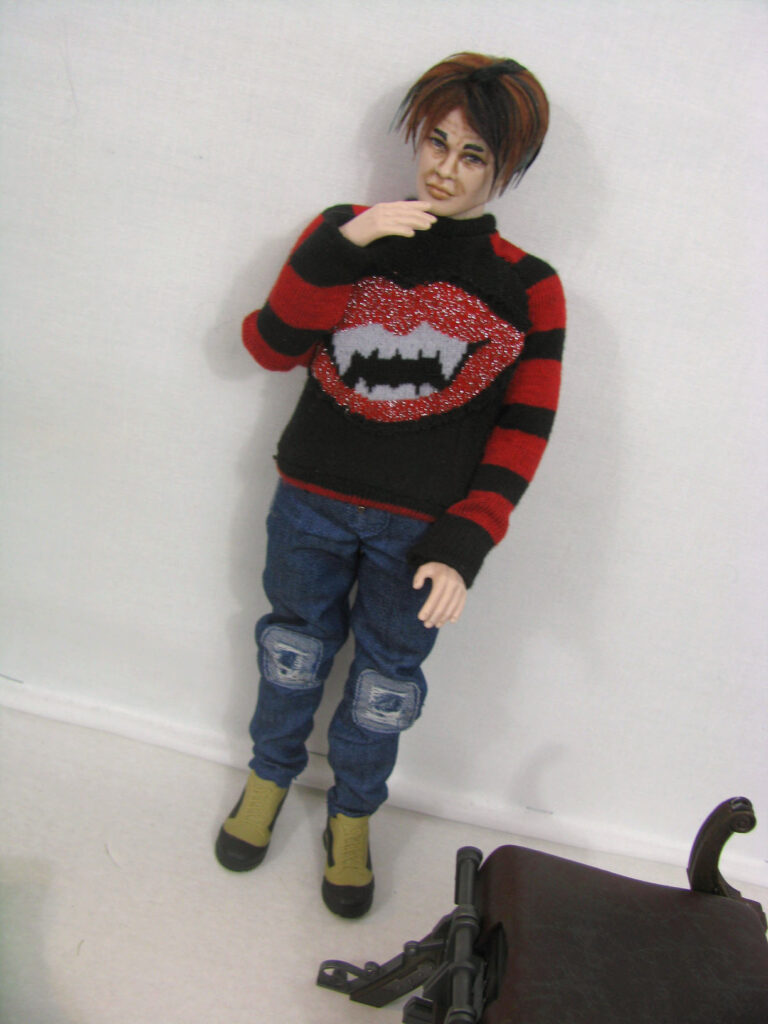 I am never getting an FR dude again. Their heads are workable, but their bodies require too much modification to fit my standards.

Okay, I’m done with this project. Get off my desk, Barrett.