@natalunasans sent me several sets of 1:6 scale accessories made by Battat for their 8″ Lori dolls. As you can see, they all work great for 1:6 scale people. While not on the level of Rement, all pieces show very good molding, sparing but realistic paint apps, realistic color schemes, and overall charming design. Better than Mattel playline.

Also starring a plastic overstuffed chair that came along with my Pop Toys British Detective [unlicensed Benedict Cumberbatch as Sherlock from the Abandoned Bride ep of the eponymous show set in 1895 or something]. And finally you can get a good look at the Stylist, who is a 2016 AA Holiday Barbie headsculpt on a Made To Move Body. I removed her eye makeup, brows, and lips, adding new brows, new mouth, and, of course, shading around eyes and nose. I also added a scar on her forehead because she was going to be Alison, but she doesn’t look like her.

Anyway, here’s the Stylist plowing her way through a selection, with eventual interception from the Master, whose pantry all that stuff was in. :p

No, apparently my Time Lords don’t have adventures; they just hang around and annoy the shit out of each other. 😛 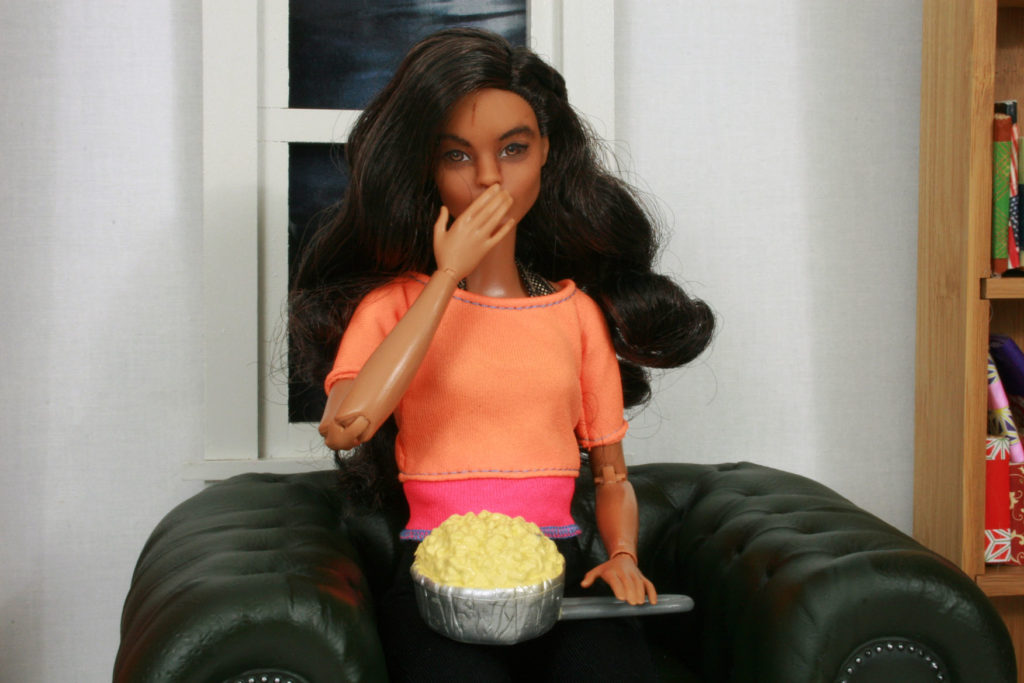 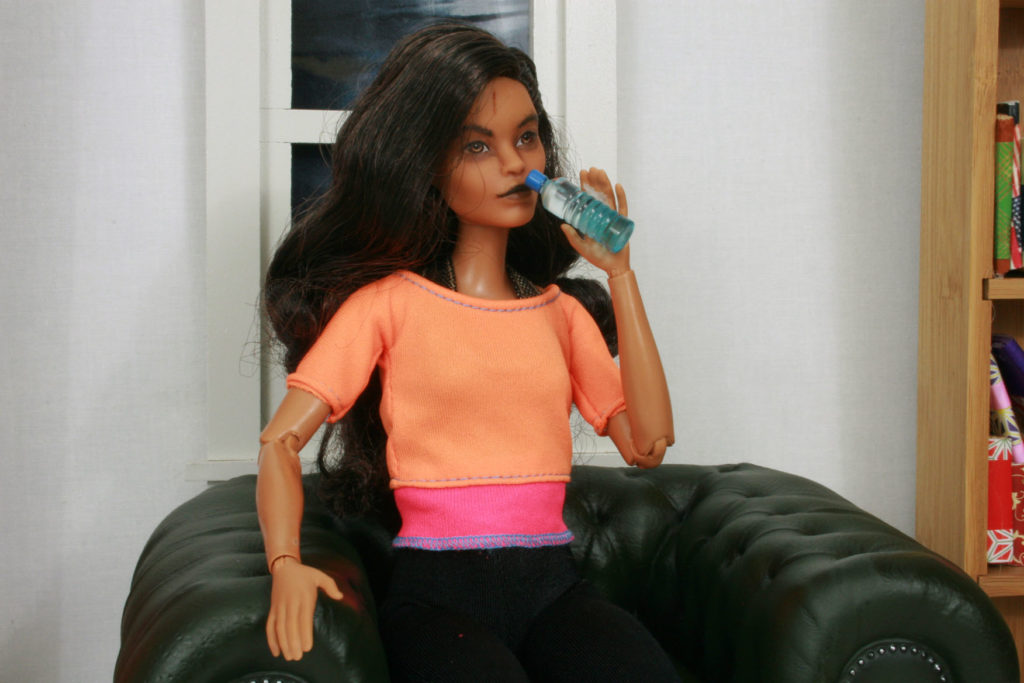 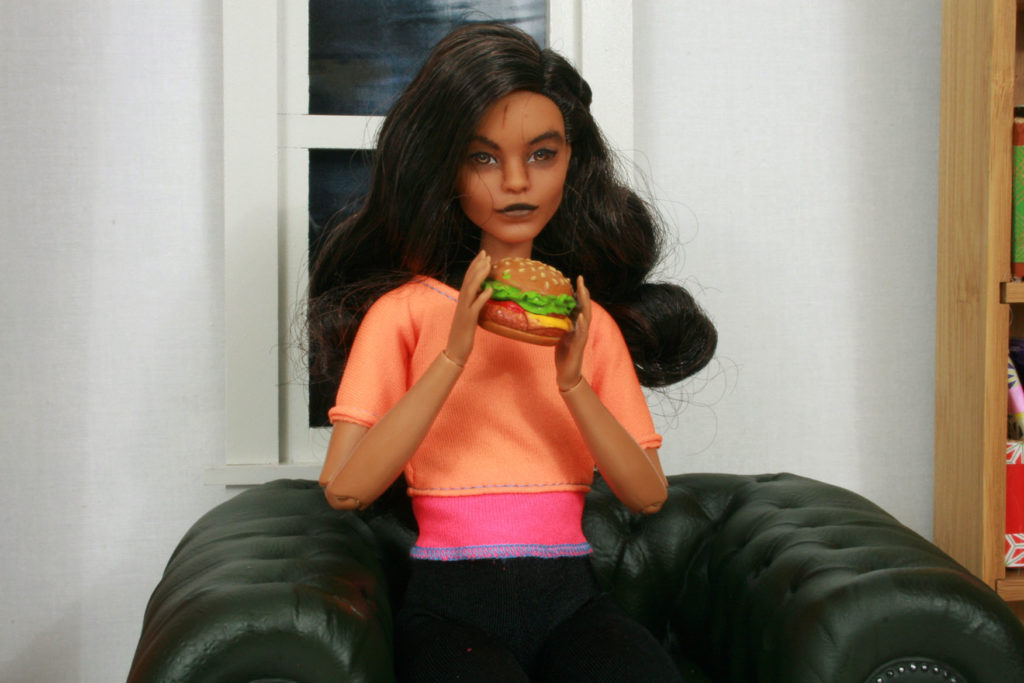 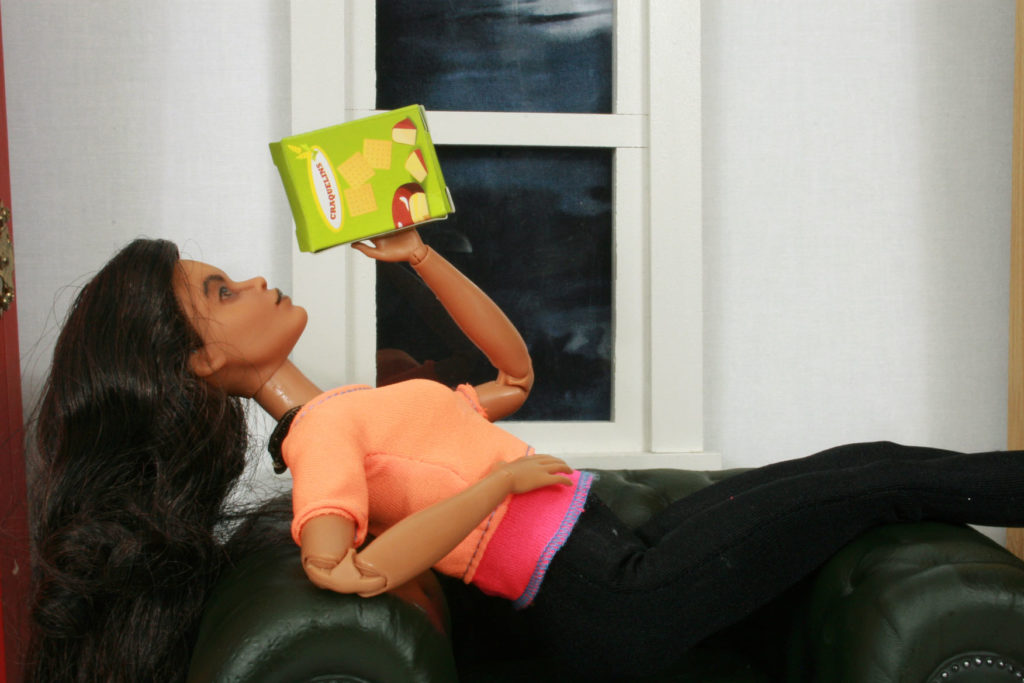 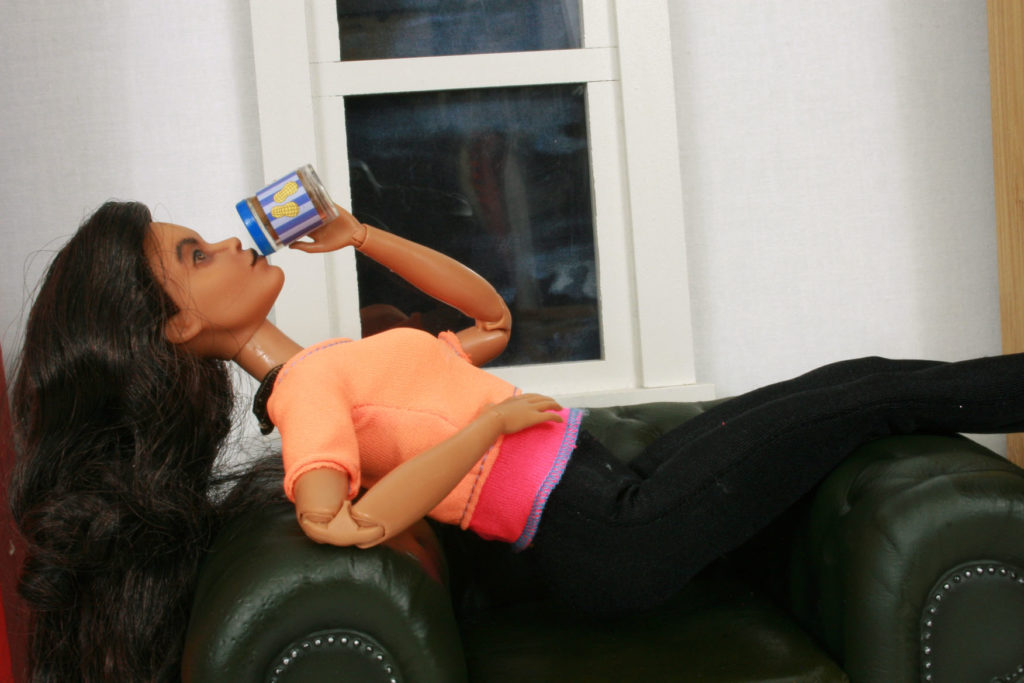 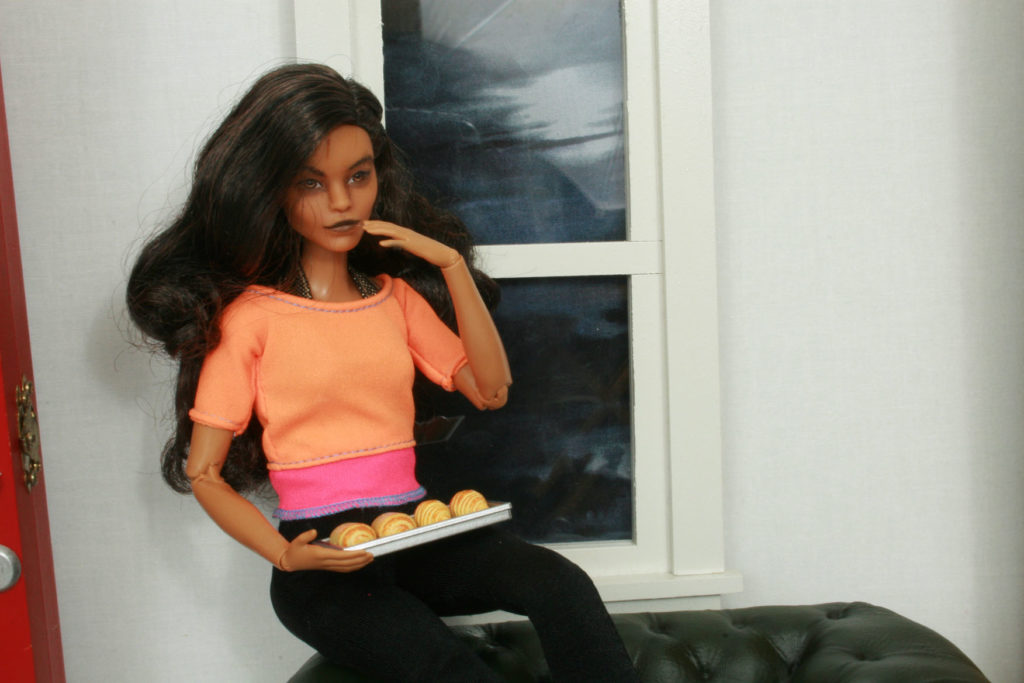 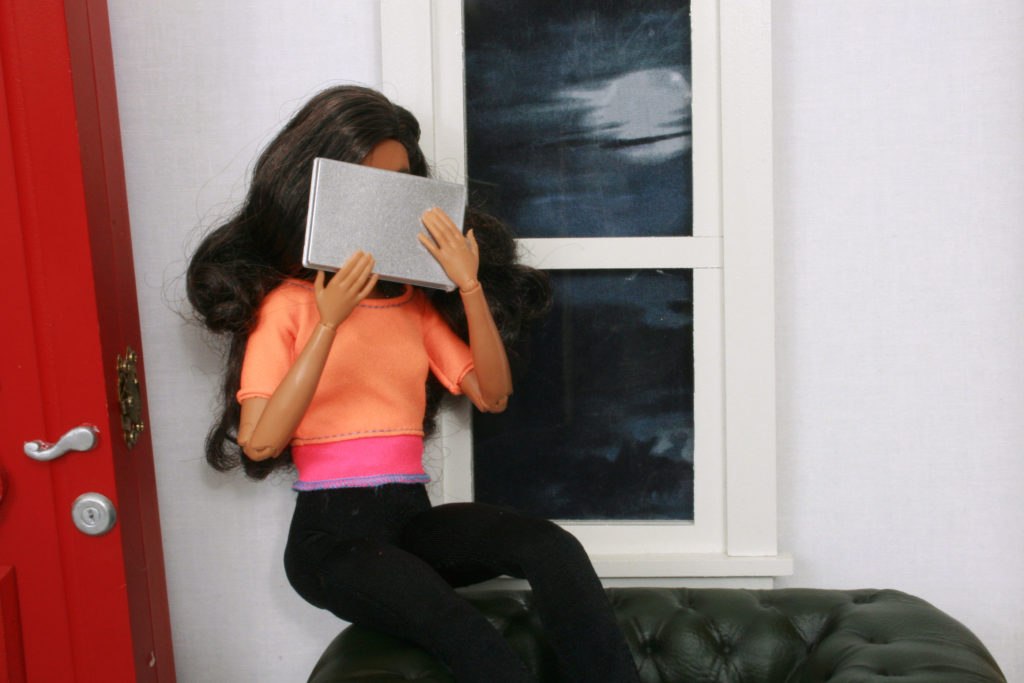 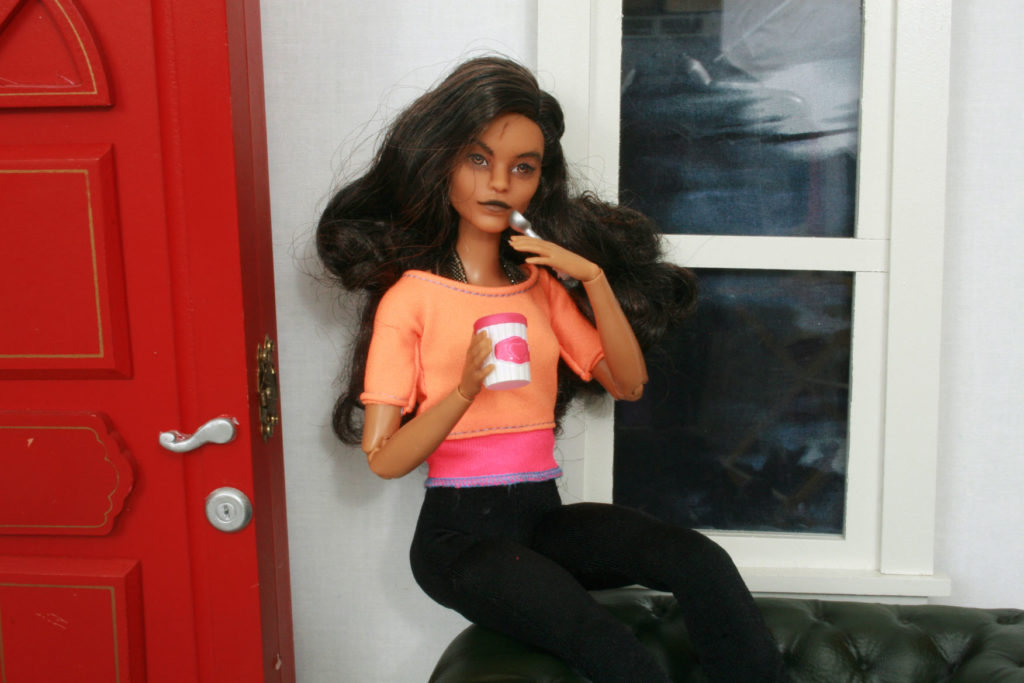 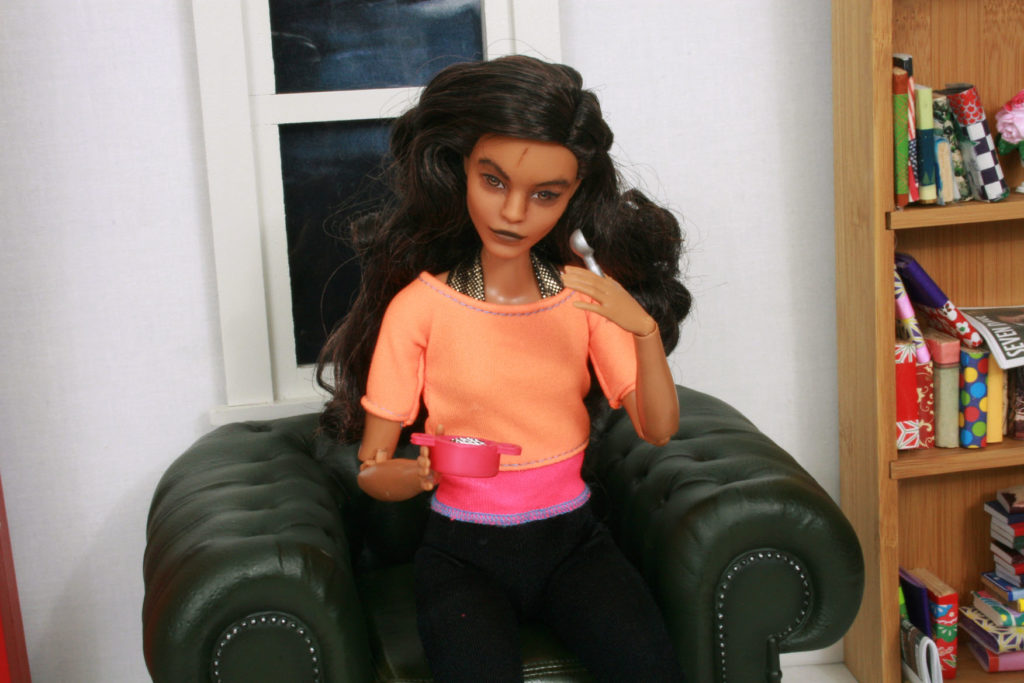 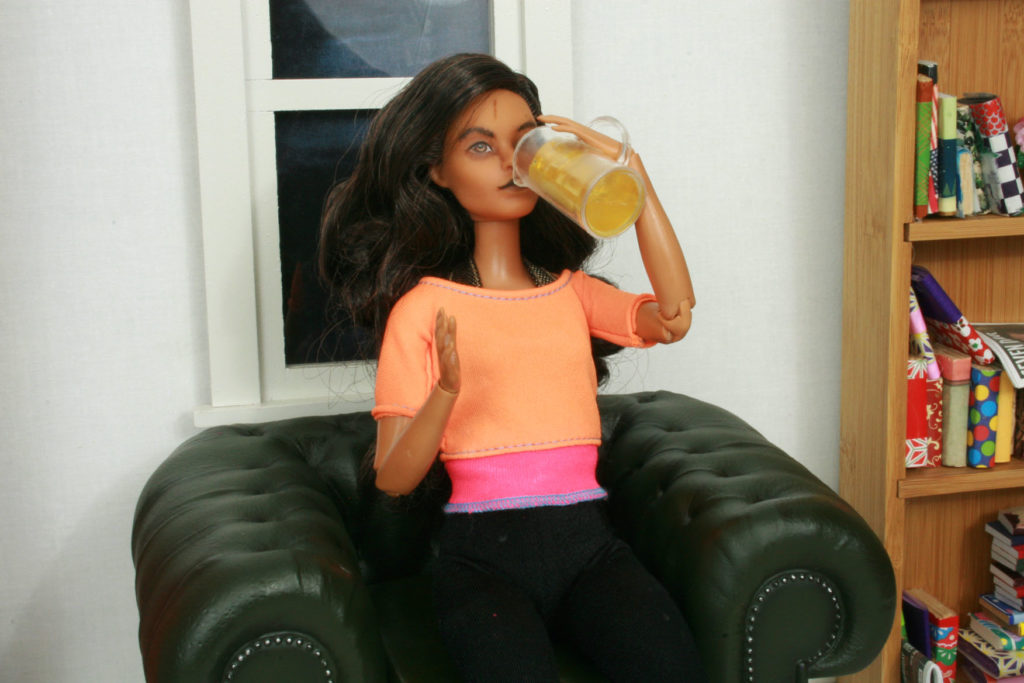 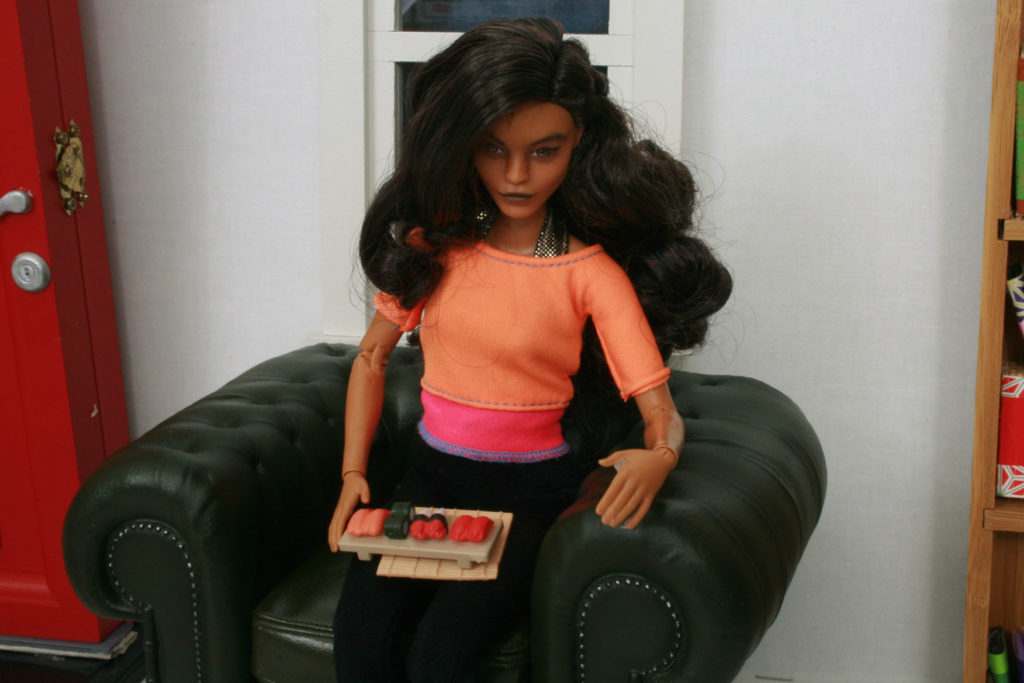 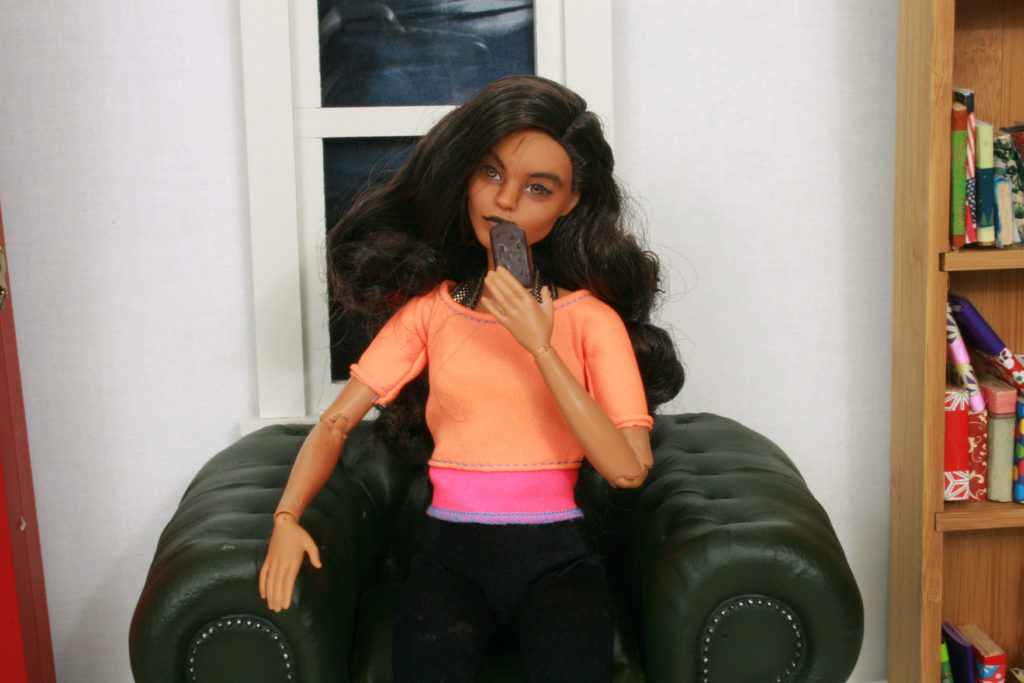