I recently purchased an 11cm Obitsu body with the thought that I would articulate one of my 1:6 scale younger kids. Well, when I discovered how floppy Honorine’s resin body was today, I decided to experiment. I enlarged the neck hole in Honorine’s head and popped her on the 11cm Obitsu body. She now has much more articulation than she ever did on her resin body, as the 11cm Obitsu has ball-jointed neck, shoulders, elbows, wrists, torso, hips, knees, and ankles. It’s even got double-jointed knees, a tripartite torso, and an amazingly tight set of joints. Anyway, she’s now nearly a head shorter than the other inhabitants of House Rainbow Barf, but I’m okay with that.  Pics below. 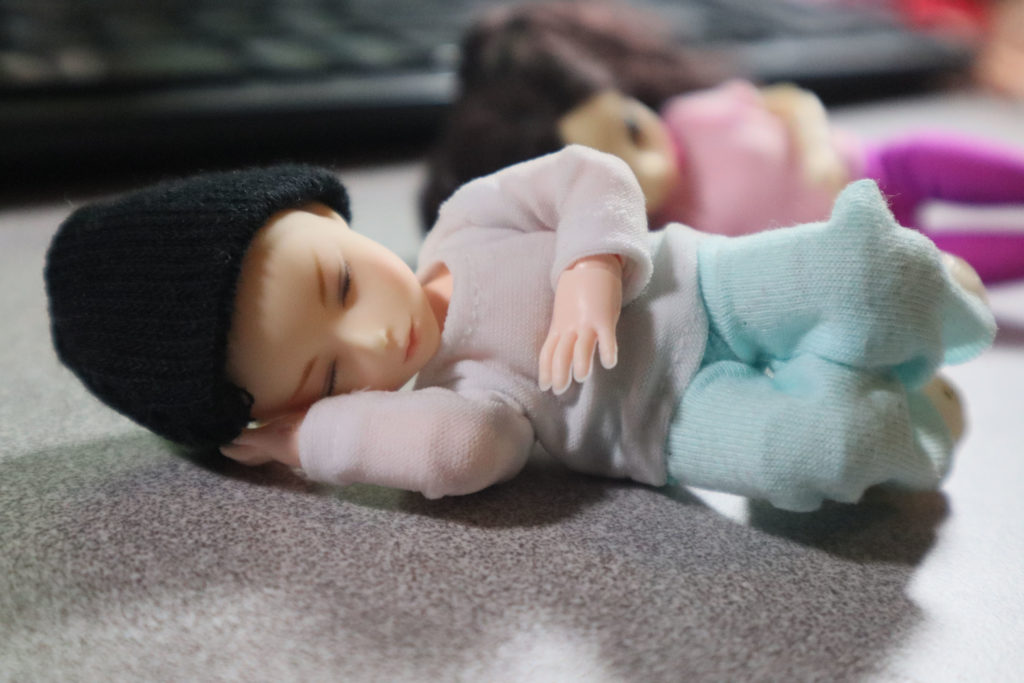 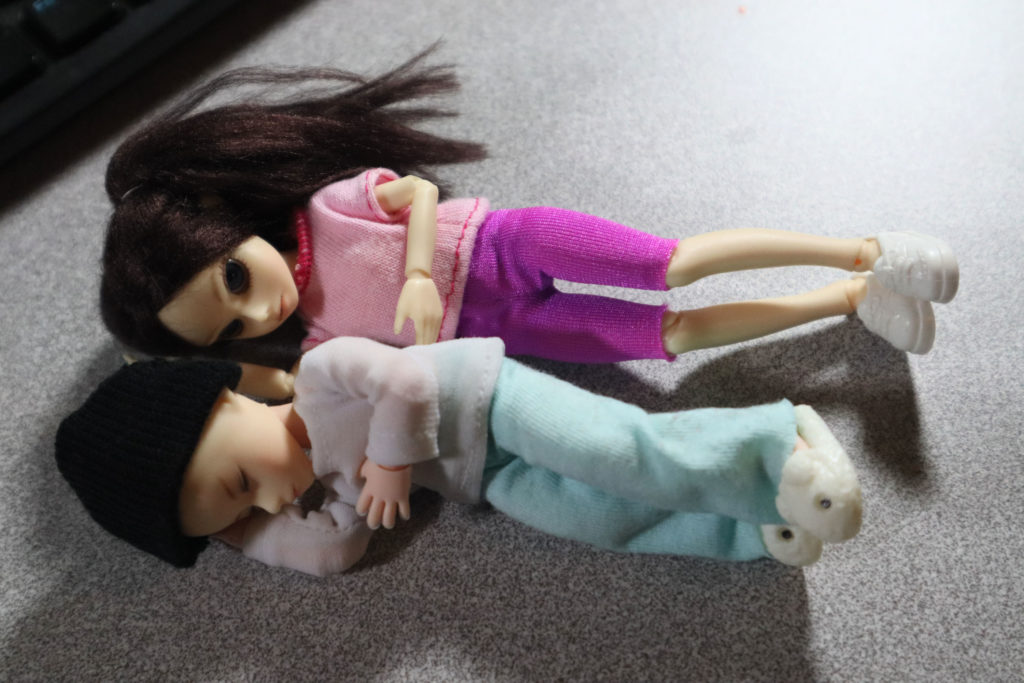