Thwarted in my quest to refine the goggles because all the craft stores were closed today, I worked on my crocheting skills. Instead of using a small yarn that showed my mistakes more clearly, I chose a soft, fuzzy, pink yarn that camouflages skipped stitches and irregular gaps! It is called Caron Bliss, Article BL1000, Color 0002 Cotton Candy. I think I got it at Walmart. I liked how soft and violently bright it was. Sardonix, however, did not. See discussion and pictures below.

I worked this hat differently than Submit’s smaller hats. I used a 2-1-2-1-2 series of stitches in an unjoined spiral for the crown. I continued this pattern of stitches until the crown seemed the right size to fit over Sardonix’ head. Then I began to do circles of single crochets with each row joined. Thus I made the sides until I tried that hat on her and it covered her ears. As a result, I got a lopsided [as usual], irregular hat, but the frothiness of the yarn disguises most of my mistakes.

I’m more pleased than I expected with this hat. Having purchased the yarn for its obnoxious properties, I did not expect to produce a project that I was proud of. The messy, forgiving weave of the yarn worked to my advantage, though, creating a serviceable hat that looks much less atrocious than I feared. While I have not achieved the evenness and perfection of my fiancee’s crocheting [she’s the one who taught me], I am slowly mastering hats and becoming less self-conscious about my abilities. I won’t be selling any time soon [not unless anyone particularly wants a fuzzy pile of crocheted cotton candy vomit], but I slowly approach my goal: neatly done amigurumi animals. 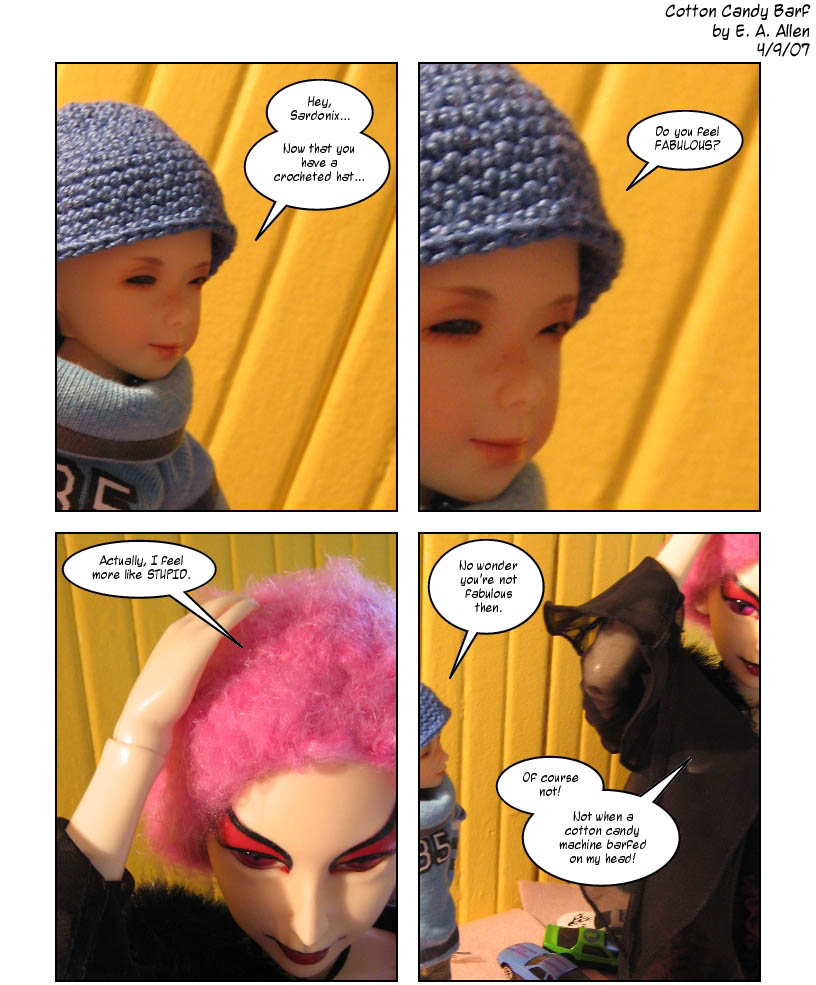 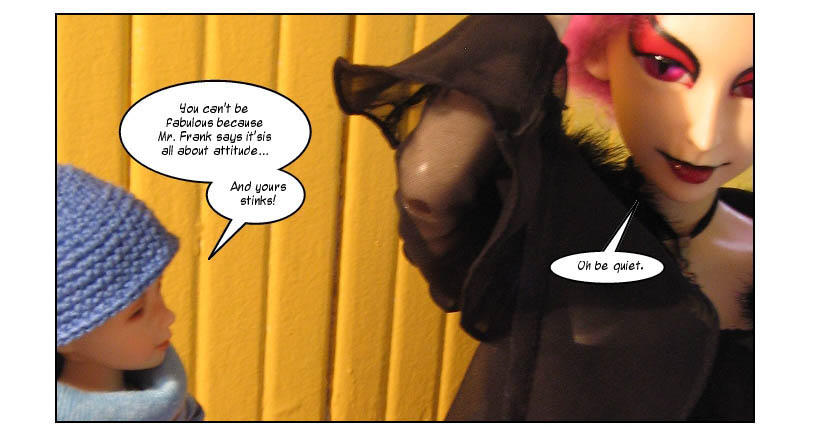 Since I know nothing about crochet, I’ll ask: how much more work would it be to make floppy berets instead of cloches? Just curious. Also: a-ha, now I know to whom I can send my snazzy yarns after I finish using bits of it for dollyhair.