Well, I just paid for Ethan’s clothes, so he will have a complete outfit of shirt [which I have], breeches, stockings and banyan [last three commissioned]. A banyan is a loose robe-like housecoat for men, often with Chinese- or Japanese-inspired designs. Popular during the 1700s and 1800s in Europe, the banyan reflected a fascination with "Oriental" culture and motifs. Don’t tell me you didn’t learn something today.

I was talking to cobroldy, who did Ethan’s outfit for me, about doing a dandy outfit for Will largely copied after the affectations of Oscar Wilde. I’m not doing it right now because I don’t have the money, but I do want to record some ideas and sources of inspiration. Will’s Wildean suit will be in shades of purple, most likely aping the style of Wilde’s suit shown in these photos: 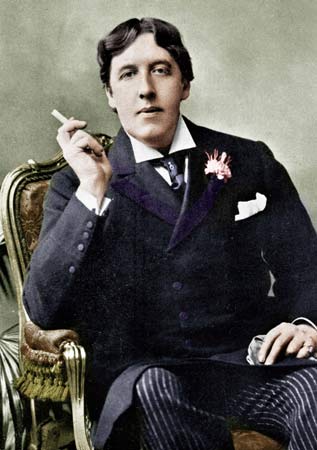 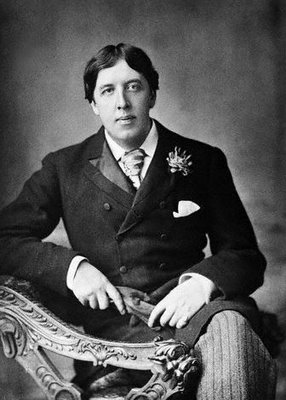 Color possibilities and agreements are inspired by Johnny Depp as Willy Wonka in the 2005 movie. Review of an action fig version here. For an overall sense of tackiness and pattern agreement, I’m going with Hot Toys’ Joker figure not for specifics, but for a general feel. I wish I could get the Joker’s clothes….

Will Ethan sport a fez, too?

Or, rather, a smoking cap.

And have a brandy snifter? :>)