After the great success of its original and striking series of monthly dolls inspired by zodiacal symbols, Soom has now created a mythical world with different zones pertaining to different elements and different doll characters as representatives from each zone. In practice, this means more dolls with limited, androgynous headsculpts, weird, fetishy outfits and therianthropic parts.

March’s issue, Cuprit, illustrates Soom’s smart capitalization on the most popular aspects of their previous monthly dolls. The Ice Queen character has pointy ears, horns, wings and hooves. The only thing that could make her even more desirable would be vampire fangs.

Though I hear some people grumbling about yet another doll with hooves, the majority of people interested in Cuprit are gushing with enthusiasm, even though her therianthropic parts have appeared on previous issues. Bravo, Soom. You know what sells, and you’re making money while making a lot of doll owners very very excited. 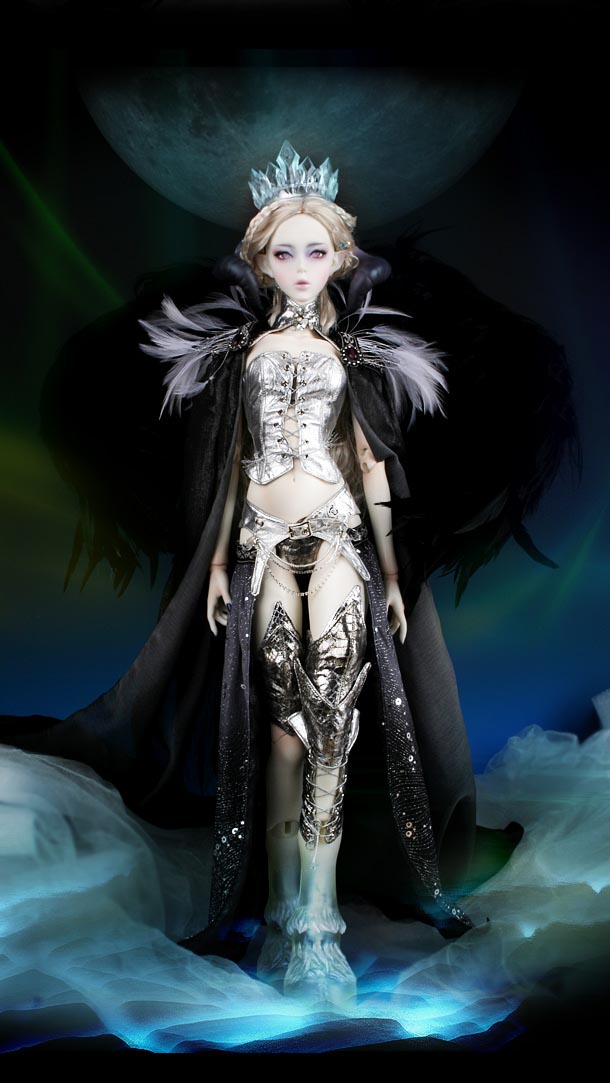 I missed out on Beryl .. but I don’t want clear hooves . I think Soom is also cashing in on the fact it’s monthly so if you miss out your screwed . it kinda makes the whole thing a bit frenzied .

Wow. She looks like something out of a Frank Frazetta painting. Not that that would be a bad thing. Very interesting.

I don’t see the horns….fangs would be nice.

More like the weird warped lovechild of Frazetta and Seddon Boulet, but I see that.

She’s definitely shaped in such a way that I start drooling and then remember “Wait, she’s a doll.”

The clear greenish resin is kind of odd to me, but she’s gorgeous. Soom got me on the tinies last month so I think I’m safe from them right now.