My Alvin Ailey Barbie arrived today. As you can see in the first picture, she was allowed to keep her leotard top, but Absinthe claimed her full, fluffy skirt. Absinthe always makes me think of flowers and lace, which is odd, given that she’s much more of an anise and wormwood girl.

The second picture shows how different two instances of the same headsculpt can look on different people. On the left, Shaniqua, a kind, cheerful, rather shy person who doesn’t really like talking about how thin she is because she’s naturally that way and she doesn’t think it looks that good. On the right, Velvette, the sterner, more cynical person who can wither bullshit in its tracks and who comes across as tough and self-deprecating rather than just nice.

I love the Mbili headsculpt. 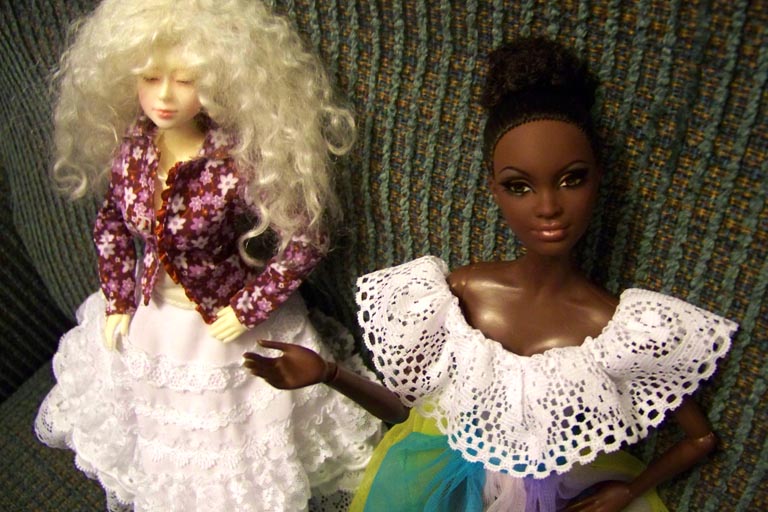 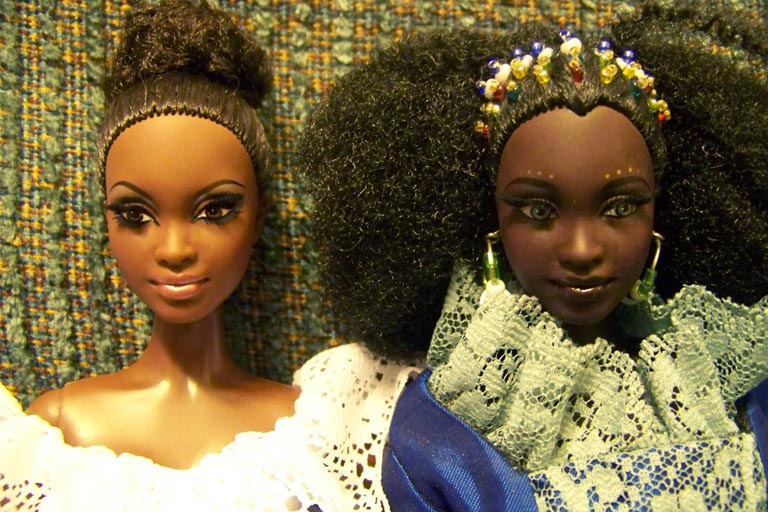 Ah! I thought that skirt would go for Absinthe – love her in that with the purple floral blouse. Interesting combination for her because the blouse makes her appearance more modern. Great mix.

Shaniqua is lovely. Velvette is lovely, too. I like how you establish the two different characters by pose and dress. I can *see* shyness in Shaniqua; I can *see* the cynicism and the toughness in Velvette. ‘Course it helps that I have seen and admired Velvette before – I love her fashion combinations; she really pulls off her own style. Velvette’s heavier, sturdier build also adds to her tough image.

Thanks for sharing these photos!