People in the Library of Intellectum keep finding it lying around on books like How to Create Your Own Homunculus, Artificial Lifeforms for Beginners and Ventriloquism for Fun and Sadism. Whenever a patron picks up the doll to give it to lost and found, the doll’s eyes glitter and follow the person, and it seems to start frowning. Inevitably, the patron, instead of giving the doll to lost and found, puts the doll in a dark corner of the library, hopefully never to be seen again. A few weeks later, the doll appears on an open book, seeming to read. It cannot be gotten rid of!

The doll is a V3 base with free Classic Elegance hair and a creepy, compelling texture by samildanach, Dulari Doll. Picture of naked doll below. 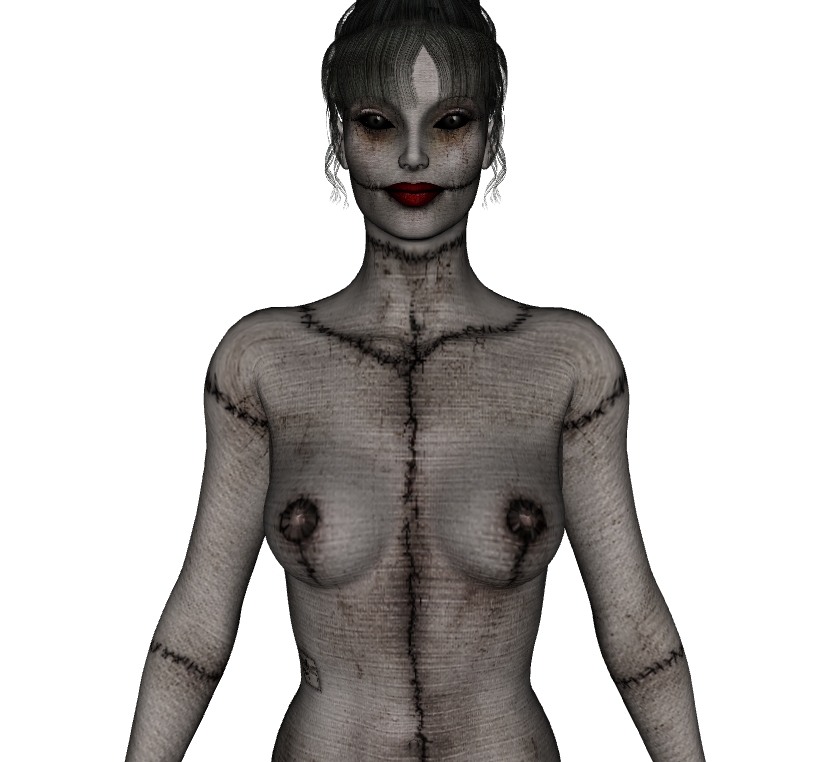 Did the library assistant choose companionship with the ghost, or did the ghost choose her? And did it happen before or because of the doll? *curious*