I bought my Souldoll Zenith Shiva G with the express purpose of making her look like Jennifer Connelly’s character, Sarah, in the 1986 fantasy film Labyrinth, which is my favorite in the whole world. My Sarah is not exactly the same character as Sarah in the film, but she is bookish, fantastical and quiet, like her film inspiration. Anyway, I wanted to give her the outfit that Sarah wears for most of the film when she is questing through the Labyrinth to rescue her baby brother Toby.

Arianne02 did the faceup to look like a young, freckled Jennifer Connelly, while the talented Isabeau made Sarah’s blouse and vest as accurate to the film as possible. The wig is a size 7-8 "brown black" from Monique. Soom supplied the Mecha Angel jeans [yes, I know they are sparkly], while the inaccurate [but still cute] stripey socks came from Obitsu, the black loafers [should be brown] from Dollmore. Just for an in-joke, I gave Sarah a button with a picture on it of Jareth, the Goblin King, who seems to be in love with her and who serves as her antagonist throughout the film. 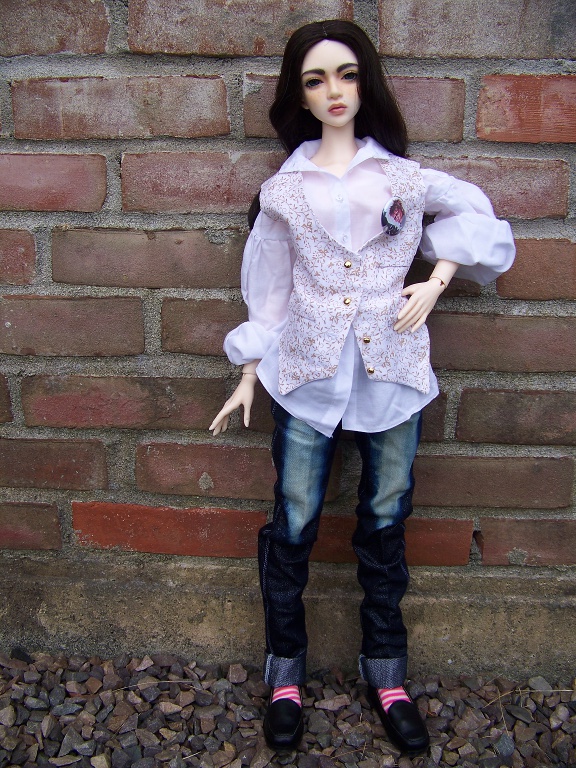 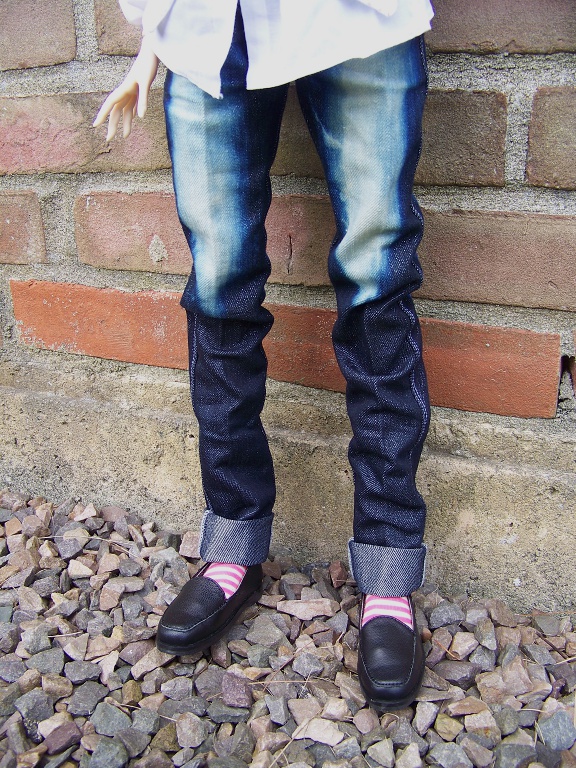 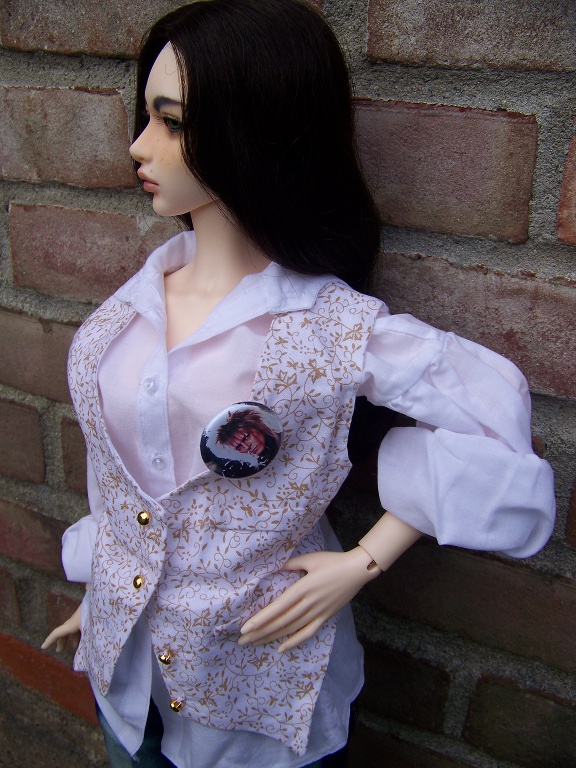 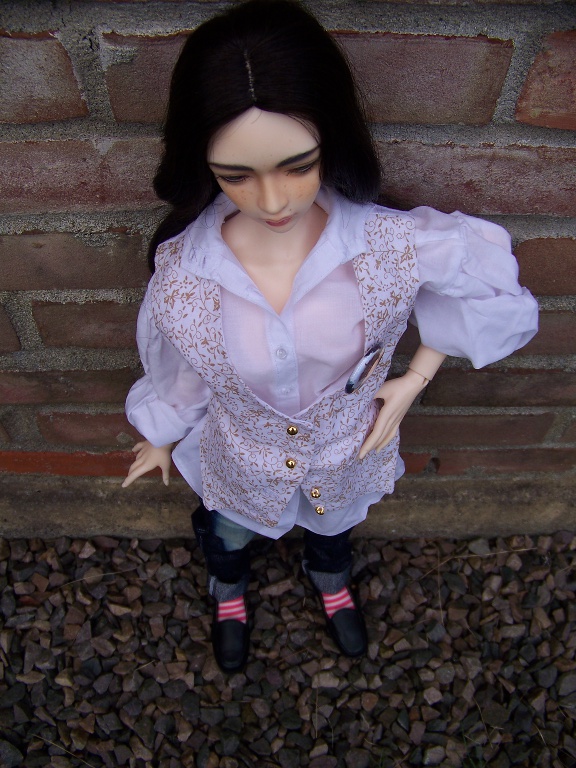 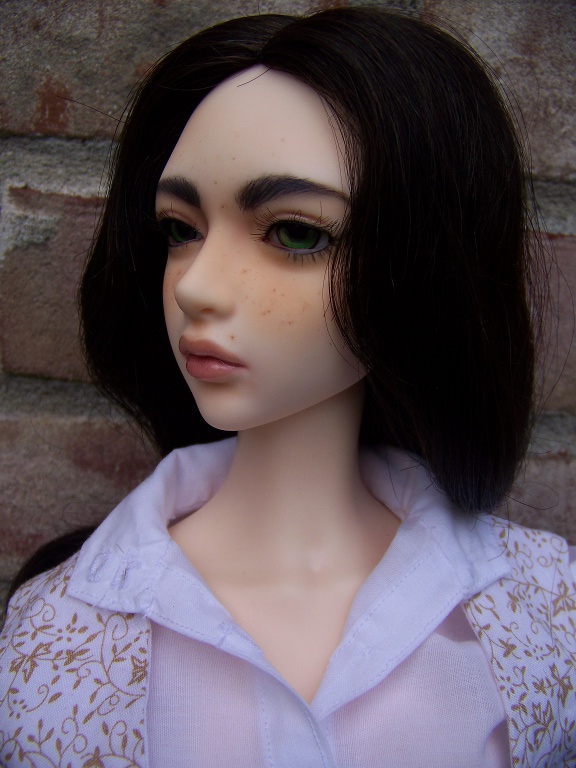 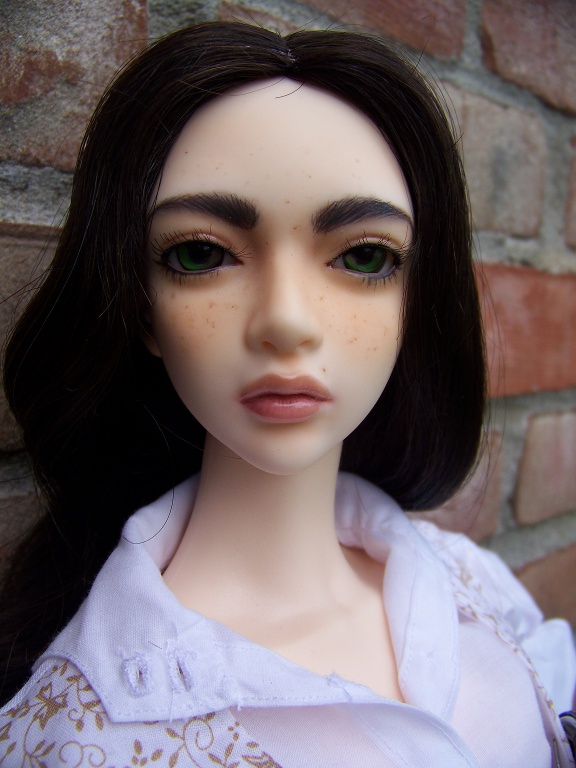