The seller liked August's open-eyed head, but I am fonder of her winking head, which I'll be using. Here's August with a wine-colored fur wig and an acrylic eye [unknown size] of green with a brown center. She came with both the wig and the eye. For some reason I'm thinking that the eye is 16mm??? The green and brown eye is very murky and doesn't catch the light at all, so let's try something else.

Same wig, different eye. This eye looks bigger than the previous one, so I'm guessing it's 18 or 20 mm. It's one of the extras that came with Araminthe, but I'm not sure of her eye size either. Red looks better, but it still doesn't catch the light enough. I don't really care about the color of my BJDs' eyes, but ideally the colors should catch the light and show true, rather than turning into black holes. Let's try one of Nathaniel's default eyes, 18 mm goldenrod. 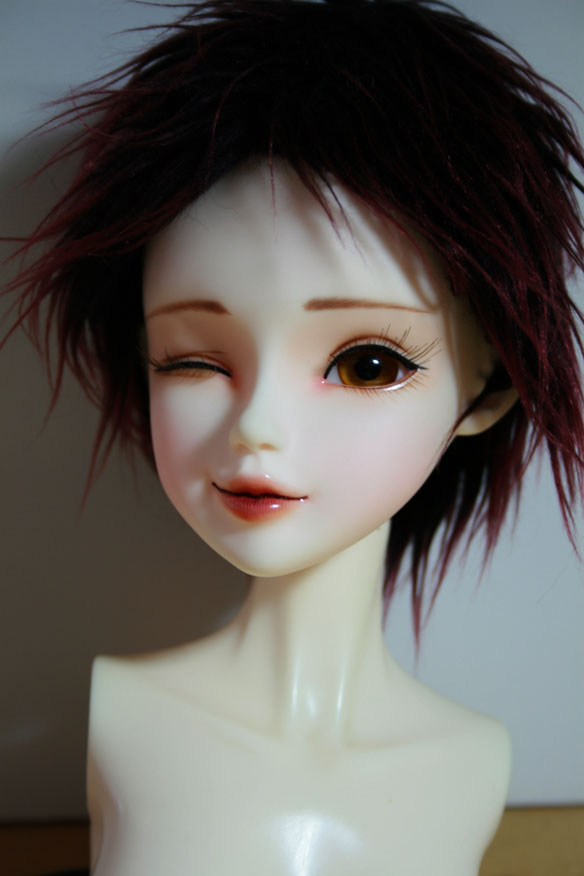 Oooh, very nice. There's so much more depth in this eye. I suppose I could purchase a very light yellow glass eye, even lighter than this one, but why buy when there's a perfectly good one hanging around the house?

Let's try some other wigs besides the wine one. Here's a hot pink yarn wig. It was originally made for Sarah, who has a 7/8 head, rather than August's 8/9. However, there is a lot of stretch in the elasticated crocheted cap. Very cute, but let's try something else for comparison's sake: another wig, originally for Sarah, but with a very stretchy cap. 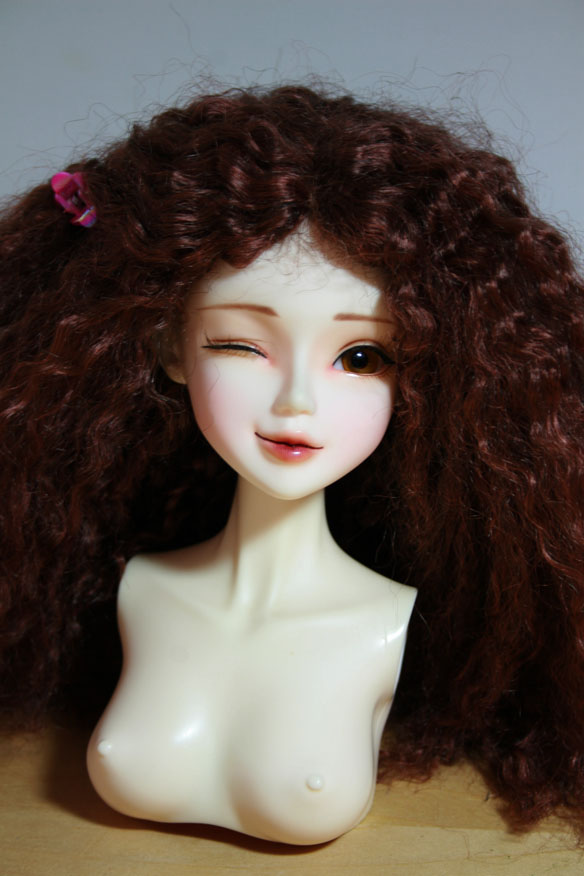 That looks good too, but too realistic. When in doubt, always choose pink hair because it is awesome!!

Closeup comparisons of August and N'Yenya in the next post!