As soon as I scrutinized her head, I was surprised by the rose grey resin color. I thought it would be like a greyish pink, but it's actually more like a light grey with light pink/lavender undertones. It's much lighter in color than I expected.

I really like the delicate, detailed sculpt. Look at the little upturn to the end of her nose and the small, serene smile. With those traits and big eyes as well, she looks playful, ethereal and mysterious. The simple faceup, dark colors, crisp lines, really accentuates her features without overwhelming them.

But those eyes! They're the BJD equivalent of this emoticon: O_O They can see forever. They can penetrate your soul. Nothing is safe from the Laser Eyes of Doom. I really like that they pick up light, no matter how much shadow they're in, but jeez Louise! She currently looks like that creepy person who never blinks and won't stop staring at you. I sure hope that swapping the 16mm eyes for 14mm ones will help reduce her thousand-yard stare. 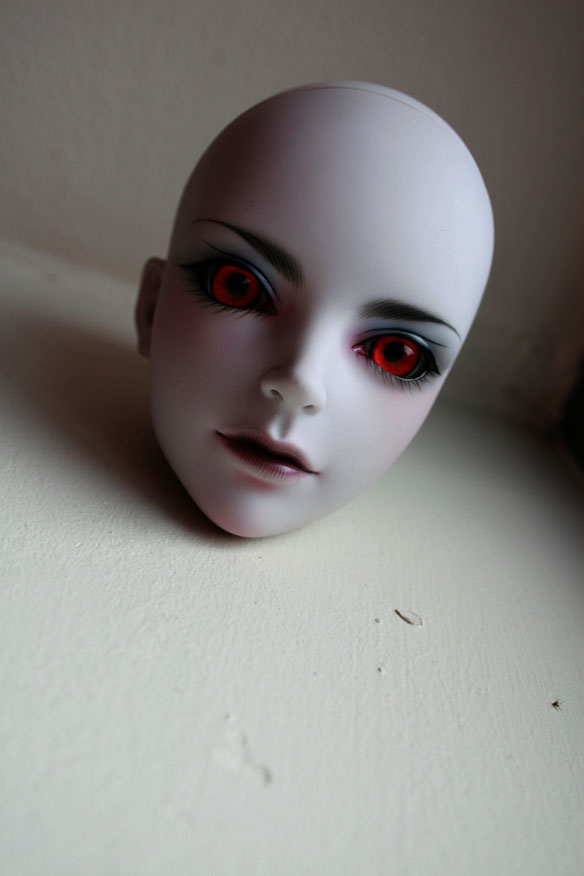 This is just a picture because I like Iplehouse's red button thingy on the back of their heads.