This Tumblr is hilarious. That is all.

I think the most clever thing about that blog is that it’s focused on bjds and their owners but it doesn’t show pics of them; it’s all about the emotions of the hobby. Well, that and it’s great for finding new reaction images.

Yeah, it’s refreshing to see a BJD blog that’s not infested with washed out, overfiltered photos of airbrushed Aryan hordes in frilly outfits. >_>

Jareth’s pale and going to wear frills, though. 😛

I was thinking more of those billion-dollar CheeryDoll or Baby The Stars Shine Bright outfits that actually outweigh the doll due to the weight of ribbons, ruffles and petticoats.

As for Jareth, he’s not washed out and overfiltered, primarily because I’m too lazy to futz that much with elements.

And yes, I thoroughly acknowledge that he falls into the stereotype of queer, cross-dressing, androgynous, magical, inhuman Gary Stu, but I console myself with two facts: 1) He was a queer, cross-dressing, androgynous, magical, inhuman Gary Stu decades before I discovered BJDs, so he’s not hopping on any cool trains. 2) At least he’s not an angel or a demon who gets into incredibly cheesy photoshoots with his boyfriend. There STILL appears to be an infestation of them on DOA, even after all these years. >_>

Hehehe, yeah the over-the-top “lolita” fashions can be too much for the eyes.

One benefit to viewing those demon dolls is when they’re a Soom Sard, or at least have the hoof-legs. I love satyrs, so I’ve toyed with the idea of Sard-legs for a future bjd guy.

Sard is pretty hot. That’s why I have Mellifer, a Soom Metato who has the exact same headsculpt [except for ears], just in 1:6 scale, rather than 1:3. Someone on DOA wrote that he was “Diet Sard, now in fun size,” which cracked me up. ^_^ 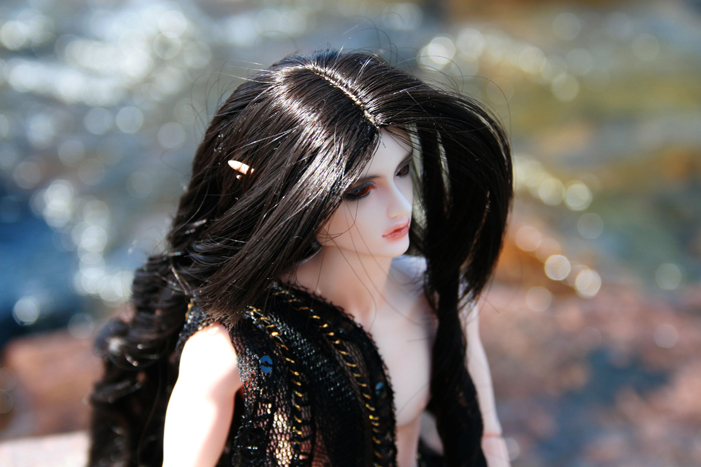 This is one Sard pic that made me fall in love:
http://yenna-photo.deviantart.com/art/Whispers-132105864

That’s very cute. I like how one is whispering and one is listening.

I’d love to get 1:6 scale hooves for Mellifer some day….