I finished shelving books on my 1:6 bookcase made from a repurposed drawer organizer. A shipment of premade dummies in two sizes arrived today from Factory Direct Crafts, so I spent from about 1:30  to 9:00 PM [with a break for an appointment, a brief trip to the grocery store and dinner] completing the project.

I’m not the sort of person who feels the need to scan actual books and print out their covers in 1:6 scale for a library appropriate to each character. However, I was dissatisfied with the plain, undifferentiated spines in the earlier iteration of the bookcase. I spent most of those hours creating unique dummies with the help of solid origami paper, patterened origami paper and gift tag stickers with vaguely Xmas- and winter-related patterns.

I also endeavored to arrange them in an aesthetically pleasing fashion, representing a variety of heights and colors, as real bookshelves do. Then I glued them into blocks of several books, but these blocks are not glued to the shelves. Instead they are kept in there by the fact that everything is wedged so tightly. I’m sure there’s a technical term for that, but it escapes me at the moment.

Anyway, behold the bookcase! Though it’s currently displaying Peter’s interest [flora], this bookcase, like pretty much in my collection of 1:6 scale set pieces, will be used wherever a full, well-used library is needed. In fact, the shelves with the flowers and lava lamp I have intentionally left open so that their contents can reflect the bookcase’s current owner: cacti for Peter [have to make some of those], 1:6 scale figures for Ellery or Isabel, zombie dolls for Theophany, mementos mori for Lucian, etc. 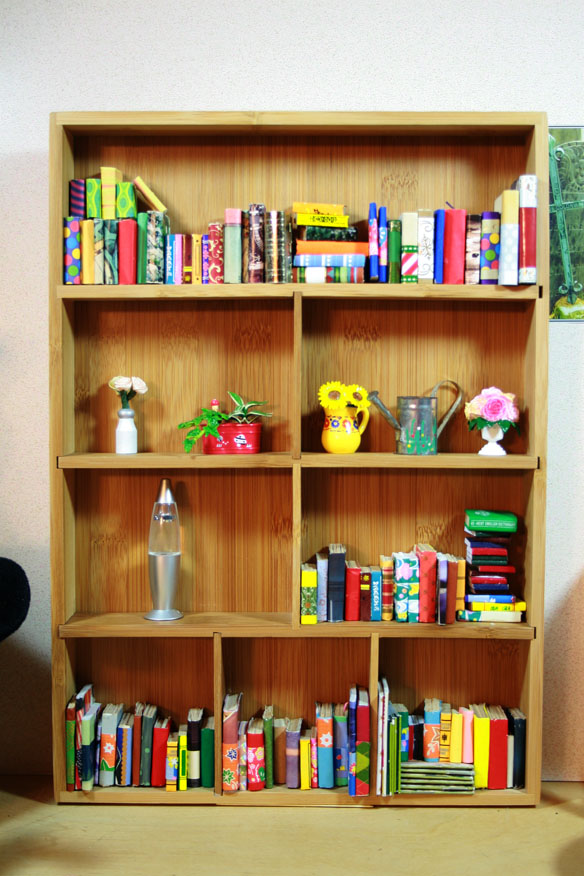 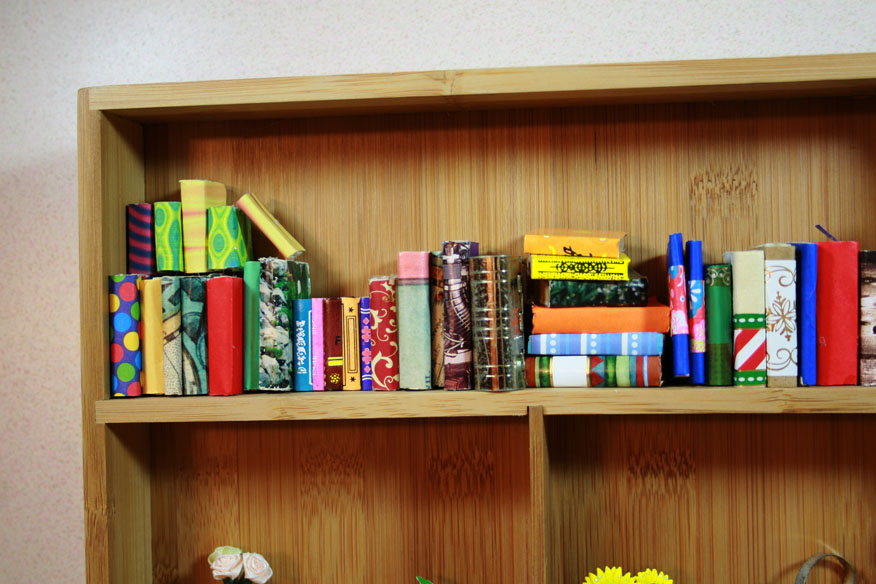 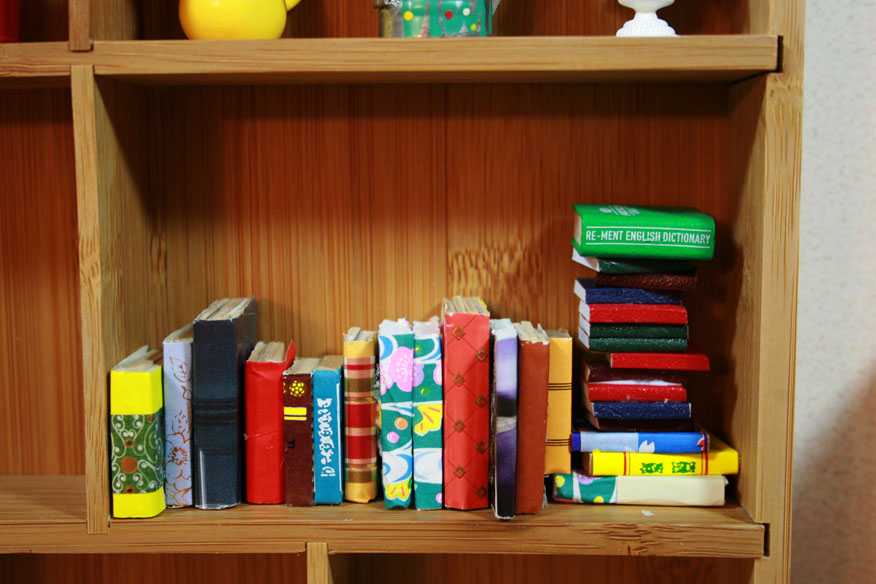 And here’s Peter as he currently looks. I have yet to replace that horrible molded mohawk with a fiber one, but I repainted his eyes by giving him red irises and heavier eyelids with black paint. I added some bracelets out of origami paper [which I don’t think I’ve ever used for origami] and swapped out his pants for these monstrosities, which are actually OJI Toys’ "panty hose" for fem figs with the feet cut off to make leggings. Peter is under the impression that he’s stylin’. I’m under the impression that he’s cutting off circulation to his junk. :p 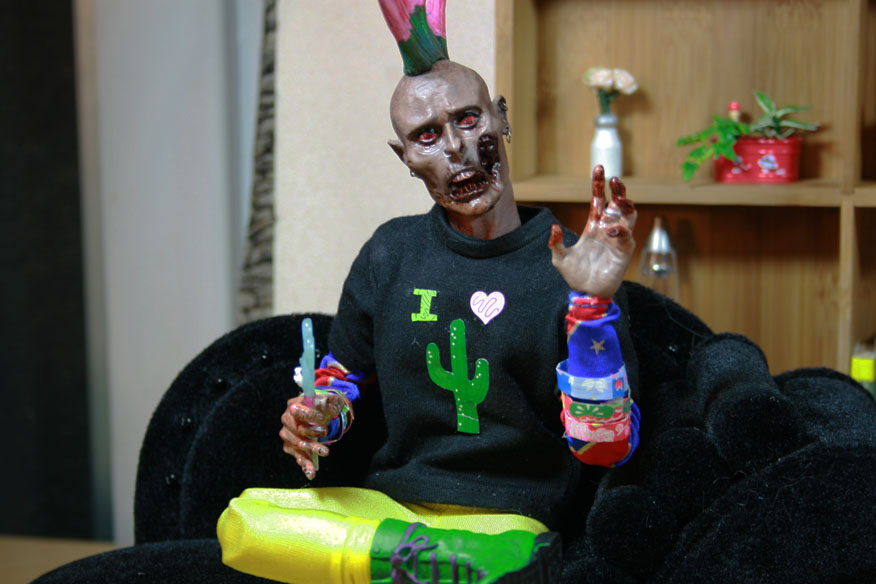 This entry was originally posted at http://modernwizard.dreamwidth.org/1432224.html. You can comment here, but I’d prefer it if you’d comment on my DW using OpenID.

I tried to comment on your DW using OpenID, but it said “No!” 😛 Was that shirt originally Mark’s?