My package from stupid.com, containing a toilet and a blender, arrived the day before Xmas. Finally got around to playing with the toilet today. 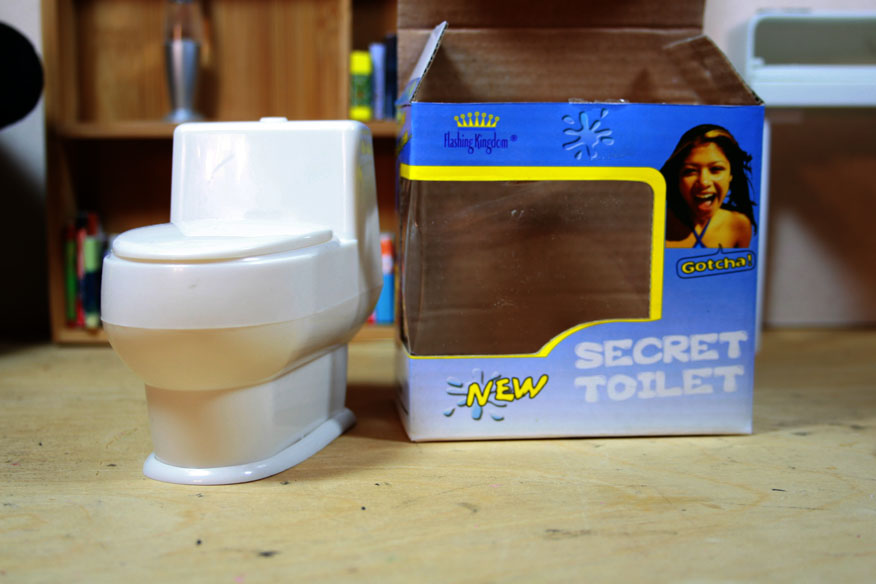 Out of the packaging, showing measurements. 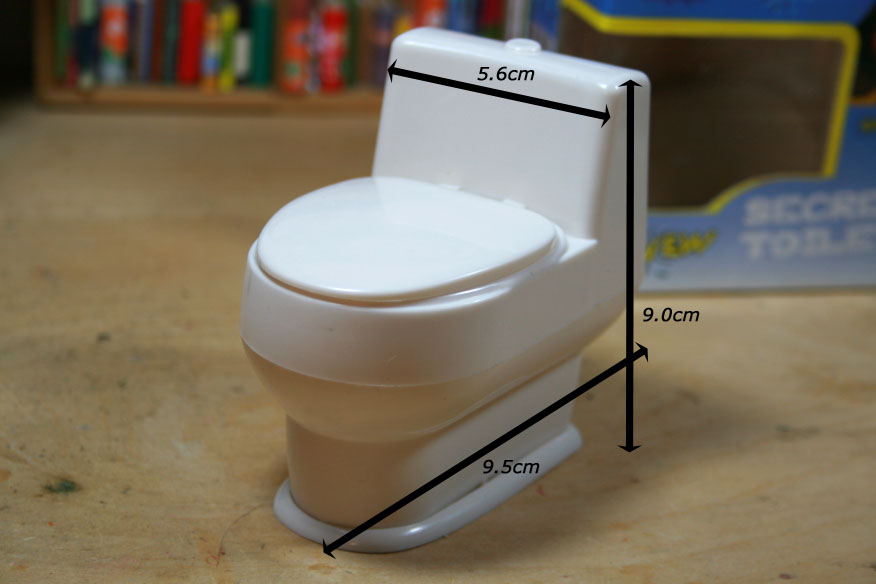 Between its unveiling and its initial use, I had to perform some modifications on it. I unscrewed the base and disassembled the whole thing to remove a soft plastic squirty bulb in the bowl. I also trimmed off some excess plastic on the bottom inside of the hinge for the lid; otherwise, it would not open all the way.

Just so you can tell that it’s really, truly in scale, here’s Peter using it. Poor Peter! 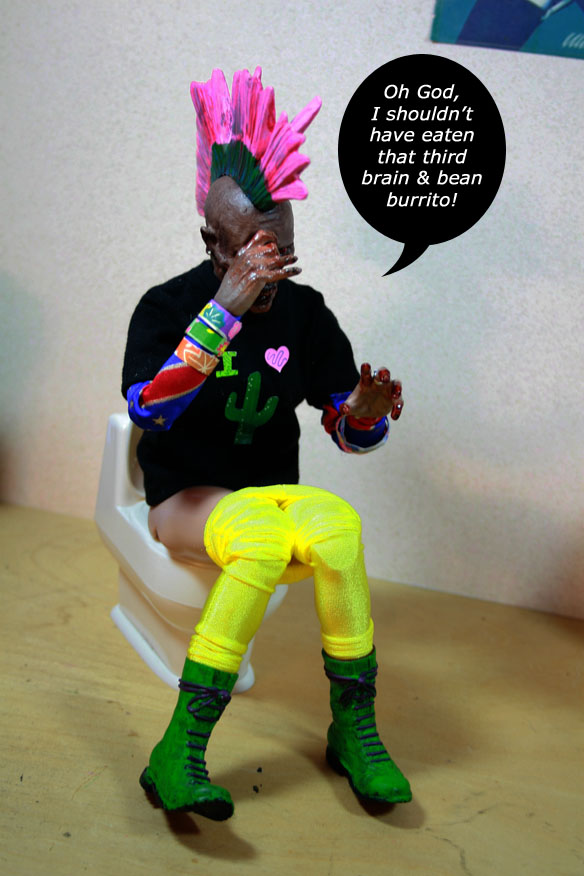 This entry was originally posted at http://modernwizard.dreamwidth.org/1432451.html. You can comment here, but I’d prefer it if you’d comment on my DW using OpenID.