Souldoll Soul Little Metel arrived this morning, along with some 1:6 scale accessories and set pieces. Thanks, Christina/allurose!

I named my latest arrival for ease of filing, even though she has no background or role yet. Her name is Sylvia Blomqvist. Interestingly enough, Sylvia comes from Latin silva, meaning forest, while Blomqvist is Swedish for bloom + twig, so she has a very arboreal name.

Here she is next to Isabel [an Elfdoll Doona Ryung head], who is temporarily on a Soom Mini Gem old style body. Sylvia’s proportions are much more robust than the Mini Gem’s overall. While the Mini Gem has a rather flat body back to front, Sylvia’s has more depth. I feel like Sylvia was sculpted with reference to an actual human being, while the Mini Gem was sculpted with reference to a Barbie [just look at the minuscule hands and feet!].

Sylvia also has beady little eyes compared to Isabel. Isabel has 8mm eyes. I think Sylvia has 6mms, maybe even 5mms?! Her facial proportions are closer to that of Lumedoll Lumelights, who all have 6mm eyes. I much prefer 8mm over 6mm eyes in 1:6 scale BJDs. 6mms just get lost in shadows.

The Mini Gem body is also taller than Sylvia, mostly in the legs, abdomen and neck.

Sylvia came with a bunch of stuff, including the light orange wig, the Rement mugs and golden utensils and the red lamp. I like the lamp, except for its screamingly obvious mold lines down the sides. I’m thinking about repainting it in more neutral colors. Maybe black over all the red and silver over all the gold. The gold paint is sloppily applied anyway. Or maybe the whole base should be black in an attempt to make the mold lines less visible. 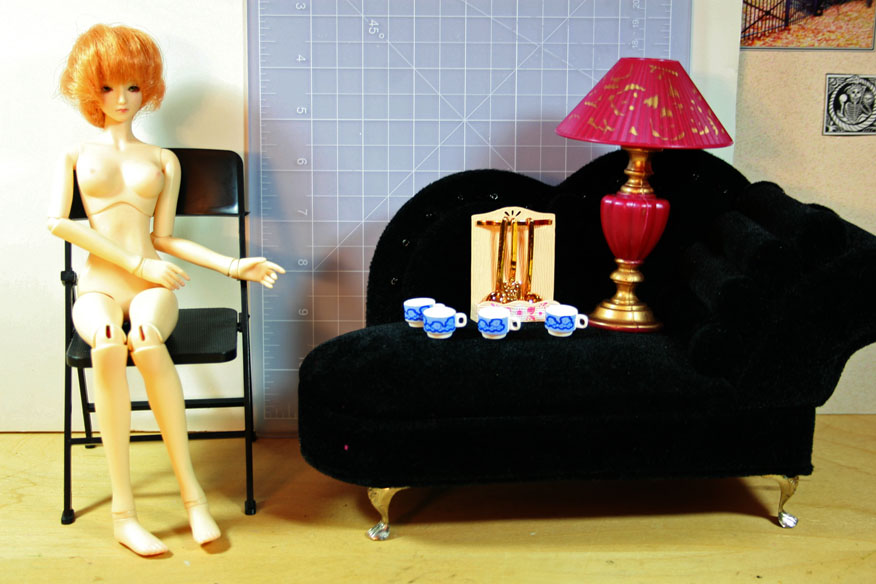 I also got a shojo screen. I’m going to cover up the cats with sheets of patterned origami paper. For some reason, I think the cats make the screen less broadly applicable to multiple scenes. 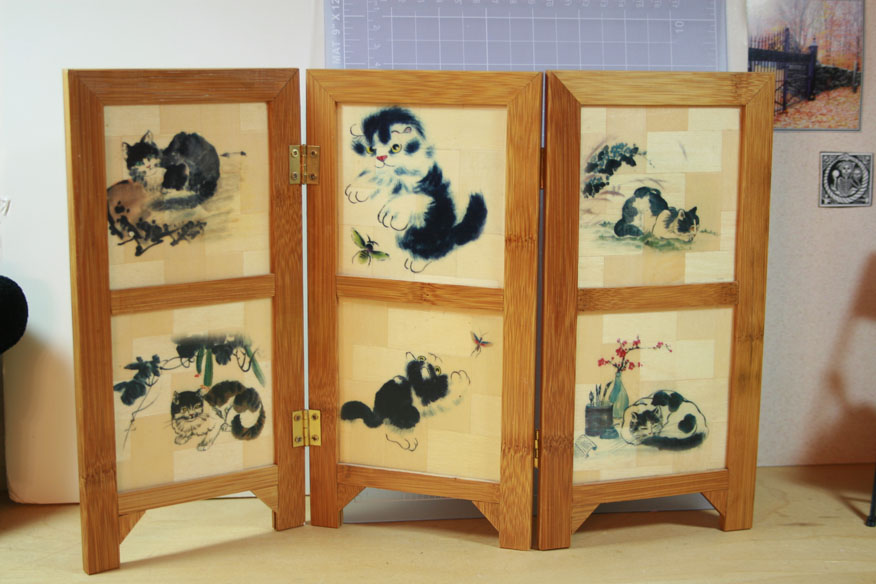 Finally, there was this monster: 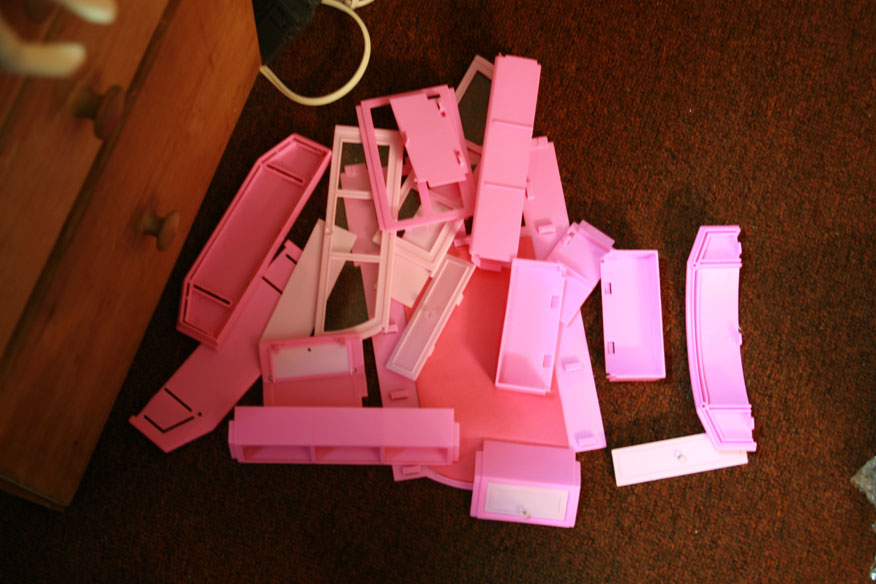 It’s a Gloria hutch, and it is the spawn of Satan! No wonder Christina was getting rid of it. Like most flat-pack furniture, it came in way too many pieces with minimal instructions — i.e., none whatsoever. I tried for about 15 minutes to set it up, but it frustrated me at every turn. Finally I threw it in a bag for Goodwill. Good thing I didn’t pay anything for it!

This entry was originally posted at http://modernwizard.dreamwidth.org/1448357.html. You can comment here, but I’d prefer it if you’d comment on my DW using OpenID.