So the doll that was going to be Dillon, Isabel’s ex, coworker and car buyer, told me that she was not actually Dillon; she was Brandeis Weaver, Toxic Waste denizen. Just to refresh your memory, she is an Alchemic Lab Unoa Light Azurite [the dude — I can never remember which name goes with which one].

I only know a bit about Brandeis. She’s a PWS in her teens who, as a homeless person, lives in Toxic Waste. The physical effects of her spondis are relatively mild. She uses a cane [not shown] in large part because she has lost several toes on each foot. Mentally, however, she has a very ineffective short-term memory, which leads to her carrying around notebooks and writing down everything.

Her parents kicked her out of her house about two years ago when they found out that she was trans. She ran away up here with her 25-year-old girlfriend, whose father lived in Winooski. She and her girlfriend lived with her girlfriend’s father for a short time until she couldn’t sleep, hearing their fights, and she began to fear for her safety. She had good reason to worry, as the violence spilled over onto her when she found out that she had spondis; her girlfriend began yelling at her. She ran away again, ending up in Toxic Waste.

Brandeis spends time studying for her GED and hanging around Outright Vermont [more research needed]. She has characters in her head that she has long-running, complex relationships with and that she refers to as if they are outside of her head. She’s shy and kind of flinchy, but she talks volubly when she feels comfortable with someone. She calls herself an airhead because her memory is so poor, but there’s actually a lot going on in there. She hates when people raise their voices; it makes her cry. She also is deathly afraid of being cold. She has a HUGE CRUSH on Peter, which is actually causing her somewhat of a crisis, as she was pretty sure she was a lesbian until she met him. [Jeez, who doesn’t have a huge crush on Peter? :p]

Uh…okay…maybe I know more about her than I thought. ^_^

Oh right! Pictures! Here she is without a faceup. She still needs face paint, a cane, some notebooks, a backpack, weathering and rips in her jeans and weathering on her boots. 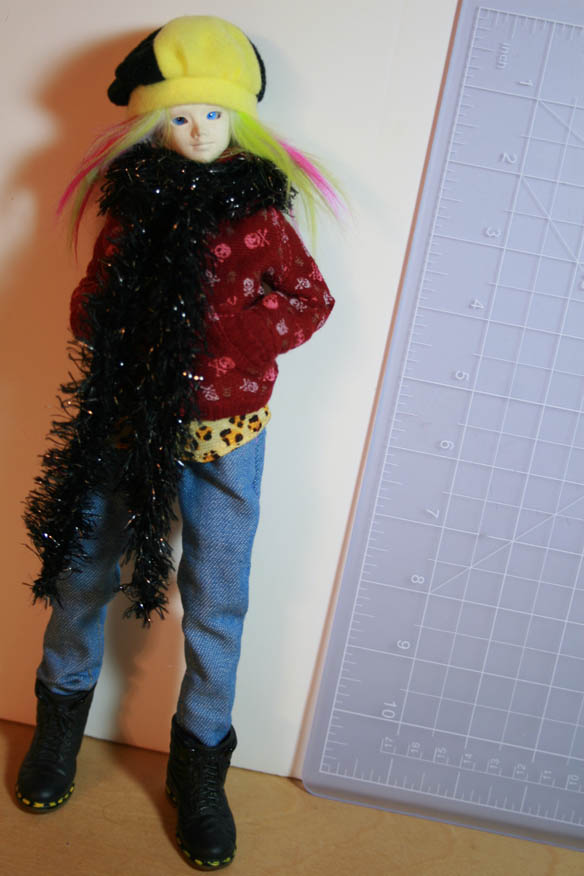 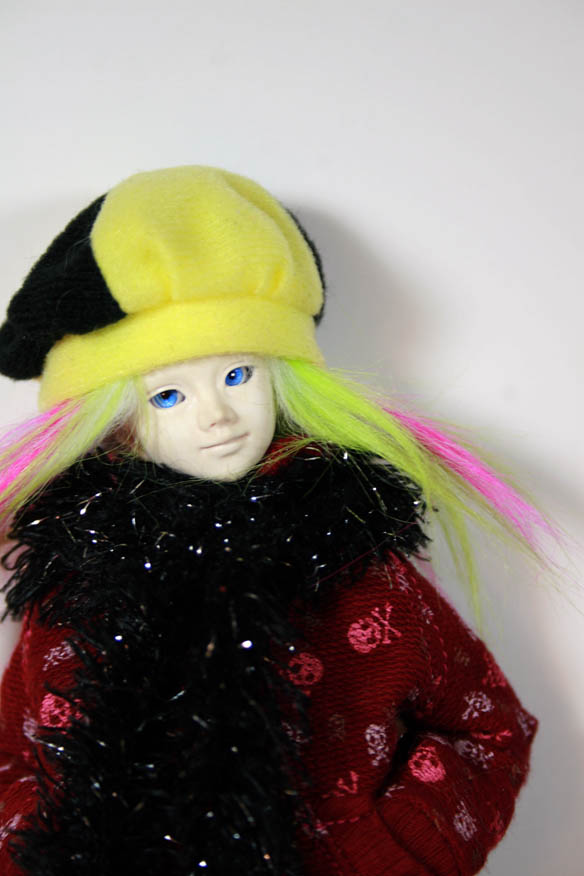 This entry was originally posted at http://modernwizard.dreamwidth.org/1461107.html. You can comment here, but I’d prefer it if you’d comment on my DW using OpenID.