I made two changes to the dead version of Isabel this weekend. I lengthened her neck prong so that her head stays on more firmly. I also made her an overskirt out of the sparkly purple fabric I got from Georgia Landau.

Originally I wanted the overskirt to be a subdued addition of color to the dead version’s flat black velvet skirt. So I made the skirt wrong way out, showing a predominantly black field with occasional pieces of purple glitter. I liked the effect, but thought that the hems were too even. I then cut strips into both her underskirt and overskirt to suggest shredding after years in the ground. She now has voluminous rags with regular black velvet nap, slightly shiny black velvet "wrong side," sparkly purple and only slightly sparkly "wrong side," all of which are showing, as the rags twist in various directions. I really like the effect! 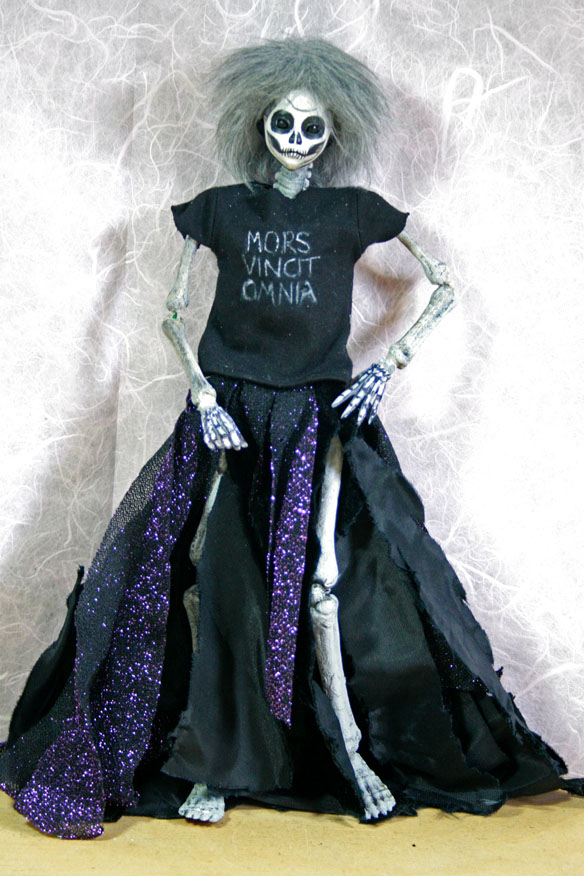 This entry was originally posted at http://modernwizard.dreamwidth.org/1538548.html. You can comment here, but I’d prefer it if you’d comment on my DW using OpenID.