First, the Liv sacrificed her hands to Prunella. I cut open the Liv’s forearms at the wrist seams as unobtrusively as I could manage so that the body is available, albeit handless, for further experiments. 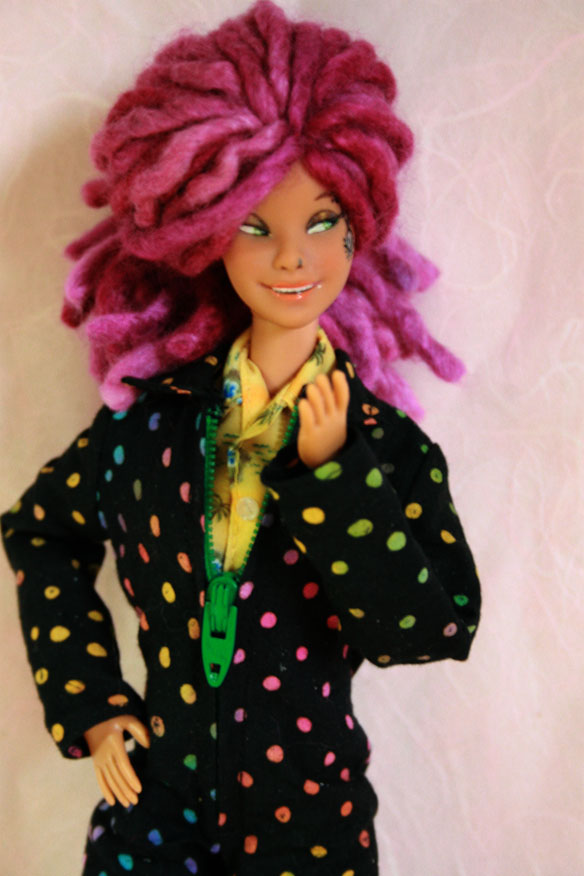 Second, I admired Deedee [originally Jazzie]. She’s so much cuter than Barbie; her rounder face and eyes make her seem younger and friendlier. She seems more like a girl-next-door best friend, rather than the aspirational have-it-all Barbie. I also like her simple, relatively subdued facial screening. I don’t understand why Mattel stopped making her. 🙁 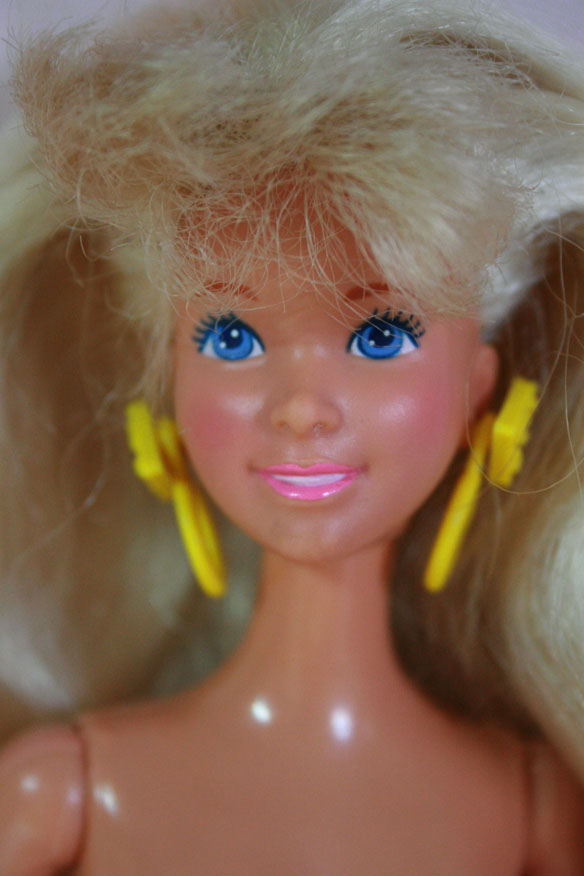 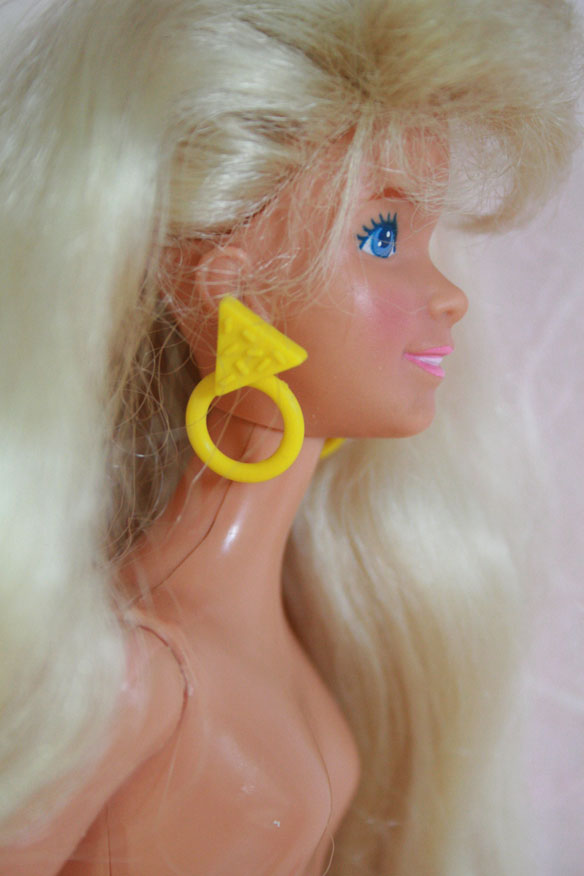 Finally, I lined up Pearlene [previously known as P. Bo] along with some of the other fatheads in my small populations. Alabama is on the left because I think she has the biggest head of any 1:6er I currently have out, while Novella is there because she has big features. 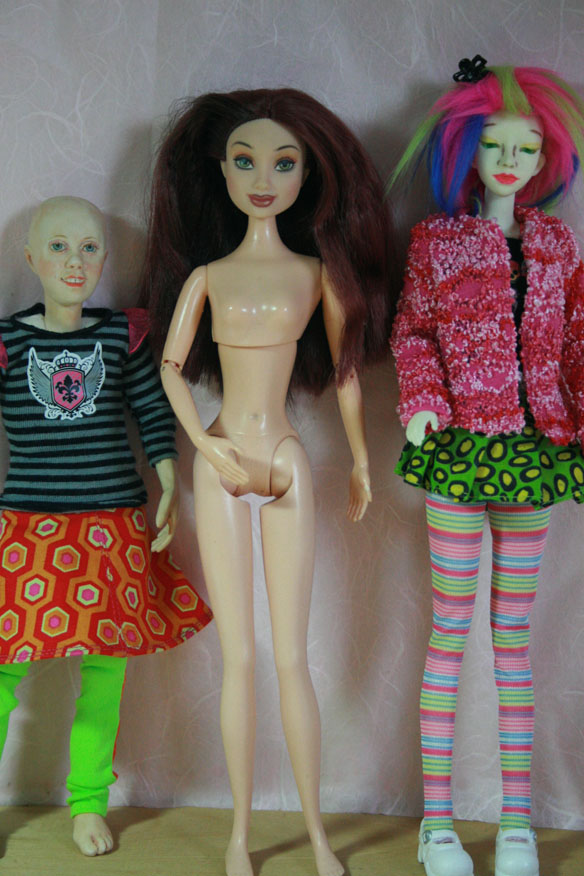 I really like Pearlene’s headsculpt, especially her skijump nose and pursed, slightly smirky mouth. I’d like to salvage her head, but that would require reducing it in size somehow, about which I’ve been wracking my brains.

Shrinking with acetone is a possibility, although I run the risk of ruining the head, which I am now kind of attached to.

Alternatively, I could see what I could do to reduce her head without acetone. I could pull out all her hair to see how big her head actually is. Possibly I could cut down her skull globe.

Her head also seems large because she has huge eyes and eyebrows halfway up her head. Dropping her eyebrows and making her eyes partly lidded, if not making them smaller in all dimensions, would definitely help.

Putting her on a more robust body would make her head seem more proportional. Removing her 11 tons of hair would also make her less top heavy.

This entry was originally posted at http://modernwizard.dreamwidth.org/1549082.html. You can comment here, but I’d prefer it if you’d comment on my DW using OpenID.