Yamarrah has hung around without a faceup or a creemee because I’ve been trying to think of the best method to match her light brown head with her yellowy body. See the mismatch? 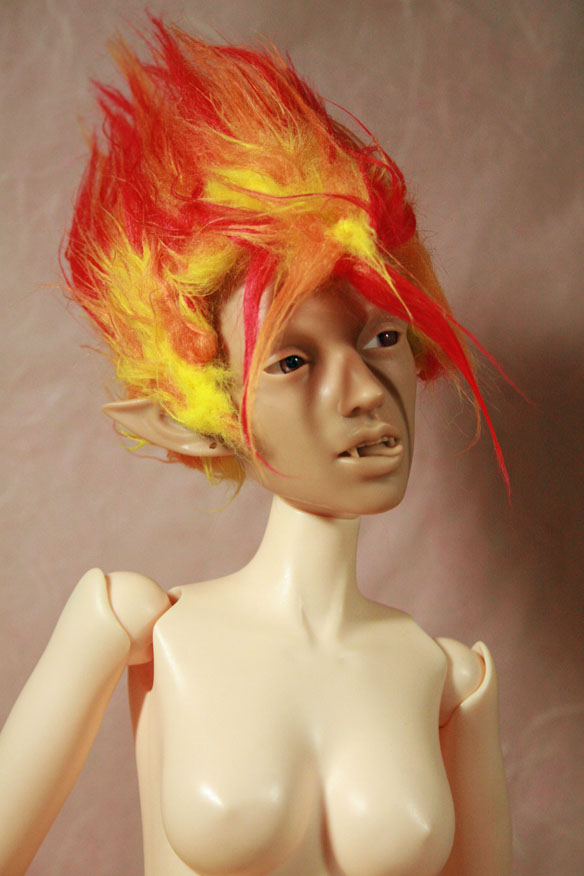 I got her head in Iplehouse "real skin" color because that’s the color that the split partner chose who bought the body. I got her body in Domuya NS because, at $145.00 shipped, it was the cheapest 1:3 scale body I’ve ever seen. If one part of her was WS and the other NS, I wouldn’t care so much, but the different between the brown and pale yellow resins requires a remedy.

Not sure if I will get all this priming and spray painting done by the time the weather turns too cold to spray. This doll is taking much longer to complete than I expected. I don’t want to do a sloppy, rushed job on her, so I expect that the increased waiting time will pay off.

This entry was originally posted at http://modernwizard.dreamwidth.org/1580890.html. You can comment here, but I’d prefer it if you’d comment on my DW using OpenID.