I made Sheila a headcap today. I first made a core out of aliuminum foil and then covered it with Aves Apoxie Sculpt as necessary. The core gave my headcap more structural integrity and also saved me some Apoxie Sculpt. I’m surprised that I made the dead version of Isabel a functional headcap without a foil core!

Sheila also got a wig of brown faux fur, subdued with Mod Podge, with added bangs. She also got glasses.

Chaz, the Batchix Nan Sook that I first did, is at left, compared to Sheila at right. Now that I see them together, I know that I could put them in the same scene without any difficulty. Though they have the same basic headsculpt, they look plenty different. Chaz’ bright clothes, raised eyebrows and smiling mouth give her an open, cheerful air. Sheila’s open mouth, lowered eyebrows and glasses make her features seem narrower. Interestingly, Chaz looks more youthful to me than Sheila, even though Chaz is at least in her mid-20s and Sheila is somewhere between 8 and 12. 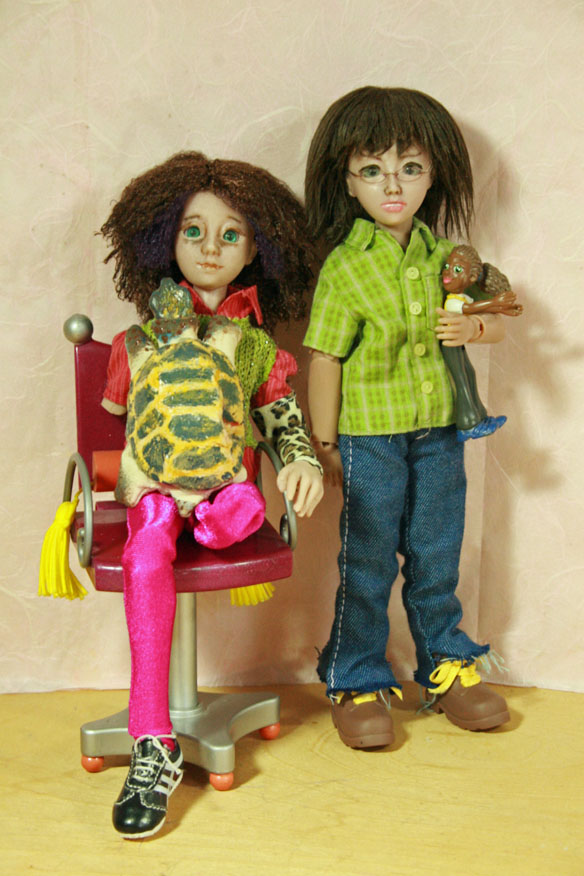 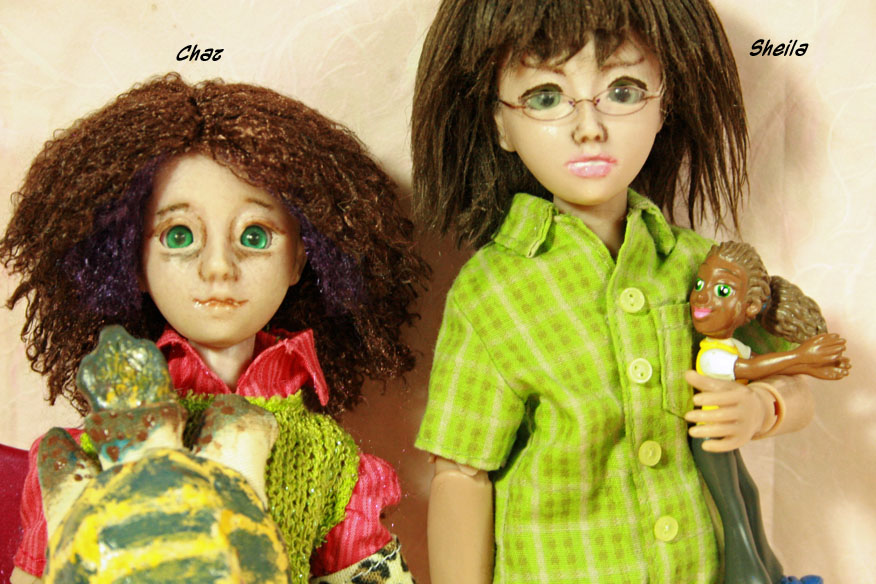 This entry was originally posted at http://modernwizard.dreamwidth.org/1597021.html. You can comment here, but I’d prefer it if you’d comment on my DW using OpenID.