Earlier today I mentioned Jareth in the same entry as various theatrically costumed rock stars from the mid-1970s. I think David Bowie, Freddie Mercury and probably Adam Ant [though not from the 1970s] would approve of the get-up below. 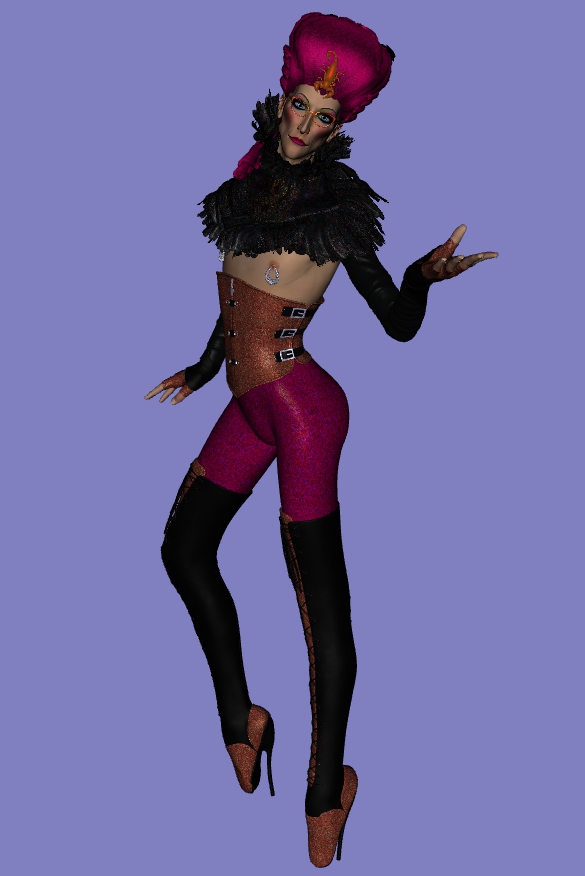 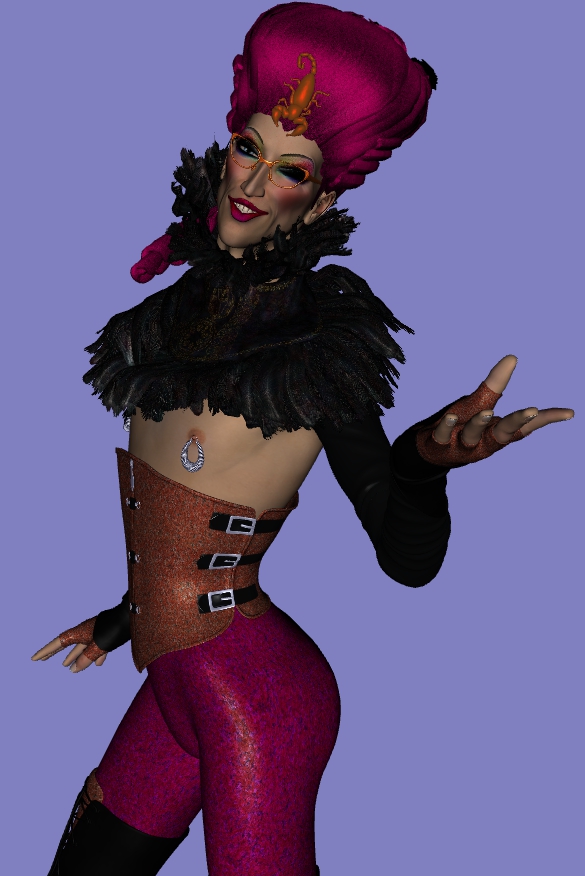 Usual sources for Jareth model, morph, makeup, texture and glasses. For the outfit, we have Neftis’ Marie Louise Wig for V4, retextured with a free hair resource by MSTene and recolored by me, decorated by a freebie scorpion by AdamThwaites, retextured by me. Ruff is AprilYSH’s Calais for G2F. Sleeves derive partly from Ravenhair’s Emotions for Teen Josie in concert with SickleYield’s freebie Fingerless Gloves for G1, shaded with aforesaid metal shaders. Anything that looks metallic was shaded with George Haze’s freebie metal shaders, while anything that looks stonelike was shaded with JGreenlees’ Ingenious Rock Shaders.

Nipple rings are Stegy’s freebie Springy Hoop Earrings for V4. Corset is from Ravenhair’s Emotions. Pants are an application of a recolored Ingenious Rock Shader to Jareth’s hips and legs. Boots are Nemain’s Ballet Ecstasy Boots for V4.

Pose is from IshtarBeta’s At Play Vol 1 for V4, adjusted with DavidGB’s Genesis V4 Pose Adjust script. Expression is just a mixture of G2F defaults: Smile Open Mouth and Flirting mostly. Flirting goes into a wink with a pucker at high values [as seen here], but, most of the time, it’s good for a quick smirk.

This entry was originally posted at http://modernwizard.dreamwidth.org/1644838.html. You can comment here, but I’d prefer it if you’d comment on my DW using OpenID.