This weekend I added a death’s head to Isabel’s bag, which becomes a plot point later in the prologue. I just printed out this design [a vector of a design element, used with permission from Gravestone Artwear] on a color printer, glued it to another sheet of paper to give it more rigidity, then used Mod Podge to attach it to the flap of the bag. Not bad for an eminently lazy execution. 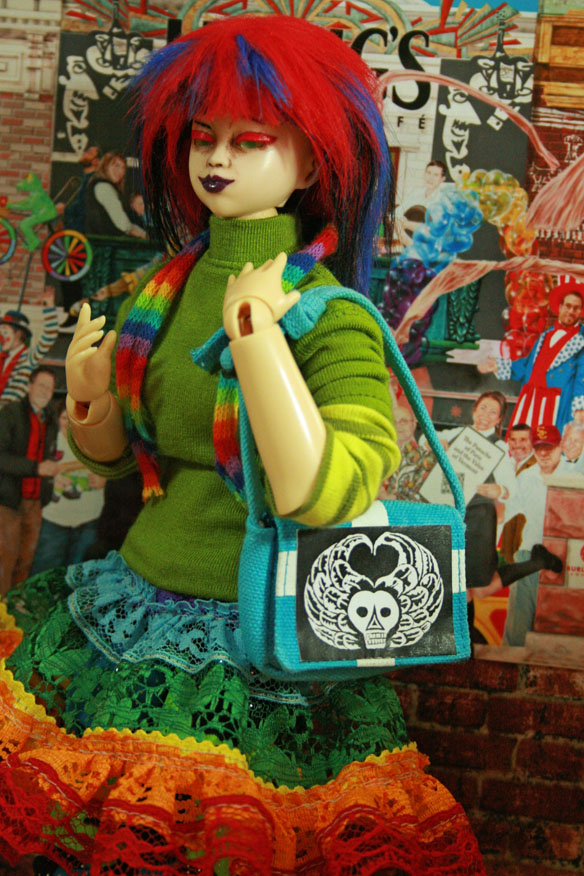 In other news, I made a rough draft of Polly’s wig tonight. I didn’t finish the edges because I have no glue sticks, having broken my old glue gun and not gotten the mini sticks that my new gun uses. I may not need to finish the edges on this particular wig, though, as they really aren’t visible. I have yet to figure out how to style Polly’s hair. I want it out far enough from her face so that I can see her cute little headsculpt, but I think she should have wild, messy hair.

In even more news, Muggins came home today!! She is adorable and smaller than I expected. To prove my point, here is a picture of her teeny tiny head. Look at that little snub nose and round, inquisitive pair of eyes! How can you resist that face? 😀 For scale, note that each of those squares = 1 cm^2. I’m glad that Evethecat put the eyes in and strung the tail for me, as I was not looking forward to either of those tasks. 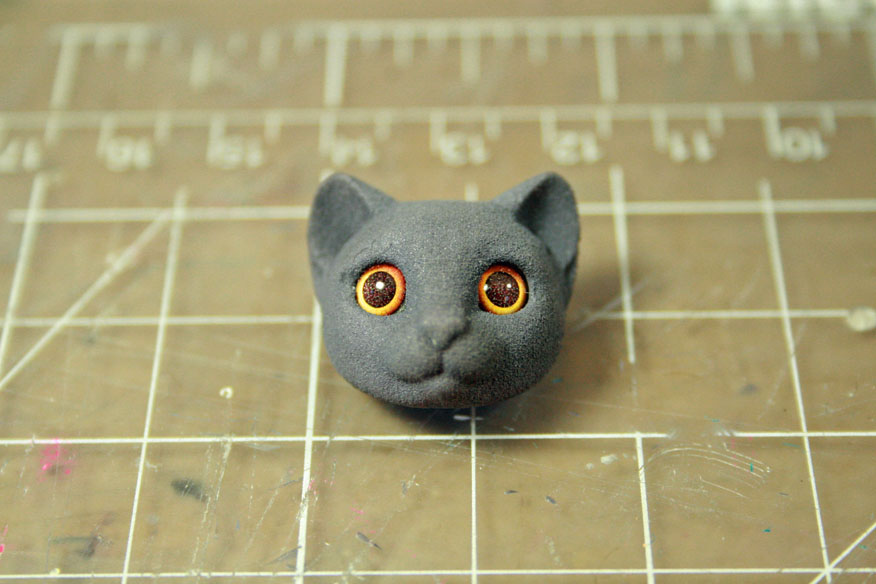 This entry was originally posted at http://modernwizard.dreamwidth.org/1645601.html. You can comment here, but I’d prefer it if you’d comment on my DW using OpenID.