Five months ago, I received the 1:6 scale walker pieces that Batchix printed out for me. However, I was so bitter about my earlier failures that I just glared resentfully at the pieces for the next five months. I did not look forward to the assembly — what with removing flash, drilling, pinning and gluing, I anticipated another messy failure and even greater bitterness.

I overcame my grudge last night to begin work on Walker 3.0. Batchix helpfully provided blueprints, some of which are shown below, to aid me in assembly: 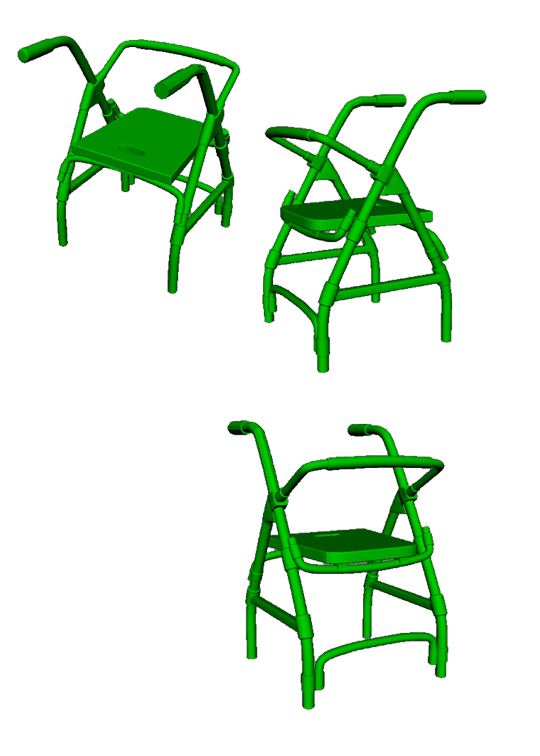 I trimmed off the most egregious pieces of flash, but the pieces remained rough, obviously printed from layered plastic. I could have sanded them smooth, but that would have required too much effort. I can live with an unsanded walker.

I drilled holes in various parts, cut pins to size, then hot glued them in the holes to put the frame together. Melted plastic and glue are visible around the holes, and the pins can be seen in some channels. Again, I do not care. It looks like a walker.

Then I spray painted it fluorescent orange. I thought about painting it silver to mimic metal, but I didn’t have any silver, though I did have fluoro orange. Good thing this walker is owned by a person with a taste for very loud colors. 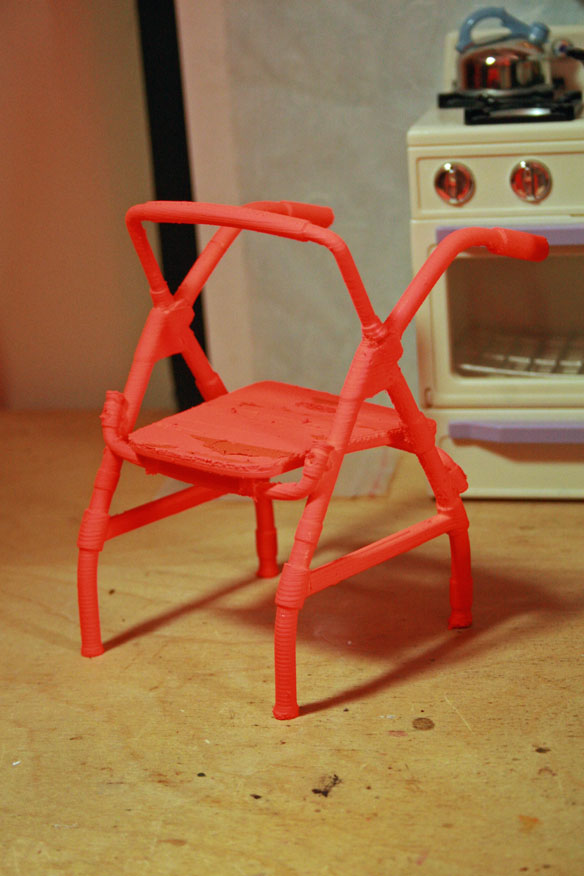 The walker even acts like a walker too. Here’s Peter pretending to push it. 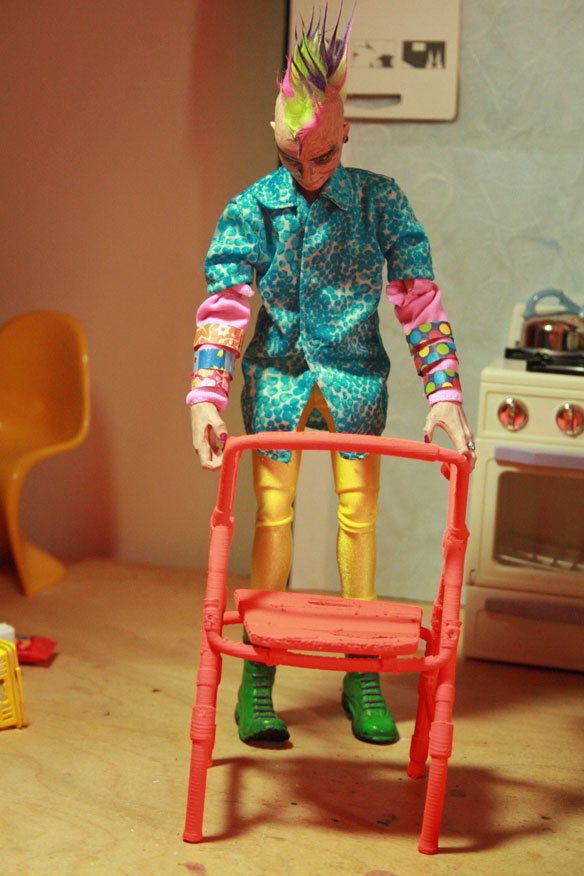 And here’s Peter resting on it. Though Batchix warned me that her printer did not create super-strong objects, the walker seat supports Peter’s full weight. 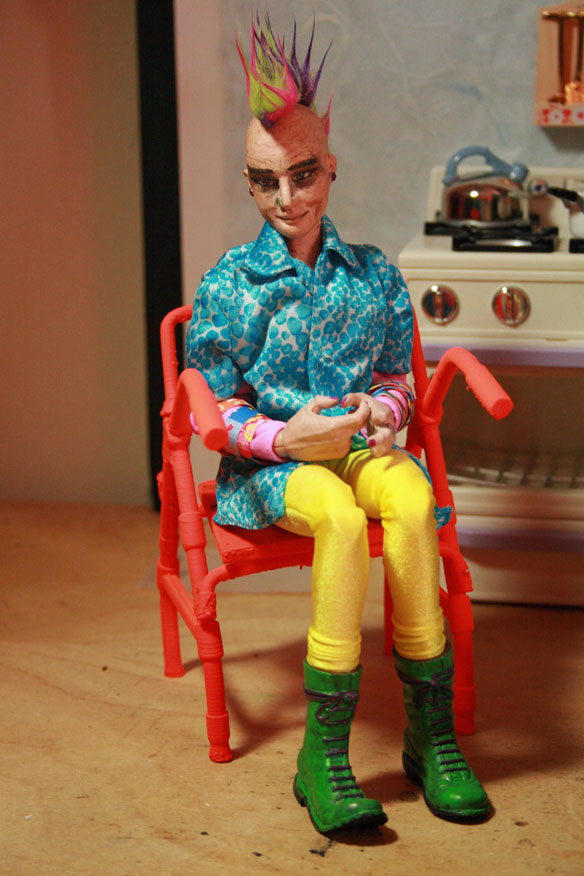 I still have to do the following:

This entry was originally posted at http://modernwizard.dreamwidth.org/1664190.html. You can comment here, but I’d prefer it if you’d comment on my DW using OpenID.