Since I last posted about my modifications on Beth, my Takara MicroSister Fyana, her form has changed significantly. I removed her original head because, though delicately detailed, it was much too small in comparison with Death’s. It was also hairless, and I didn’t relish the thought of making her minuscule wigs.

For Beth’s new head, I used a Lego Friends head, which I reamed out with a drill to fit on the MicroSister neck knob. Larger than Fyana’s default heads, the Lego Friends head makes Beth look more proportional to Death. 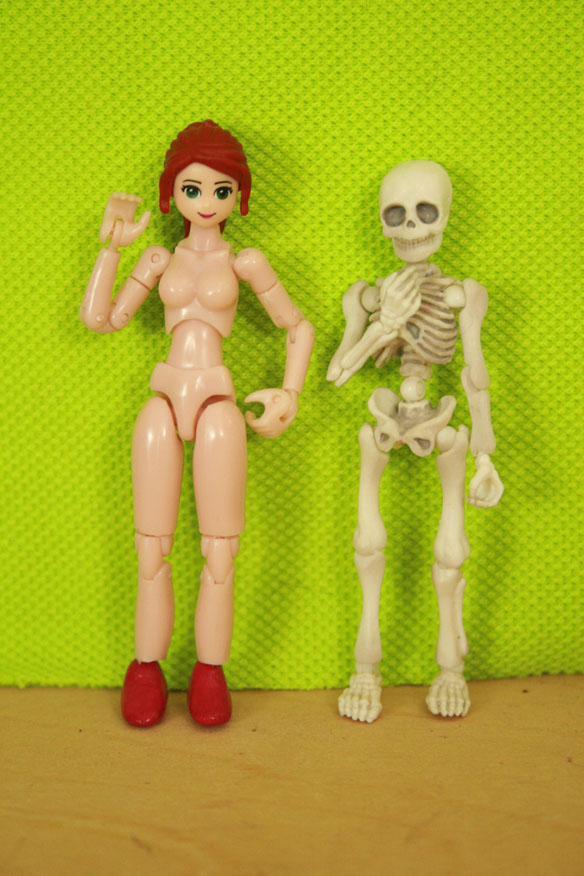 It’s also more stylized and cuter than Fyana’s head, which fits the perky, comedic tone of Beth and Death. Finally, the Lego Friends all have swappable molded hairstyles, so Beth, like her creator Isabel, now has a plethora of wigs! 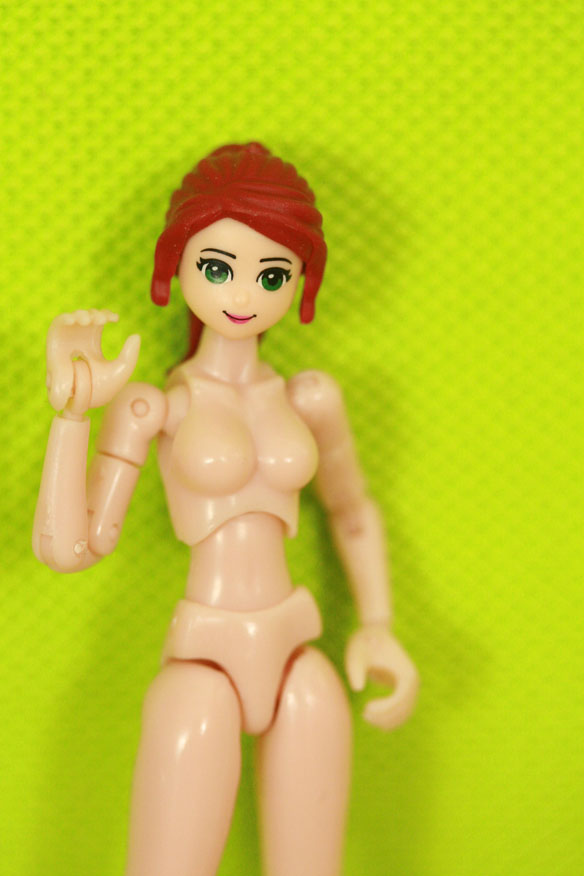 I also refined Beth’s legs and feet. At first I swapped out her bare feet for a crudely sculpted pair from a model railroad figure. Several days and innumerable curse words later, I realized that the cheap plastic was not taking paint well, so I abandoned it. I ended up sculpting shoes from Aves Apoxie Sculpt, sinking pins into the tops, then coating them in about ten layers of magenta acrylic paint. While I was working on the lower section of Beth’s body, I sanded her legs to make the cuts a little neater. 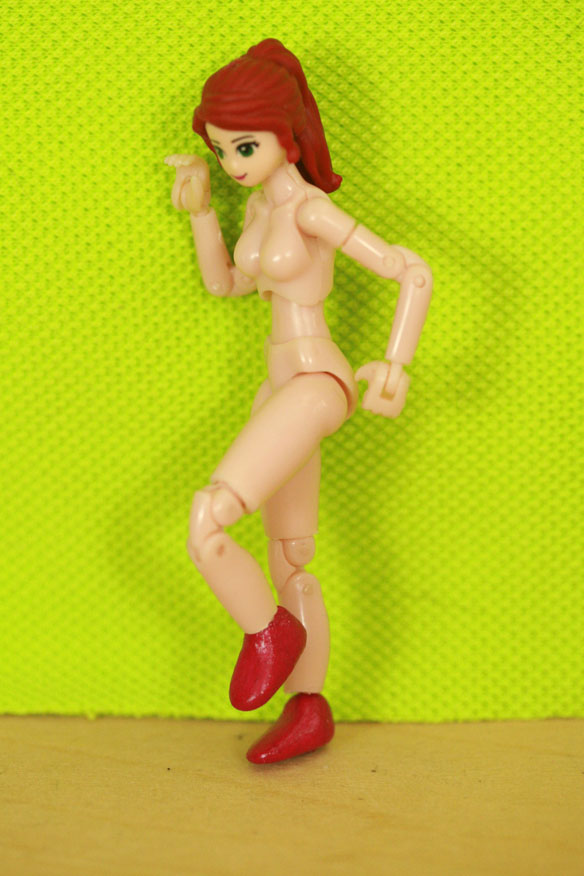 I really don’t know where the Beth and Death storyline will wander off to; however, I decided that there should be more than the two titular characters. As much as I’d like to buy a bunch of Fyana MicroSisters for the rest of the cast, I can’t afford to, nor do I wish to spend all that time modding them. Thus I sought alternatives.

Because I already have quite a stock of dolls for dolls, I searched through them for possible additions to the cast. The kids from Tomy’s Smaller Home and Garden family fit right in size-wise, even though they have limited articulation. I did, however, make a highly articulated friend for Beth by splicing a miniature replica of a classic Mattel Barbie head onto my Takara MicroLady [slightly larger and bulkier than MicroSister Fyana] body. 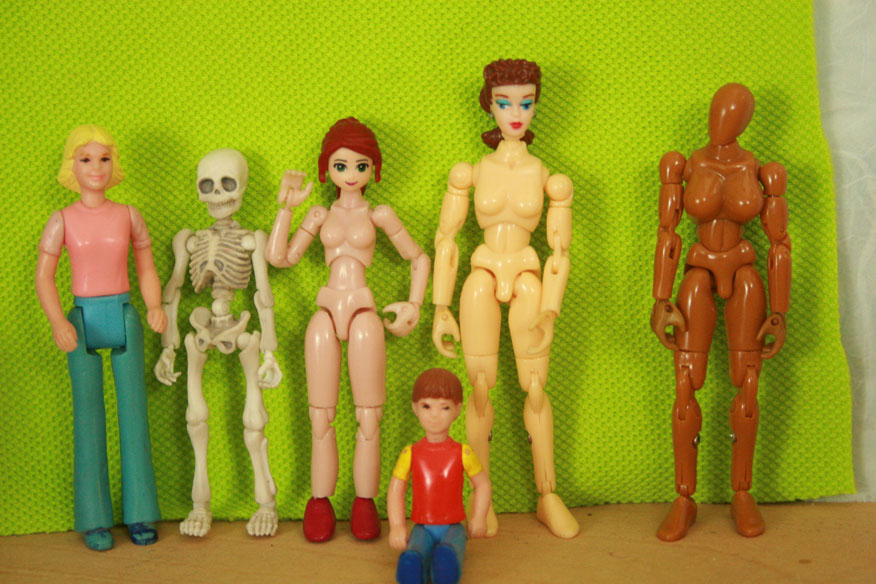 With Beth, Death, Barbie MicroLady and the Tomy kids, that’s pretty much a complete cast except for three problems. 1) There are no people of color. 2) There are no people with disabilities. 3) There are no fat people. I’m going to ignore 3), as I refuse to add fats to dolls that small. As for 2), I do have an appropriately scaled manual wheelchair [!] that I’m dying to use, so it’s just a question of who fits in it best. As for 3), I have another MicroLady, just like my peach one, but in brown. She lacks a head, however, and the brown has sort of yellowish green undertones that make it difficult to match. Hmmmm…

This entry was originally posted at http://modernwizard.dreamwidth.org/1705054.html. You can comment here, but I’d prefer it if you’d comment on my DW using OpenID.