@natalunasans shipped me 10 lbs. [?!?!?!?!?!] of 1:6 scale stuff the other day, including a Big Chief Studios headsculpt of David Tennant as the Tenth Doctor mounted on an early BCS body. Since I have a crush on David Tennant as that character, I was very happy…at first.

Then I tried to find him some pants. The BCS body, being a slender sculpt, did not fit any of the standard male pants I tried on. Just for the hell of it, I tried a pair of sparkly Barbie leggings that Nata had included, and he managed to slither into them! Of course, he can’t sit down, as his pants will fall down, but sitting’s overrated when you have stuff to strut.

While I originally planned for this doll to be a jerk anti-PWS politician in Zville, he and his pants apparently did not want to be a jerk politician. He would rather be a fuckin’ fabulous guy. Okay then. I couldn’t think of a name for him, so he went by FFG for about 24 hours until I used those initials as a starting point and came up with Farrier Frederick Giroux.

Farrier’s in his 30s, ABD in something mathematical. He spent an inordinately long time on his thesis, only to have a recent crisis in the realization that he has pretty much limited his career prospects to academia, and yet he hates academia. Still reeling from the feeling that he’s wasted most of his life, he’s working as a cashier in an upscale grocery store and trying desperately to figure out what his next move is.

Farrier both runs on anxiety and doesn’t give a fuck. He tried to blend in when he was younger; he was beaten and sexually assaulted in the boys’ locker room in high school on account of being a “fag.” In college, he changed his style to more of the one that he wanted. The first night he dressed the way he wanted, he was mocked and sexually assaulted by a bunch of sorority members. He then decided that he was damned if he did and damned if he didn’t, so he might as well be himself as long as he could before the next time he was attacked. So that’s how he dresses, and that’s why he has a gun in his purse [and under his pillow], and that’s why no one ever touches him unless he lets them. [Plus he has Reynaud’s syndrome, and his hands are always cold, and he’s excruciatingly self-conscious about that.]

Regularly assumed to be gay and/or a drag queen and/or flamboyantly sassy, Farrier is actually none of these. He swallows his annoyance everytime someone makes one of these assumptions, but he feels like he’s been eating bombs. One of these days, he thinks, he’s not going to be able to be polite anymore, and he’s going to explode.

EDIT: Farrier’s head, body, pants, and magenta sweater details come from @natalunasans. The sweater is, of course, one of my notorious novelty sock sweaters, modded to be a crop top turtleneck [to hide the Long BCS Neck of Doom]. I’m pretty sure that the BCS Facebook group would really love these pictures. >:} 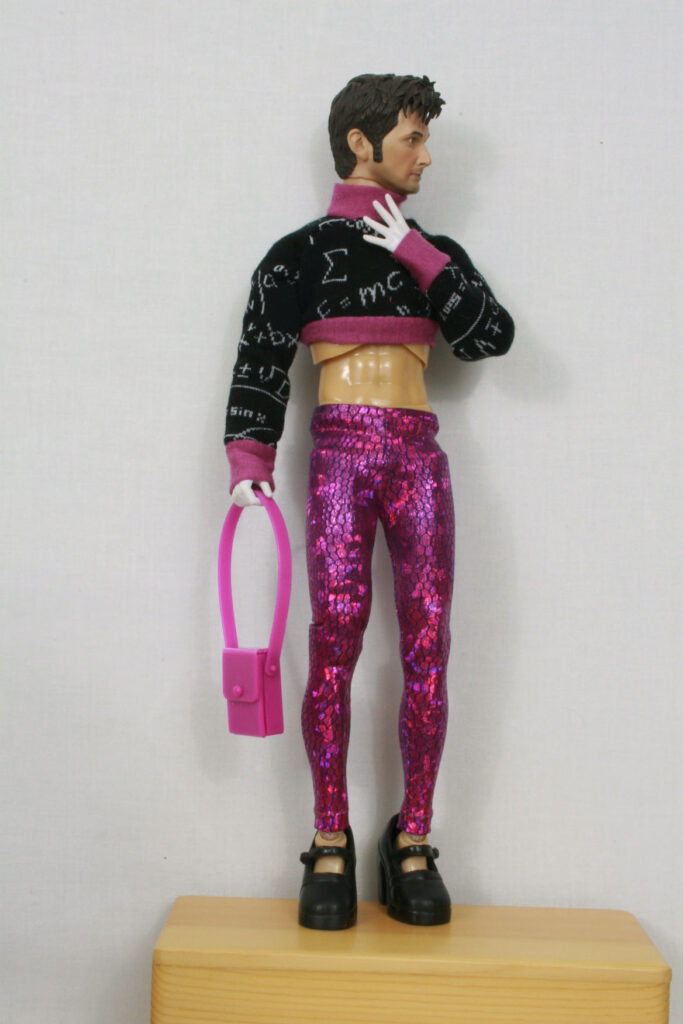 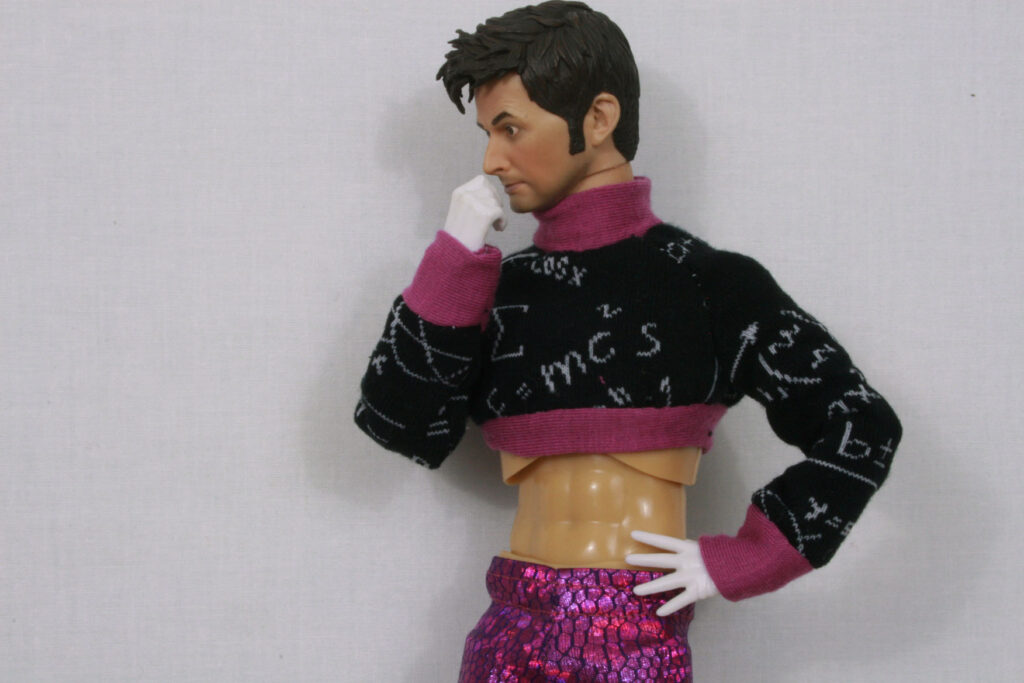