I love my doll of the Master, mostly because I love Roger Delgado. The likeness, however, came with a built-in scowl. I wanted a more neutral expression so I could suggest a wider variety of moods. It was time for a change!

To alter the Master’s expression, I sanded down the SQUINCH between his eyebrows… I carved out the tops of his eye sockets a bit more to compensate for the fact that his brows were lowered by the originally sculpted scowl. I smoothed down the original brows as well. After that I added new brows with acrylic modeling paste. At some intermediate stages, I painted my mods to match, just so I could get a sense of what more I might need to do. Finally I painted and sealed everything to match. At the same time, I also got rid of a lot of my weathering lines in an attempt to make his expression look less severe.

Here he is as originally sculpted and as I painted him the first time. 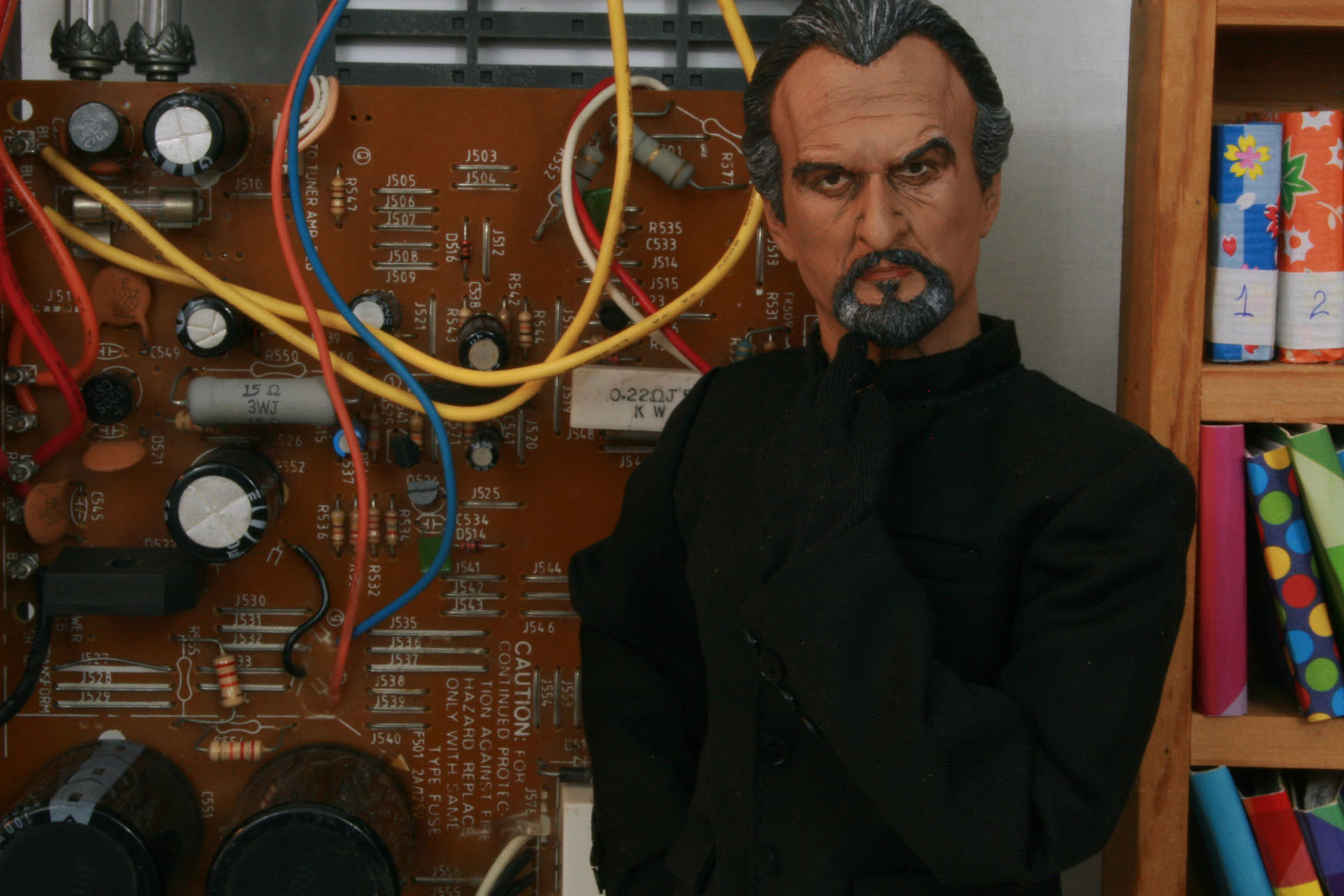 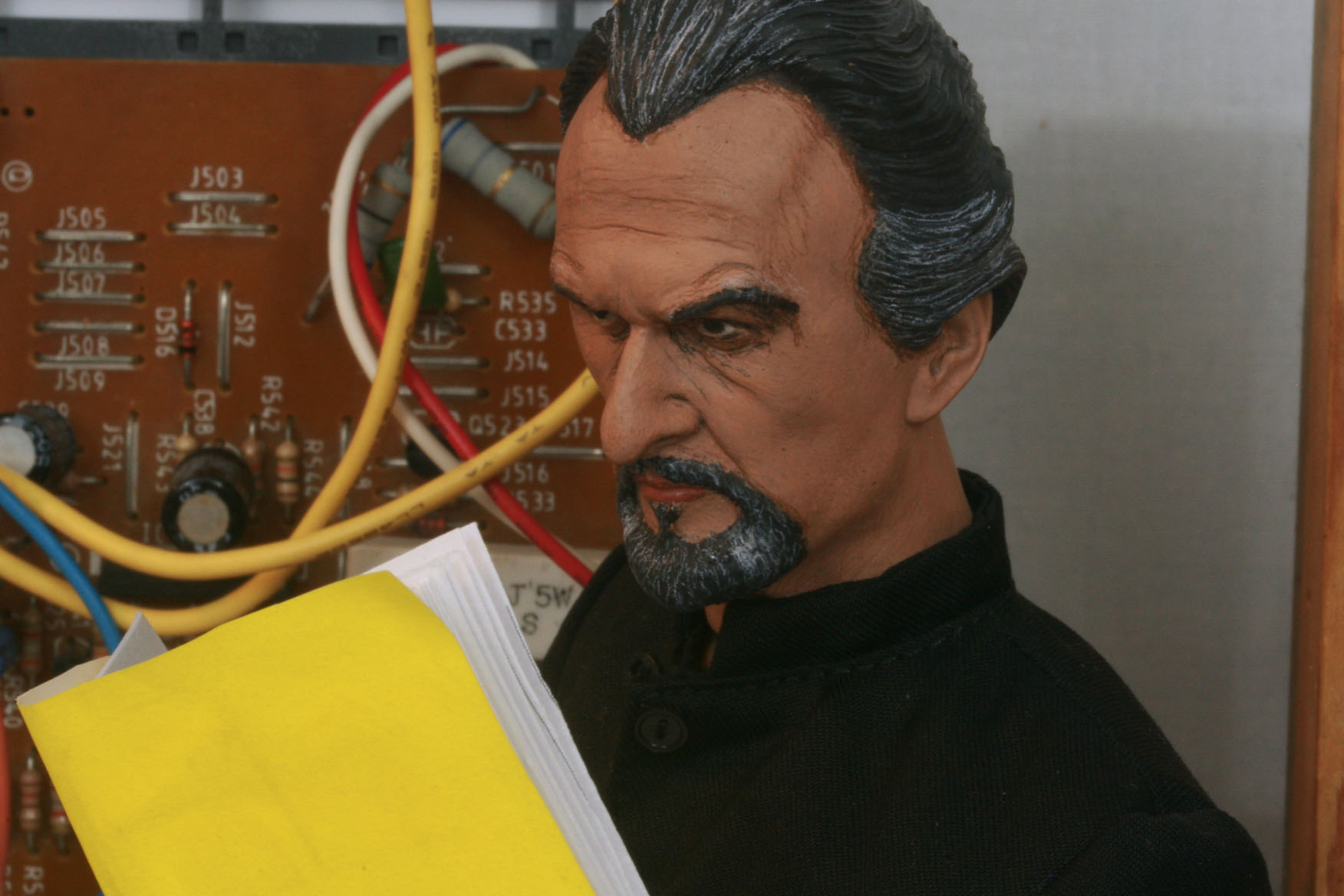 And here he is now. His expression has changed from constipated to 85% more neutral, with a tinge of wistful abstracted melancholy. Ideally I’d have a sculpt with a diabolical smirk, but, since I don’t think I can get such a face out of this sculpt, I will content myself with the improved neutrality of expression. 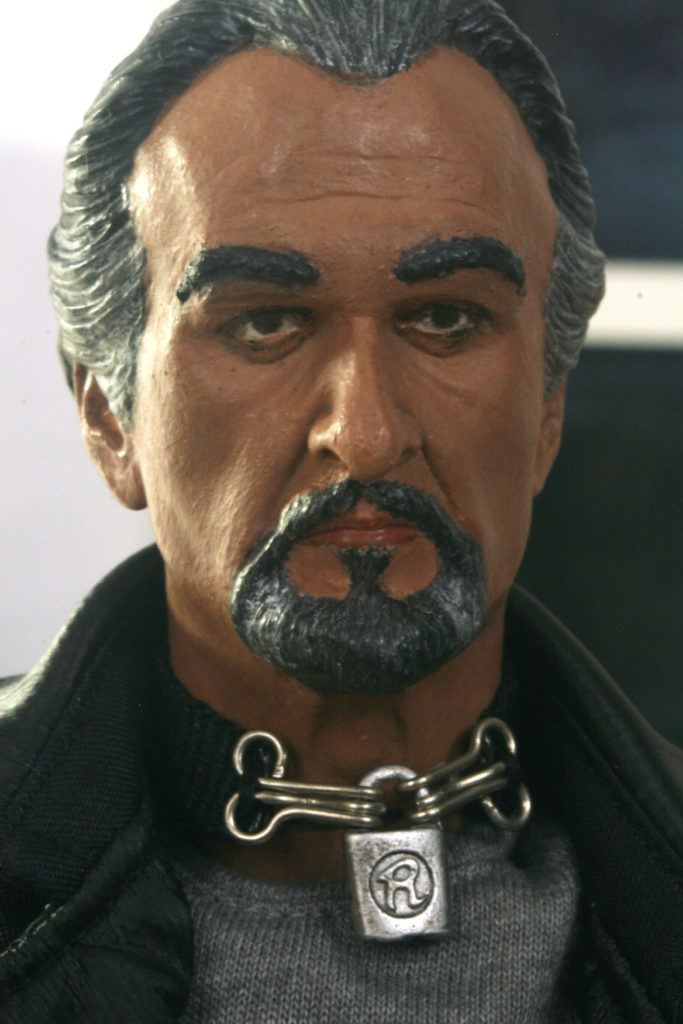 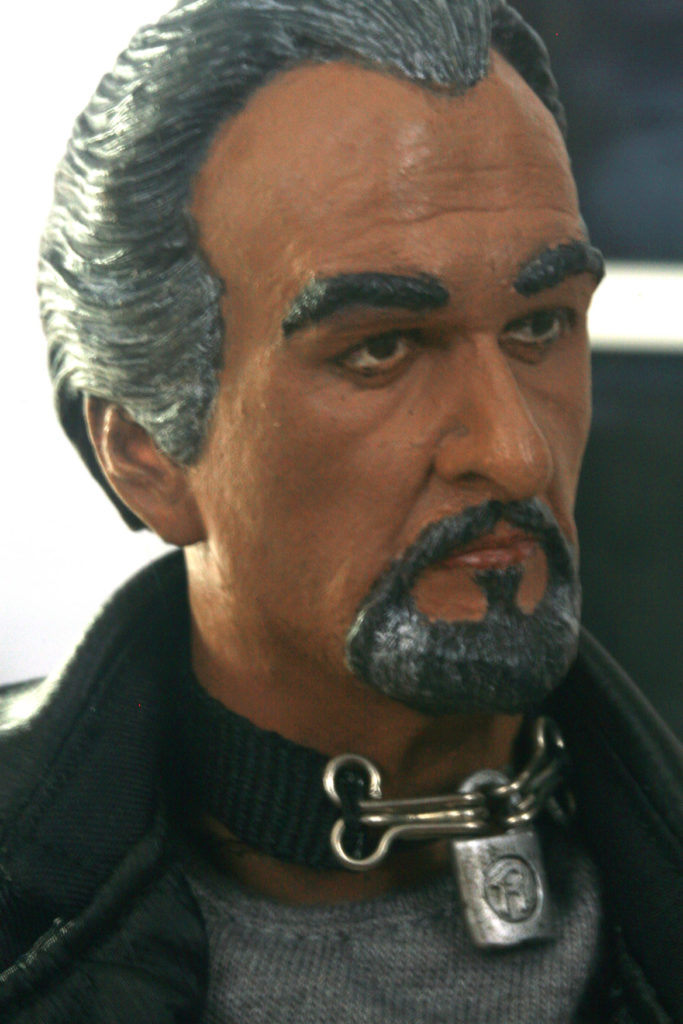 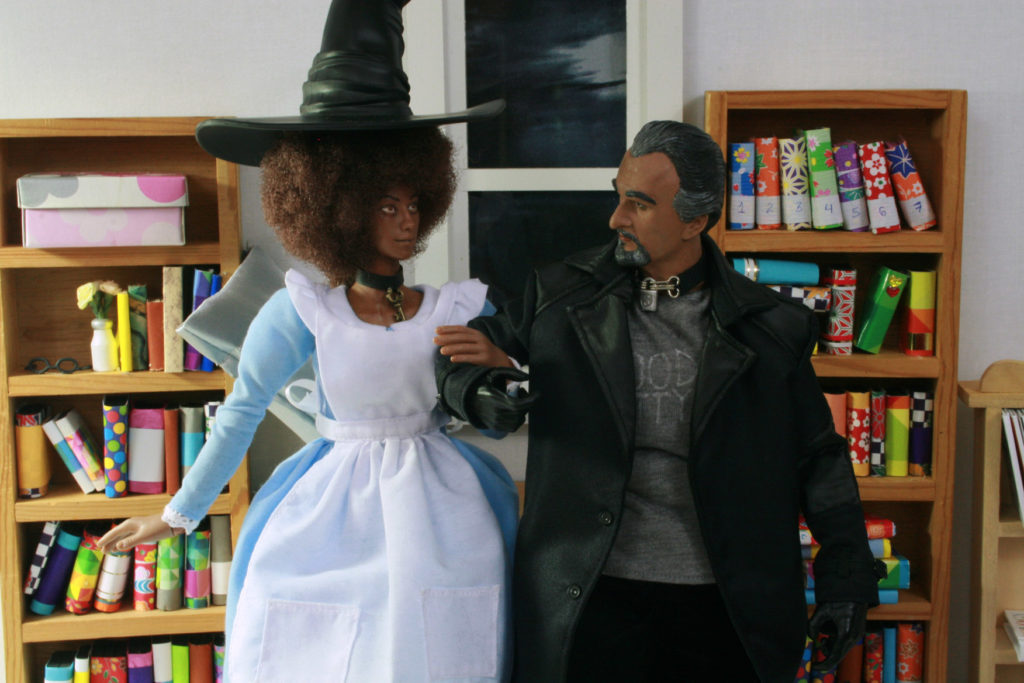