So apparently the Master’s style borrows liberally from the silhouettes, colors, and layers of the characters in that dull middle Star Wars trilogy. I picked up two Hasbro Princess Amidala dolls, one of which was the Hidden Majesty version and the other of which was the Traveling Gown edition. I hacked out the red undersleeves of the Hidden Majesty robe and yoinked it onto him, then covered up any gaps with two layers of robes from the Hasbro Darth Maul. The black net sleeves are from somewhere else, as well as the black stretchy leggings, not shown. I knew that this was the sort of gear I imagined him in, and I also knew that he looked pretty good thus dressed in my head, but I did not expect the doll to look equally hot. He looks very cool, in the intensely geeky way of someone who wears big fwoopy red robes with his name all over then in mystic runes when he’s summoning Daemons. >_>

He has yet to learn that “cute” is Alison’s default adjective of gleeful approval. 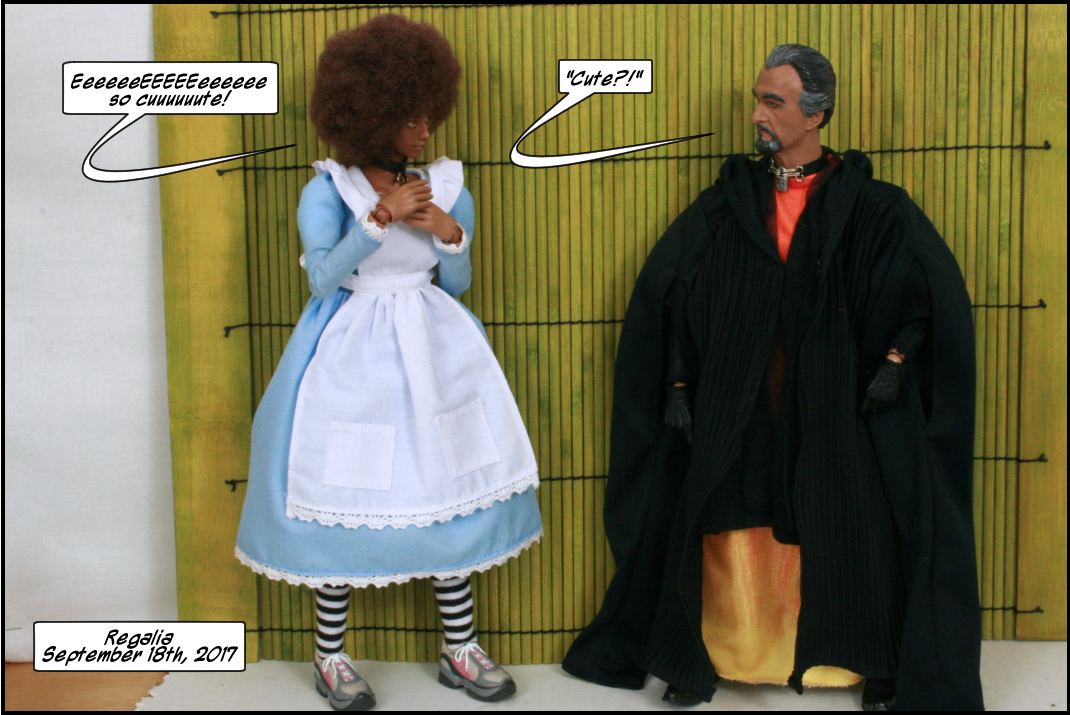 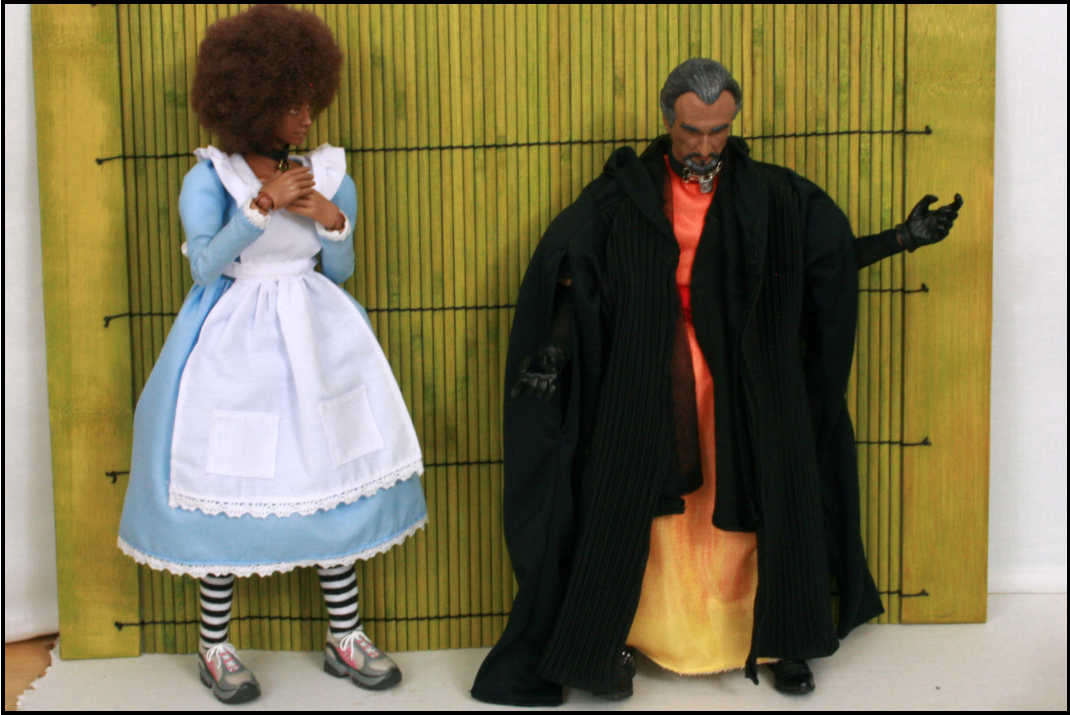 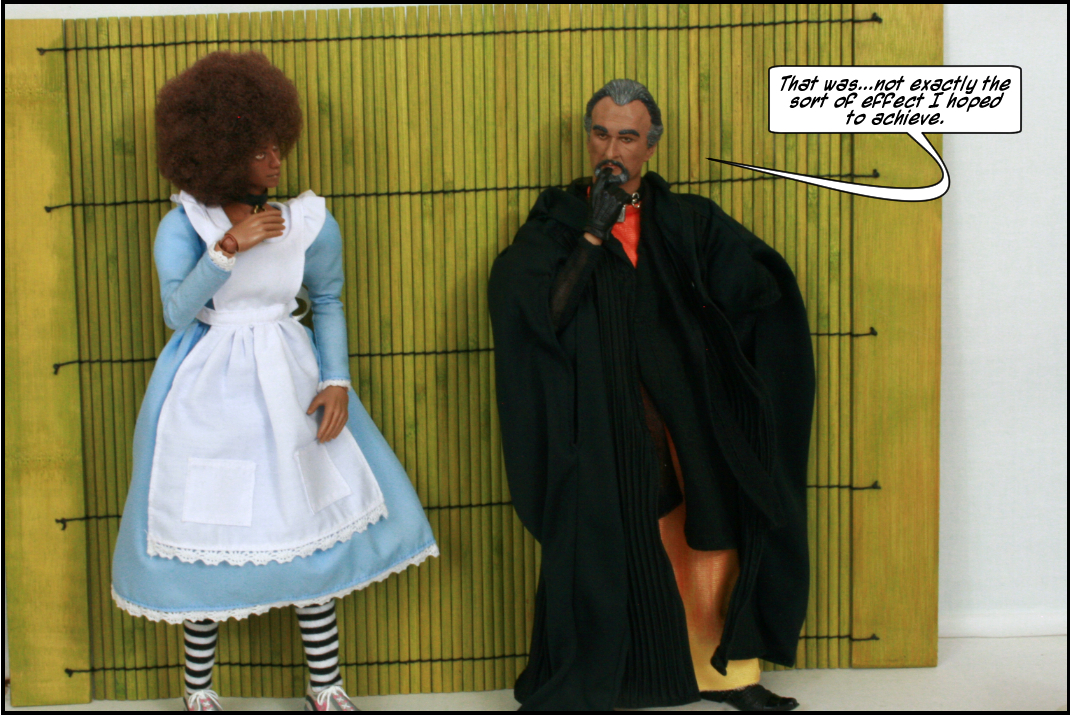 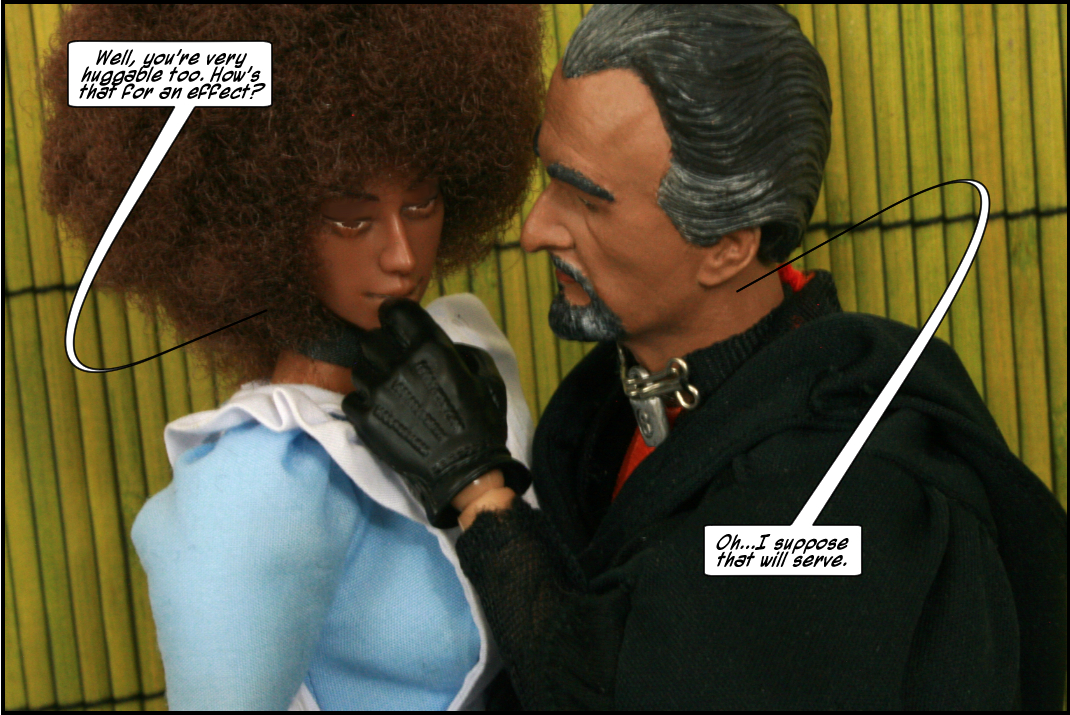