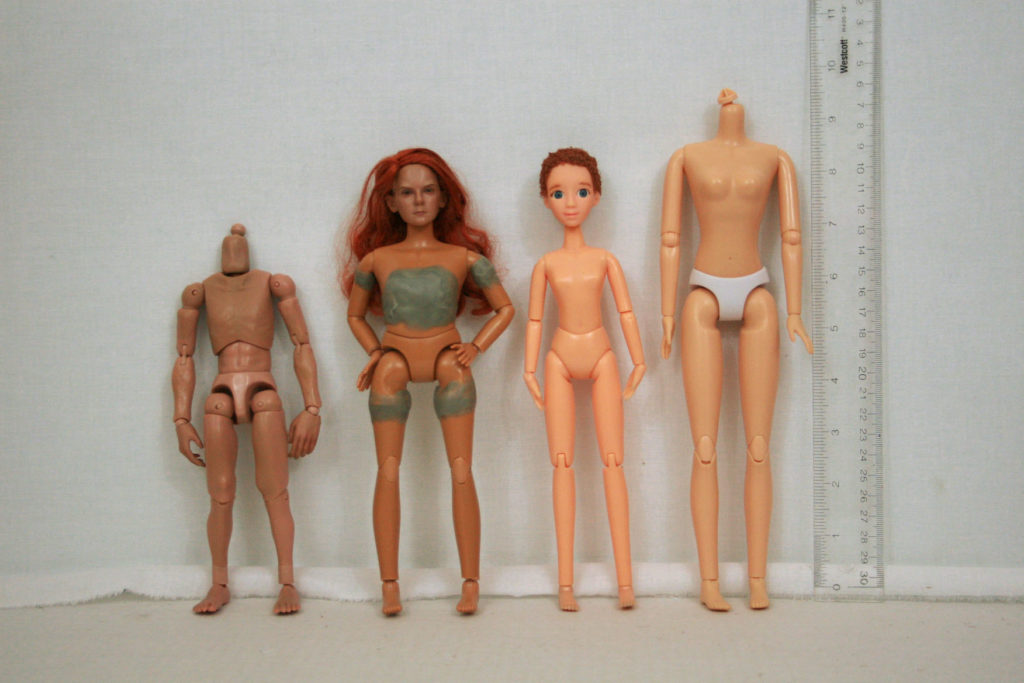 The Little Witch began life as an Asmus Toys Teenager. The head of this figure is a great, personality-filled likeness to Dafne Keen, who played Laura in the movie Logan, which came out last year. Too bad she came on the body at far left. Asmus bills this as a body suitable for a teen, but the wretched proportions — long arms, short legs, oversize hands and feet — suggest that they are just trying to recycle a body that they made for some hobbit dolls. It’s ugly, lumpy, and a total ripoff. Plus the hair was sparsely rooted and poorly trimmed, so I ripped off the scalp and replaced it with one from an Ourworld Phoebe.

To improve the Little Witch’s body, I got a hold of a tan Spin Master Liv body. I hacked height out of the usual places [indicated with grey Aves Apoxie Sculpt in naked pics]: upper arms, ends of wrists, thighs, ends of ankles, and abdomen. I also hacked off the breasts and filled in the cavity for a little potbelly. Not a great skintone match, but I don’t care. I used a Jakks Pacific Juku Couture doll, third from left above, as a guide for proportions, which it follows pretty well. It’s definitely an improvement over the proportions of the source body. 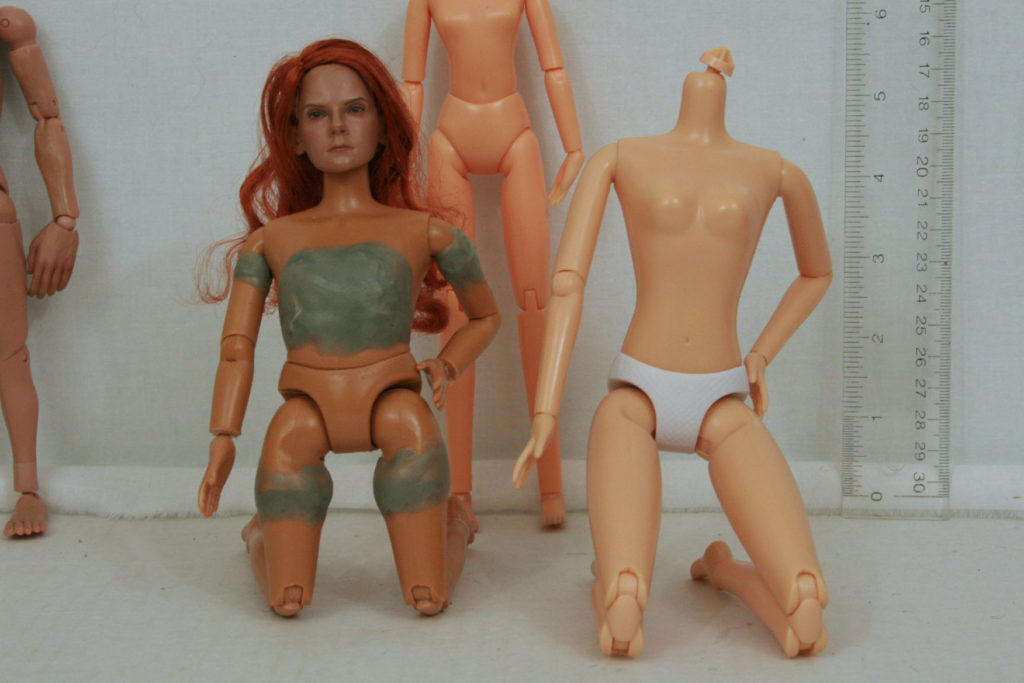 My modded body retains all articulation of the original Liv body. 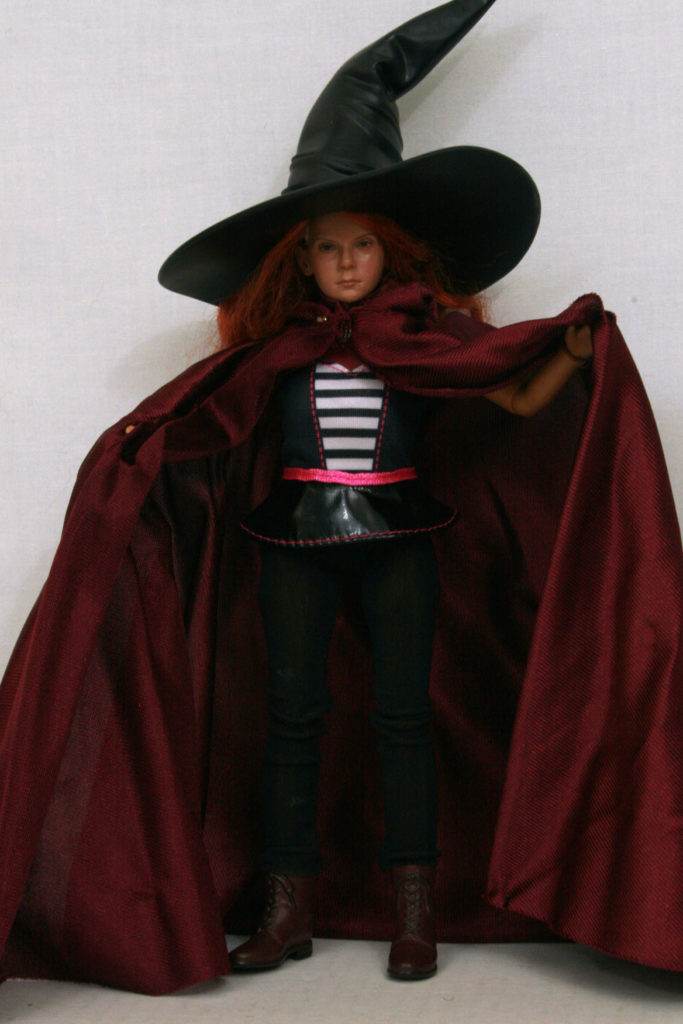 And here she is in her temporary clothes. She still needs an eye patch. “I am the Little Witch, and you will obey me!”