Carol is another character in my loosely related universe of Doctor Who dolls. In canon, she’s the Brig’s assistant during the Third Doctor’s tenure. In my mind, she’s Jo’s partner, and I took her appearance in a different direction from the person who played her. Body mods below.

My version of Carol is tall, with long, powerful limbs, a blocky build, and small breasts. The ol’ standby, a Takara Cy Girl 2.0, had the right Amazonian feel and a decent skintone match for the head [Dreamex April]. The problems were the large globular breasts and the very defined waist, as Carol has neither. I decided that I could easily fix the waist by wrapping fabric around it under the clothes to increase the width without sacrificing articulation. As for the chest, double masectomy and reconstructive surgery was needed. I haven’t done much body modding with my hoard of CG bodies, as they are out of print and precious, but I persuaded myself to do so with the thought that having my preferred 1:6 scale body with small breasts could be useful, no matter who I decide to use it for.

Carol before mods. I love the Dreamex April head; it has such harsh and serious lines! 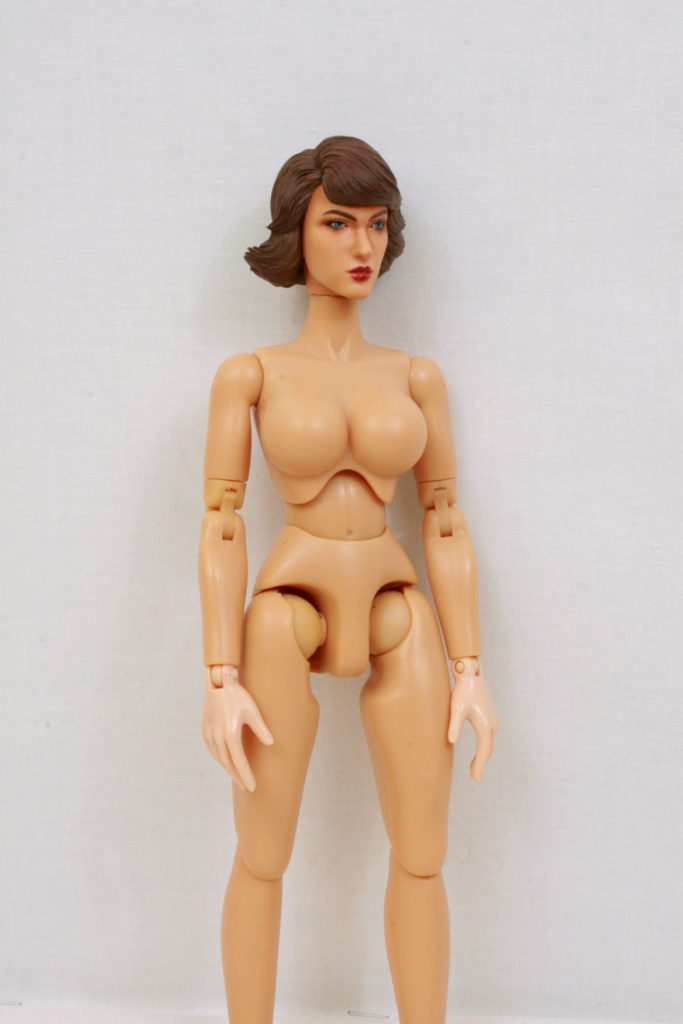 With tits removed. I even had to cut out a lot of the sides of her torso, since her original tits were sticking out to the side too. 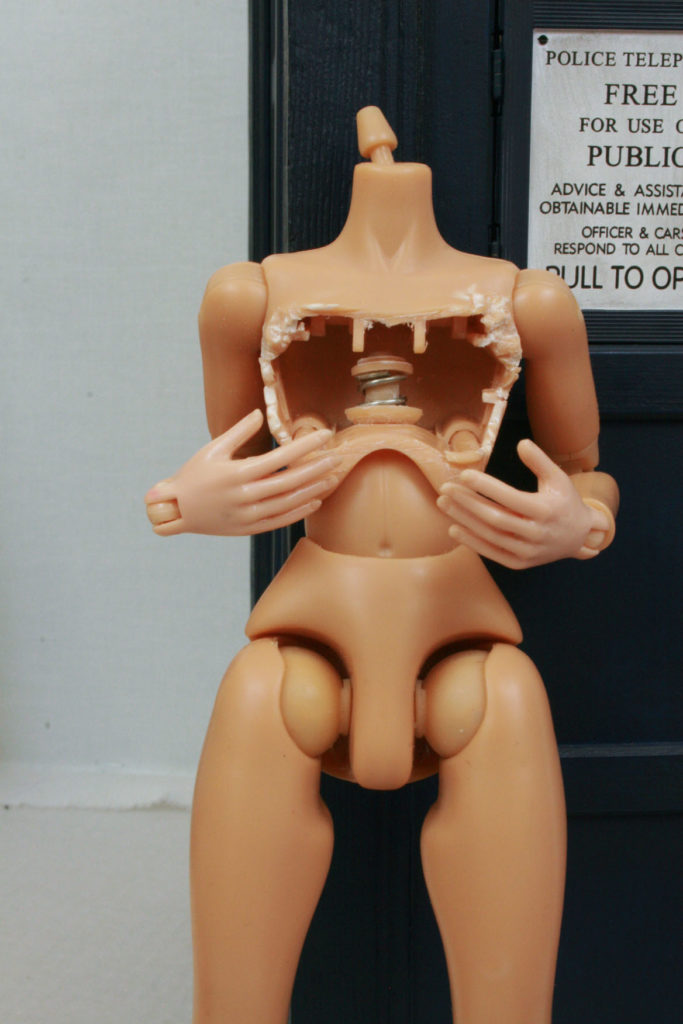 Internal support for new chest was created from lightweight packaging cardboard hot glued in the cavity. 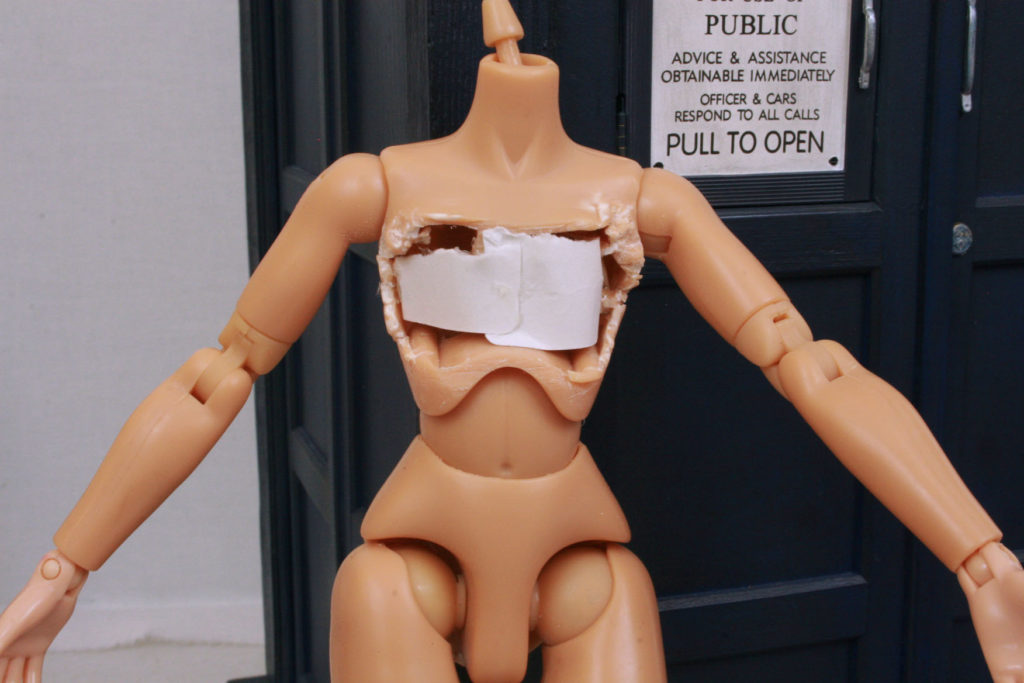 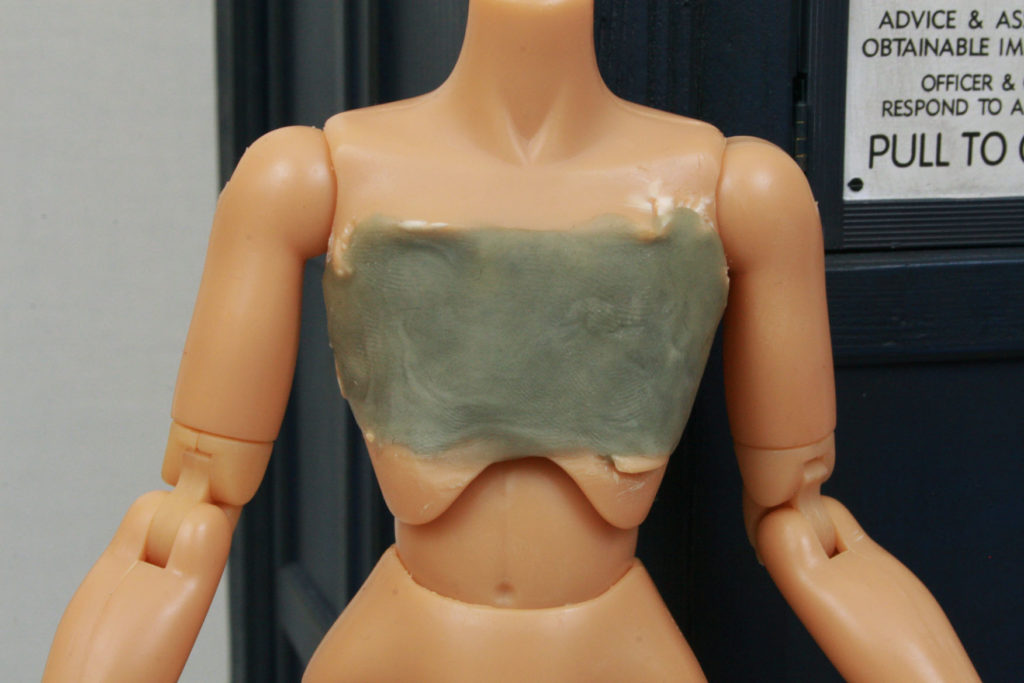 Ground down all rough edges. 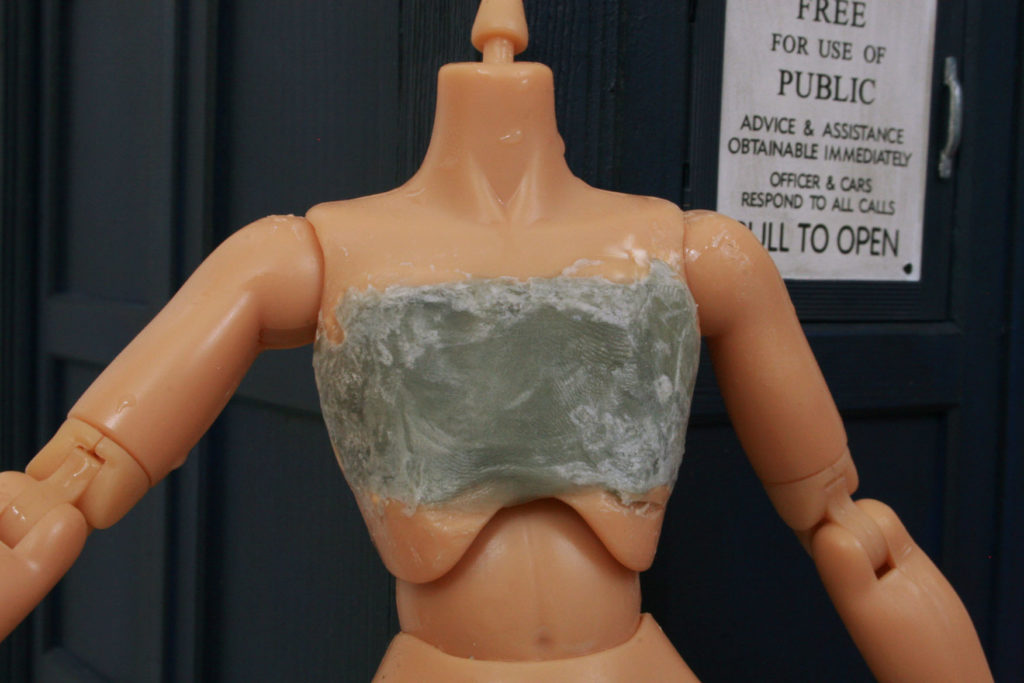 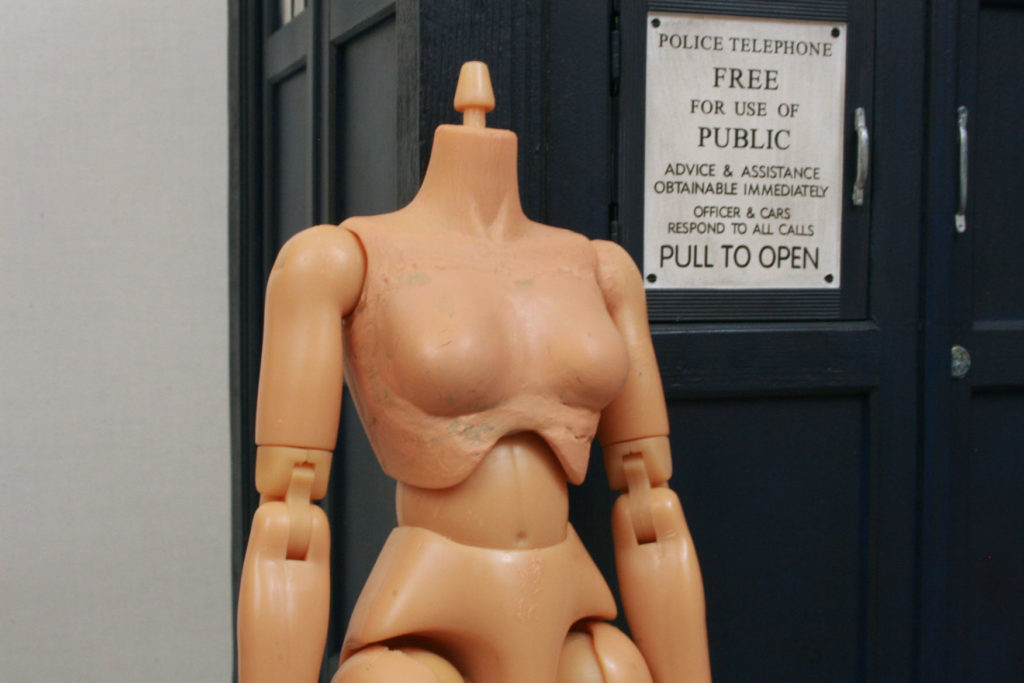 After further filling, sanding, and painting, her tits were imperfect, but perfectly fine for hiding under clothes. I painted her entire torso piece to blend in the additions with original plastic. 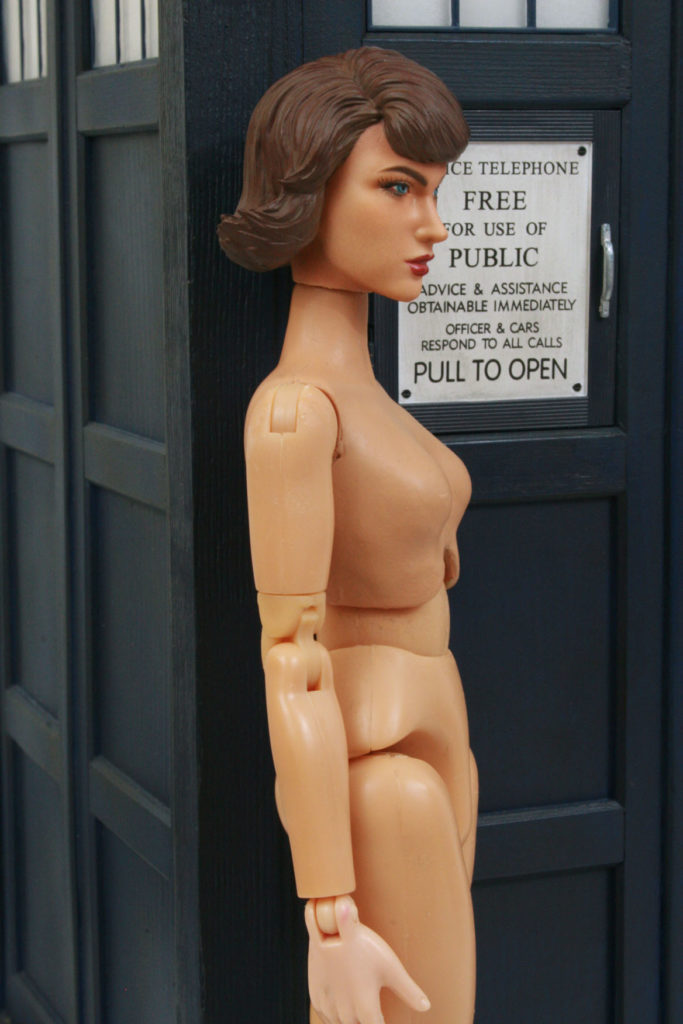 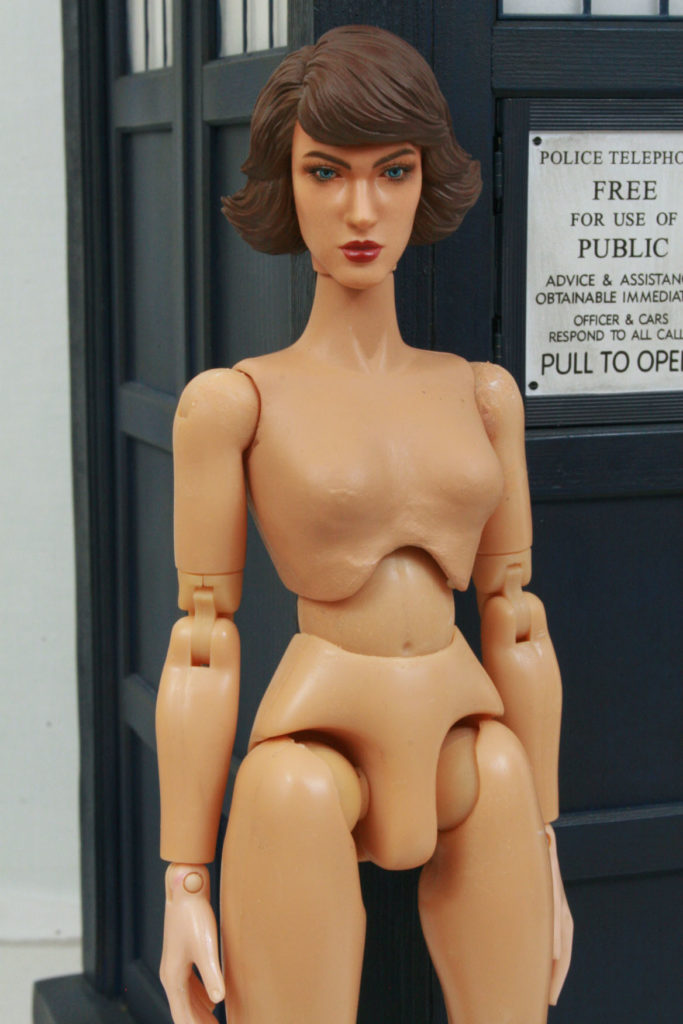 Temporarily dressed. I still need to pad her waist area. 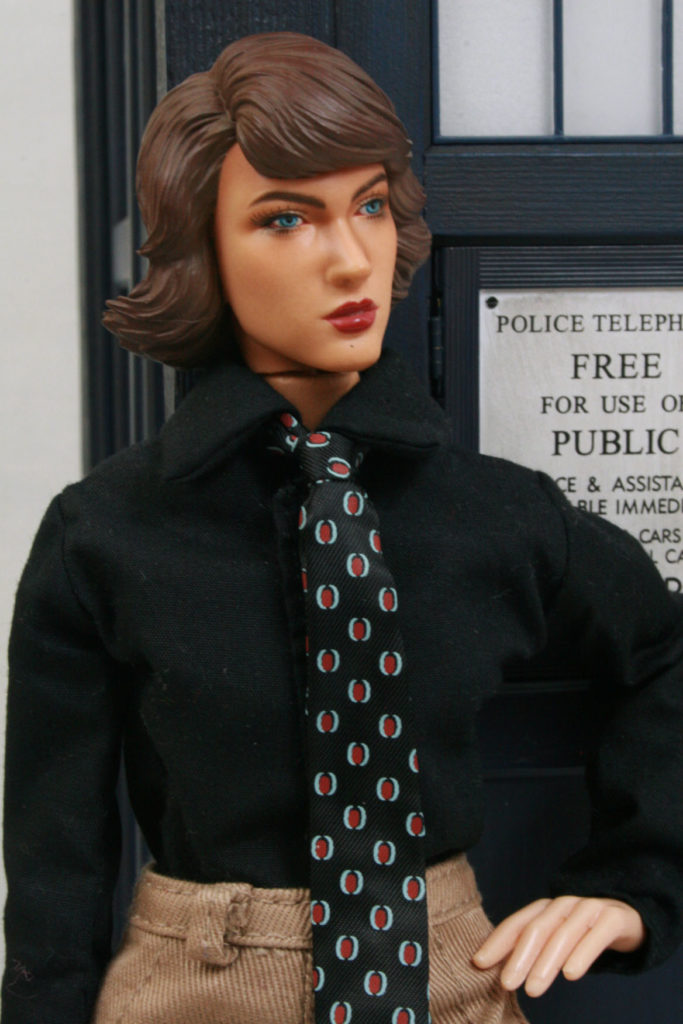