Today I made more 1:6 scale reading material while natalunasans went out and did errands.

To show off the last few books, I enlisted Carnelian and natalunasans’ catwitch. Both of them are Coomodel collaborations with Ouzhixiang in their Monster Files series of dolls, No. 4, the Witch. natalunasans got the human head, which she put on a body and styled as shown. Meanwhile the cat head, hands, and feet went to the aforementioned Evilcat. As for me, I purchased the Witch as a fullset and left her mostly as she came, although I did improve her body and outfit as mentioned earlier this week. Anyway, I wanted to compare the two, so they had a friendly meeting below. 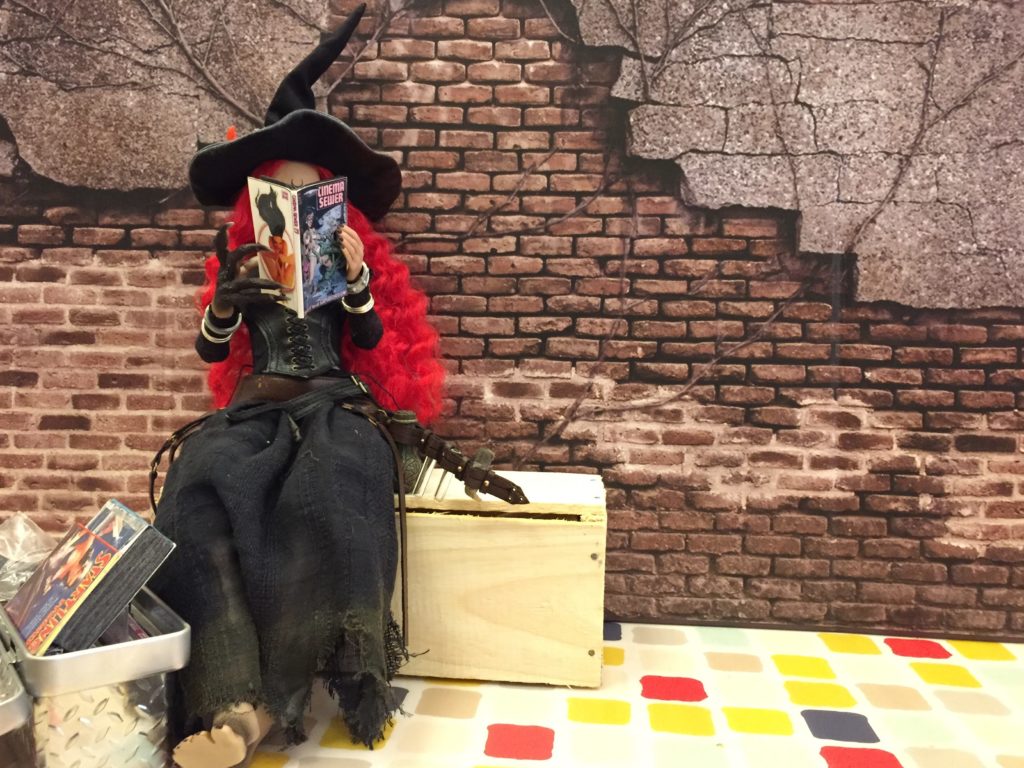 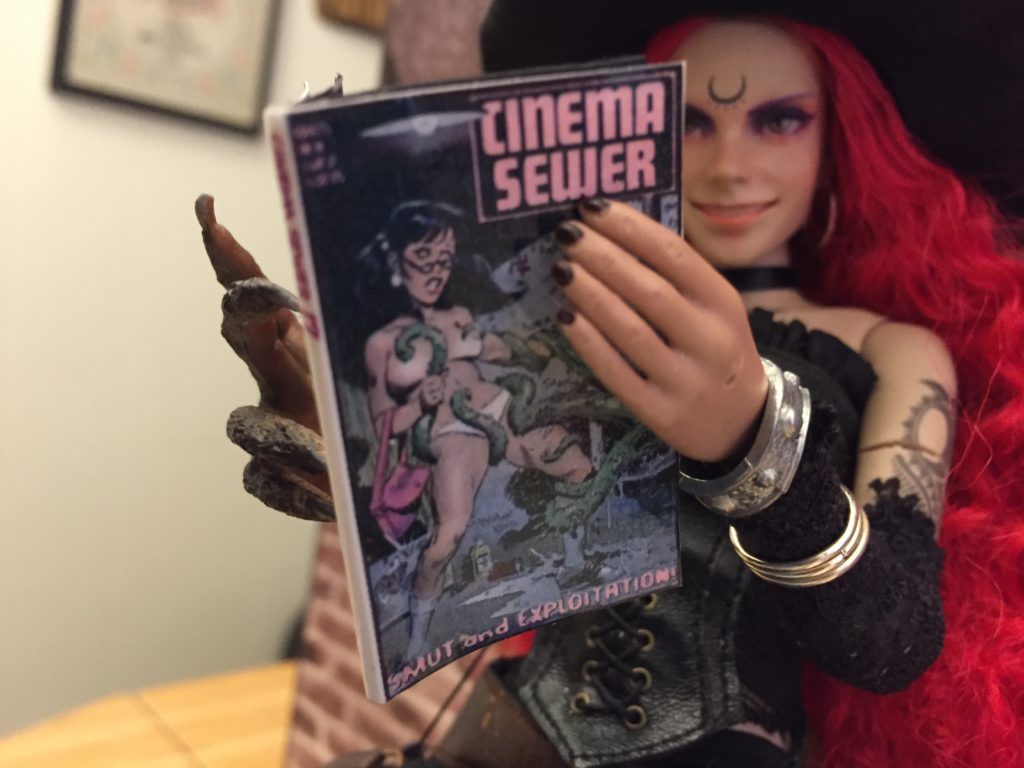 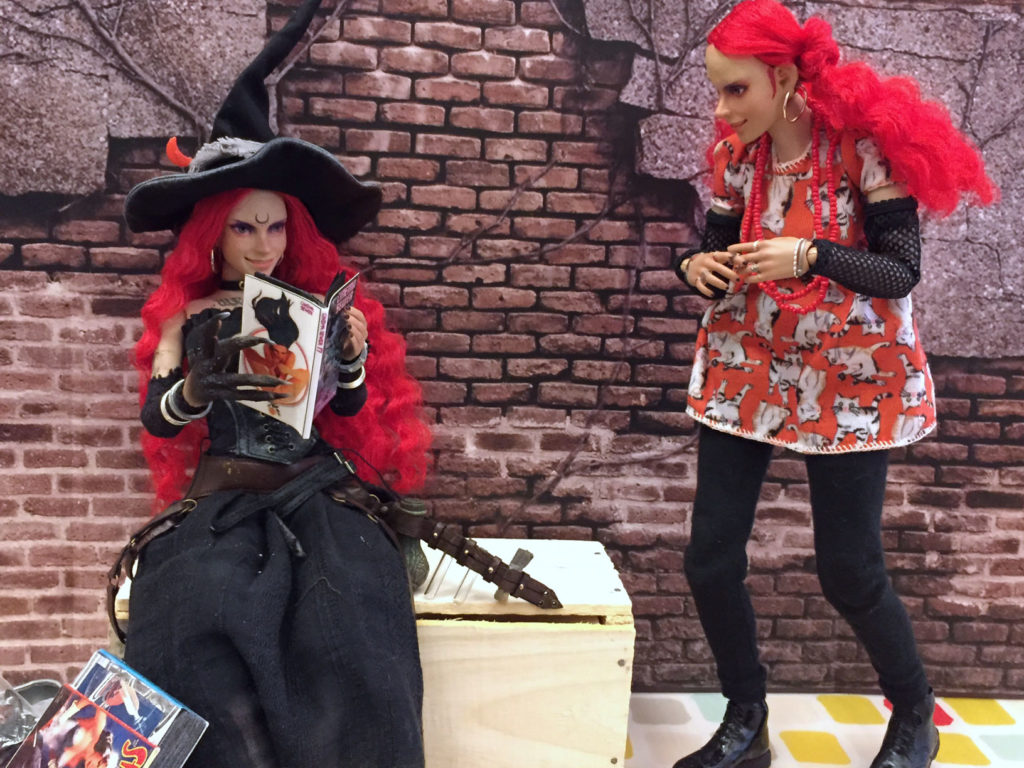 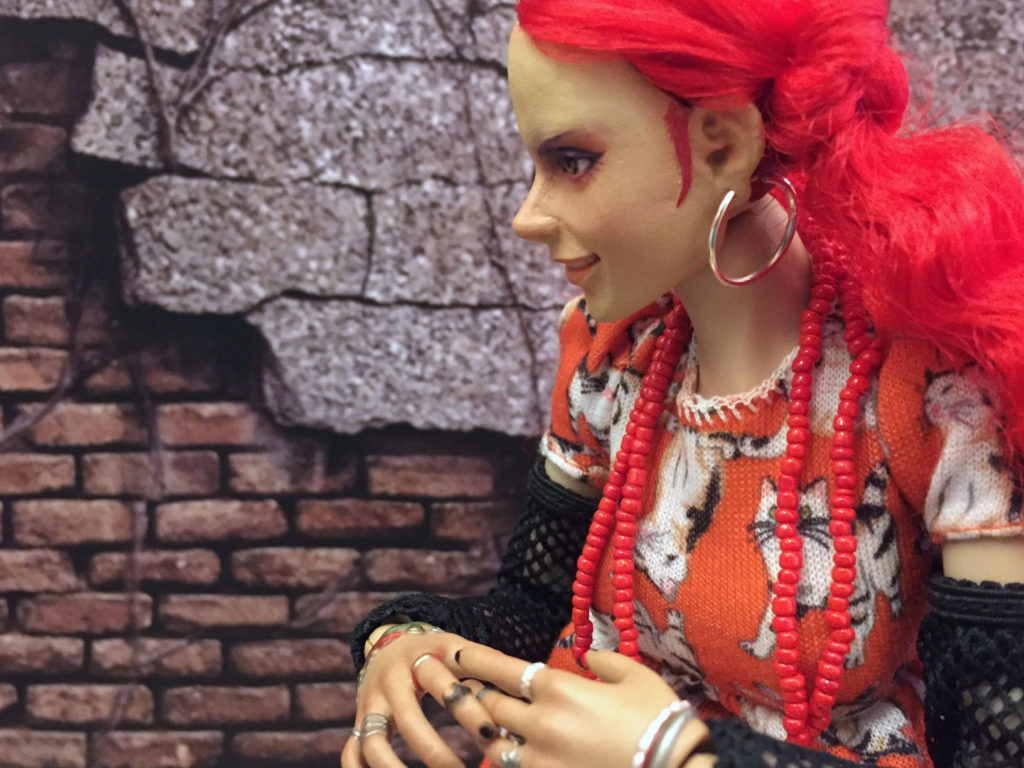 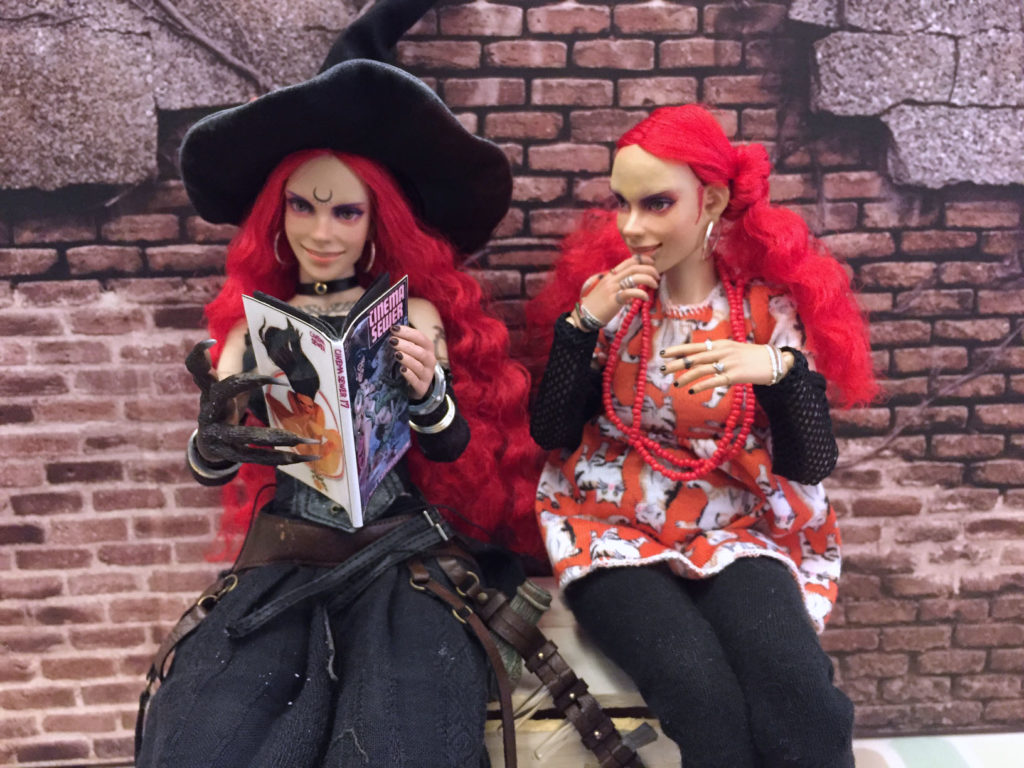 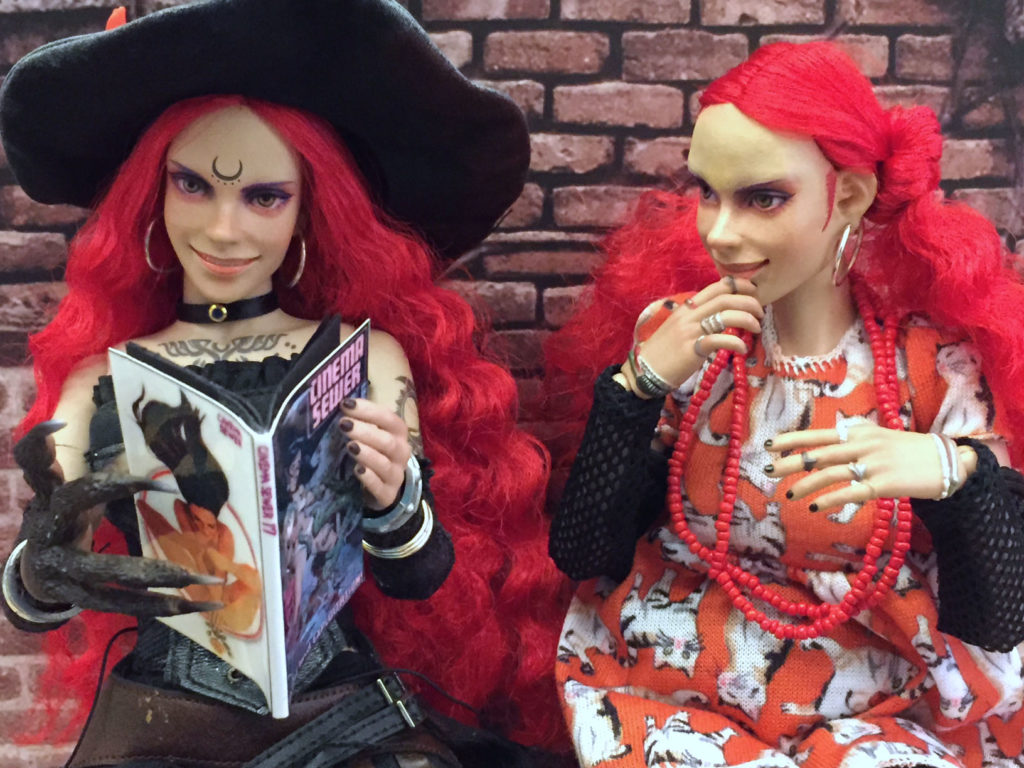 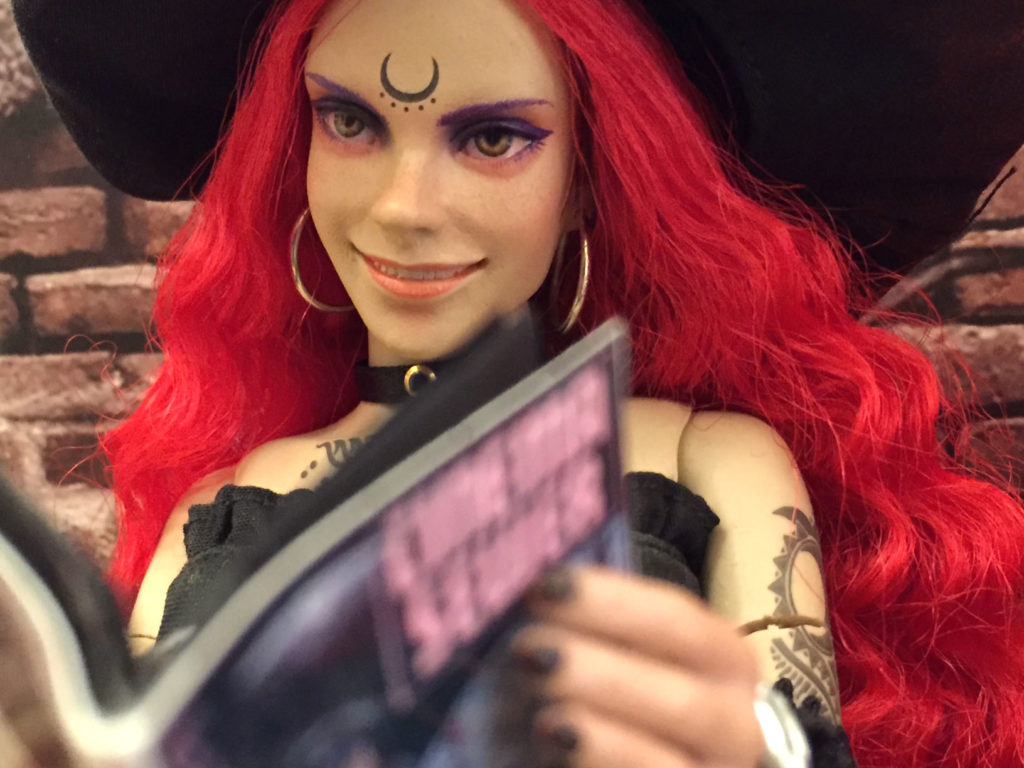 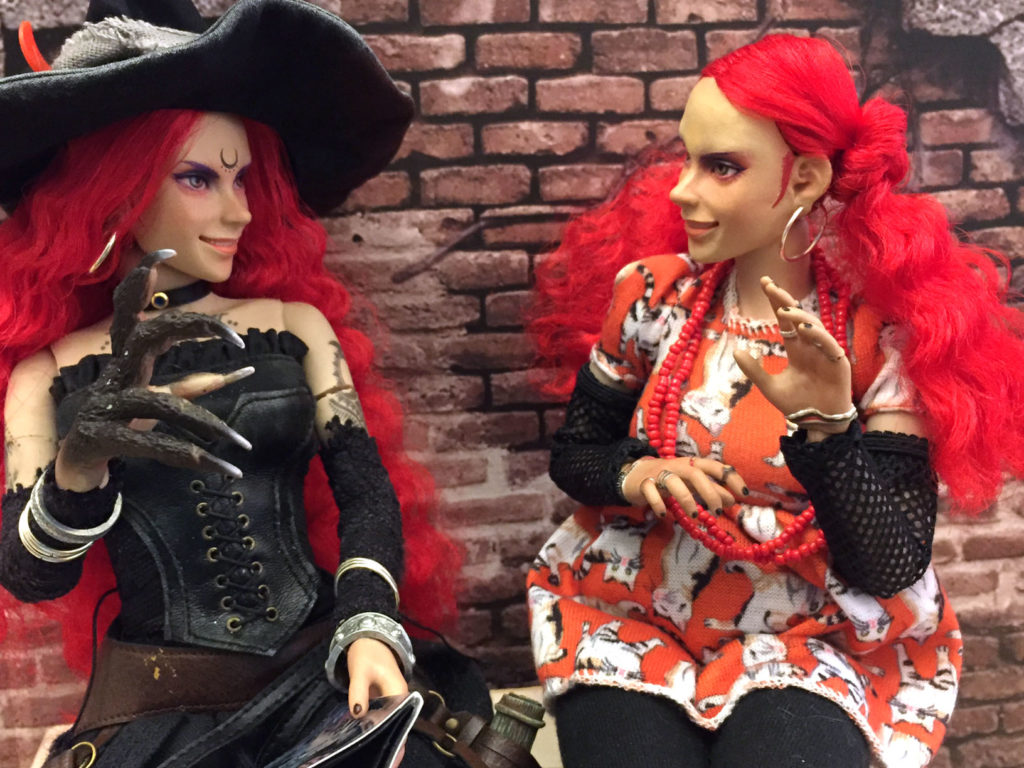 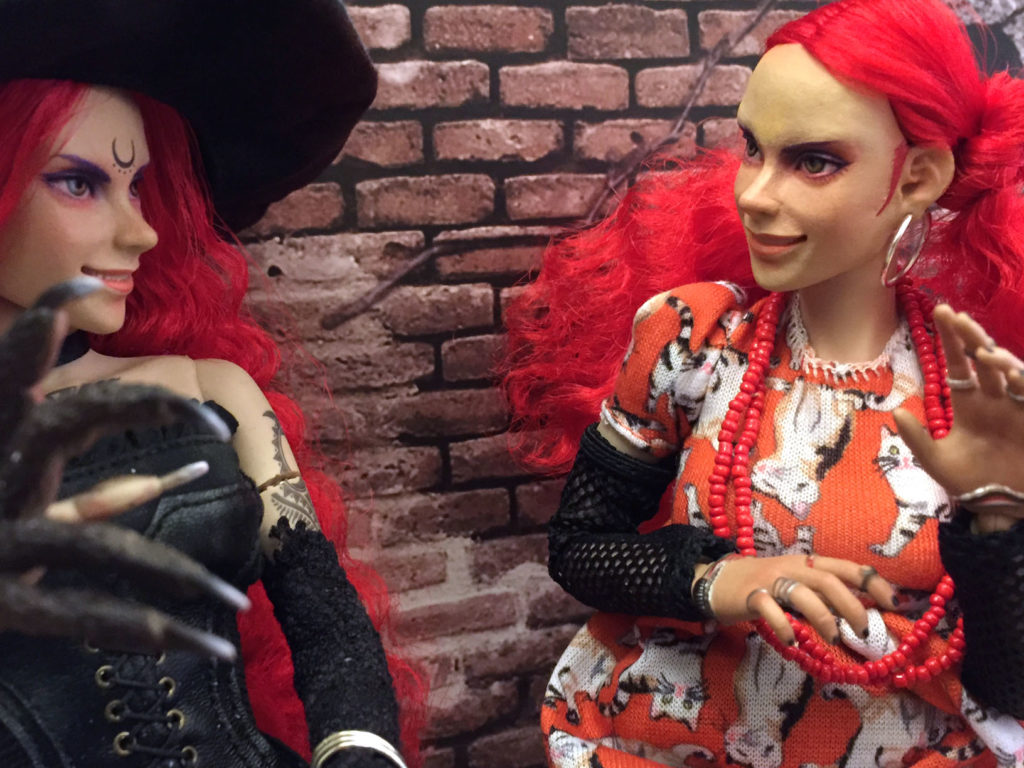 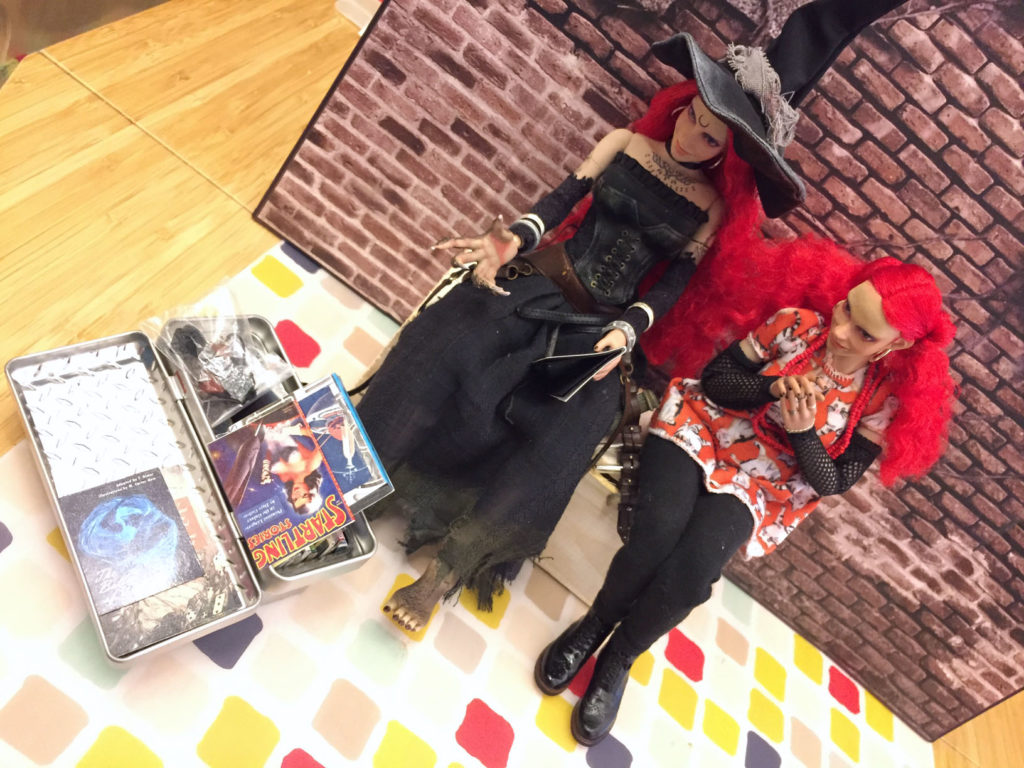 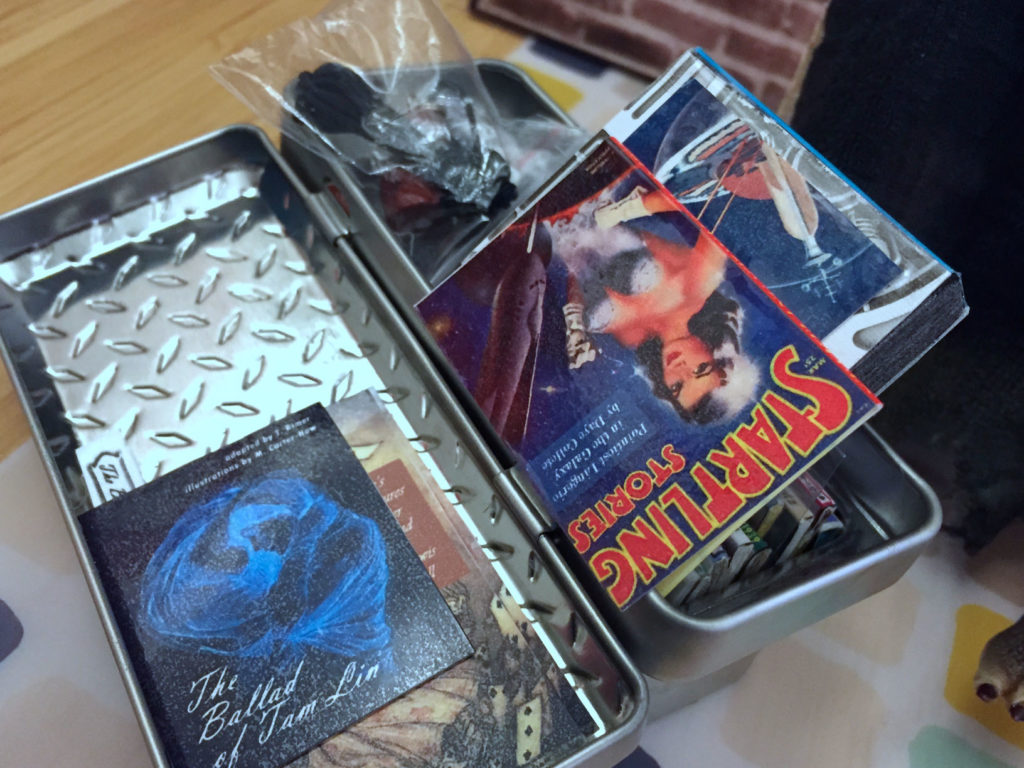 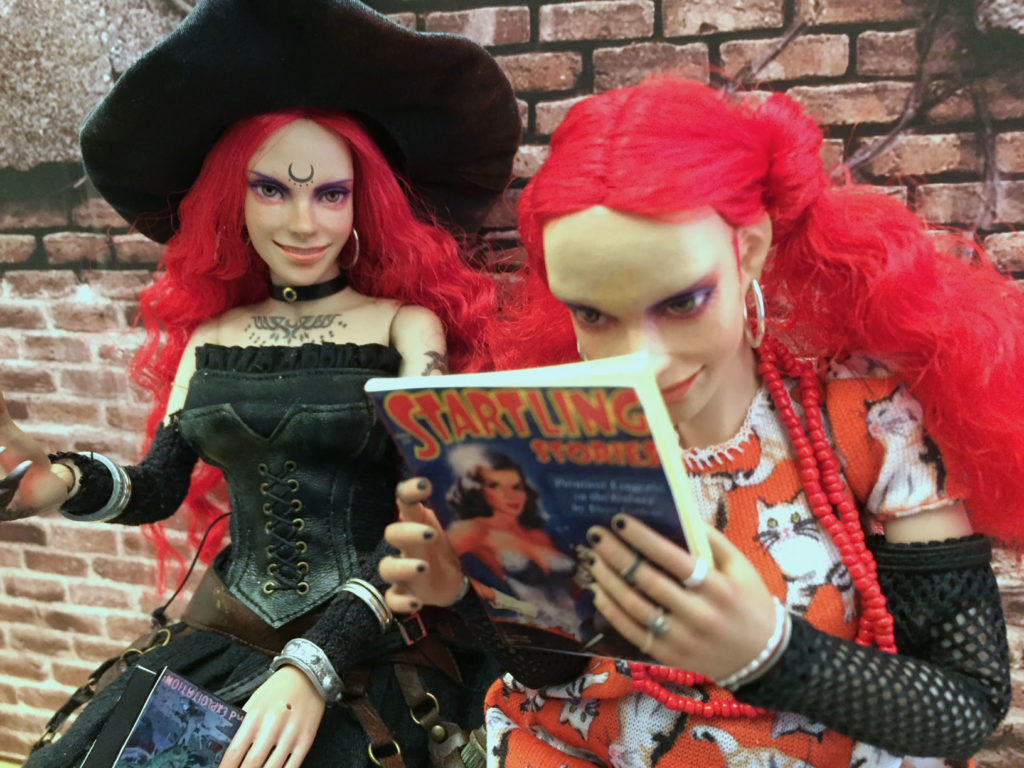 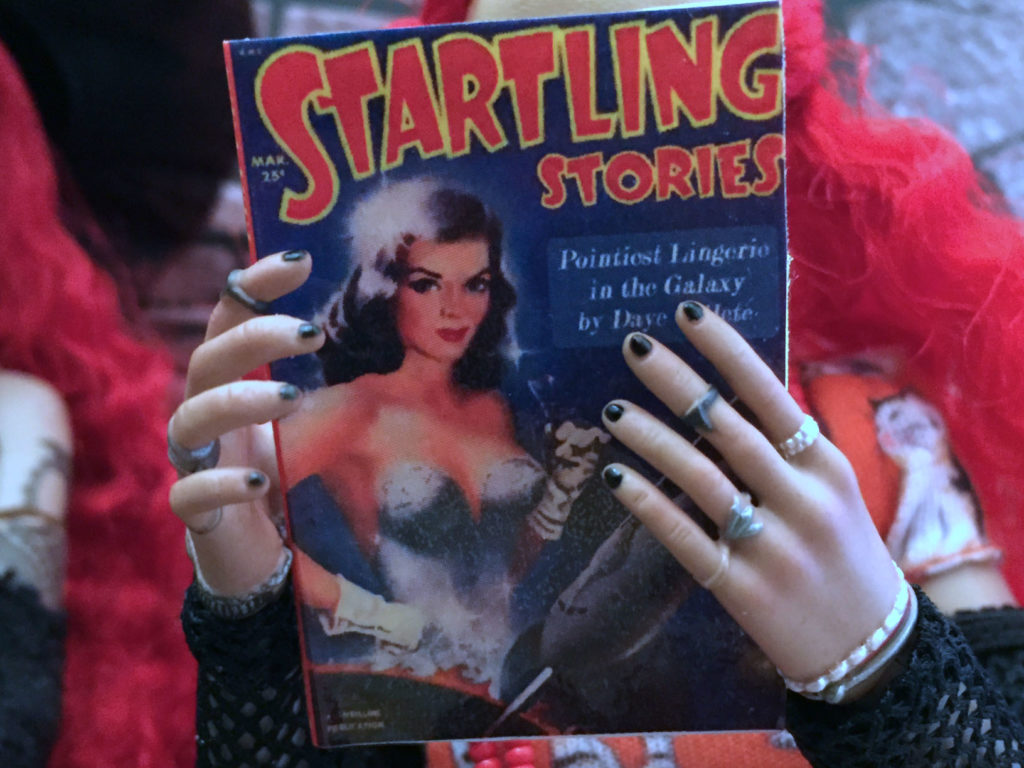 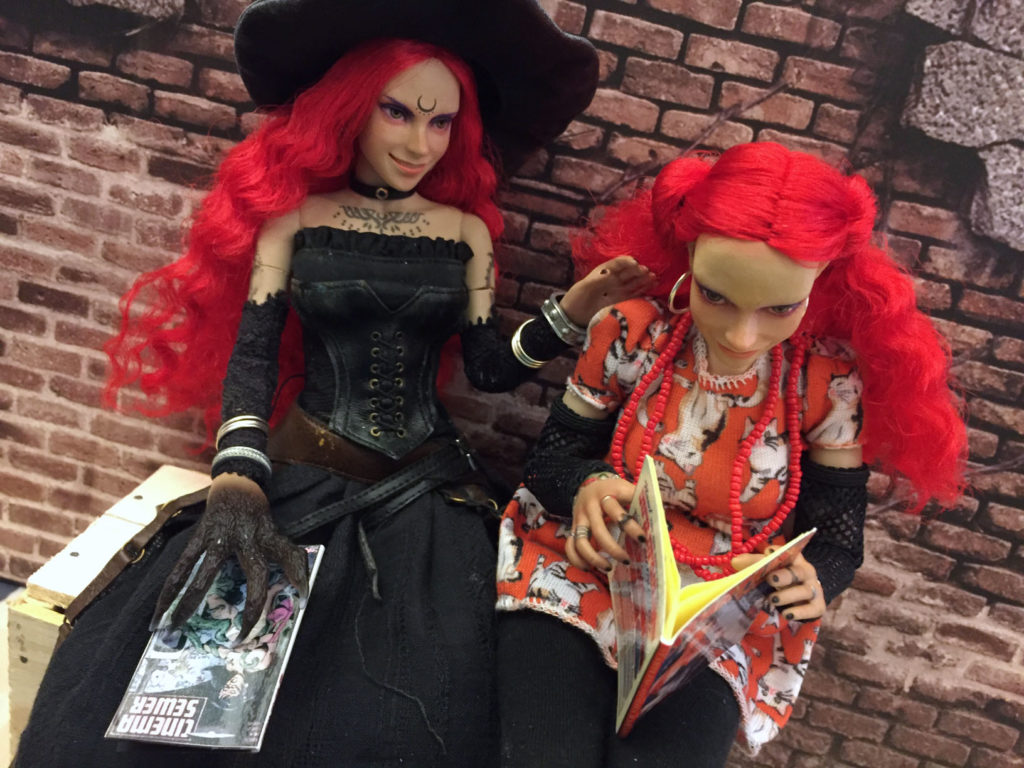 natalunasans also got me two more dolls that arrived in the mail: Mattel Fashionista 90 Rainbow Bright, who I’ve been calling the gay Barbie, and Mattel WWE Superstar Naomi. 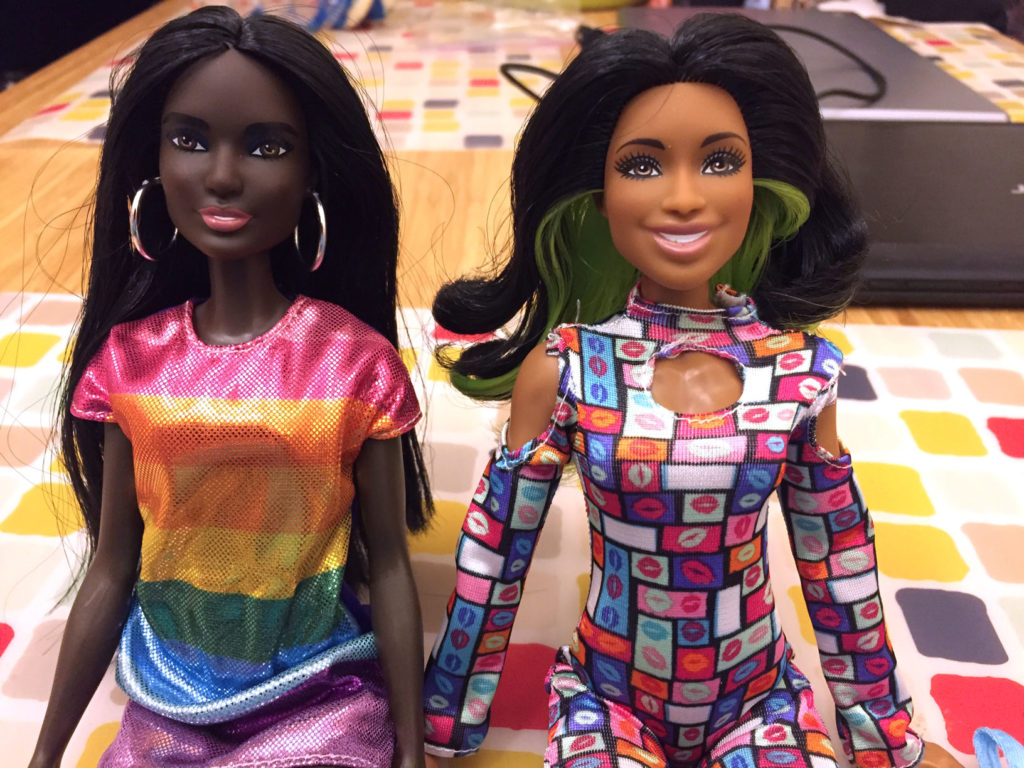