When he was at @natalunasans’ house, Harry experienced leg problems. I had originally shortened the legs on the DML body and stuck the feet back on, sacrificing ankle swivel articulation. The feet did not adhere well to the reduced calves, and they broke apart.

This weekend, I finally found a solution for this problem that would keep Harry on the same matching body and also maintain his comparatively short stature. I jammed some long Takara Cy Girl ankle cups up into the holes at the ends of his calves and stuck them there with a lot of hot glue. Then I stuck the pegs in some Hot Toys Willy Wonka bootfeet. Now he has ankle swivels, but no flexion. I don’t care, though, because he stands stably. Also the slim black heeled boots with red details fit his preferred colors.

As much as the default DML hands hold things well, I dislike them. They’re unnaturally posed, and the fingers look like hot dogs. So I picked up a Living Toyz 10″ N*Sync Justin Timberlake marionette from Goodwill for $6.00. I removed the hands, cut off the soft, swivel-only pegs, then drilled holes into the base of the hands and popped them on Takara Cy Girl wrist pegs. The hands, while slightly paler than Harry’s body, are close enough so that I’m not painting them. And they’re so much more detailed and expressive! 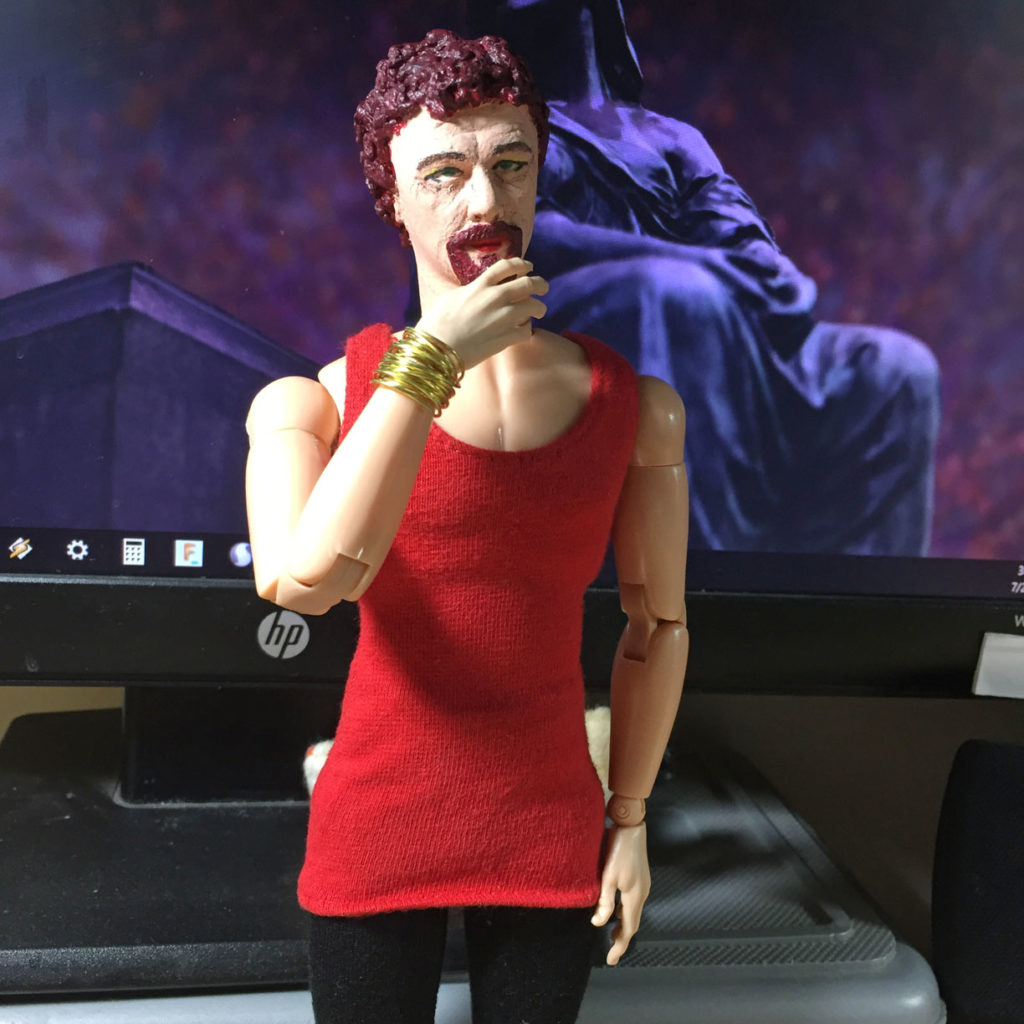 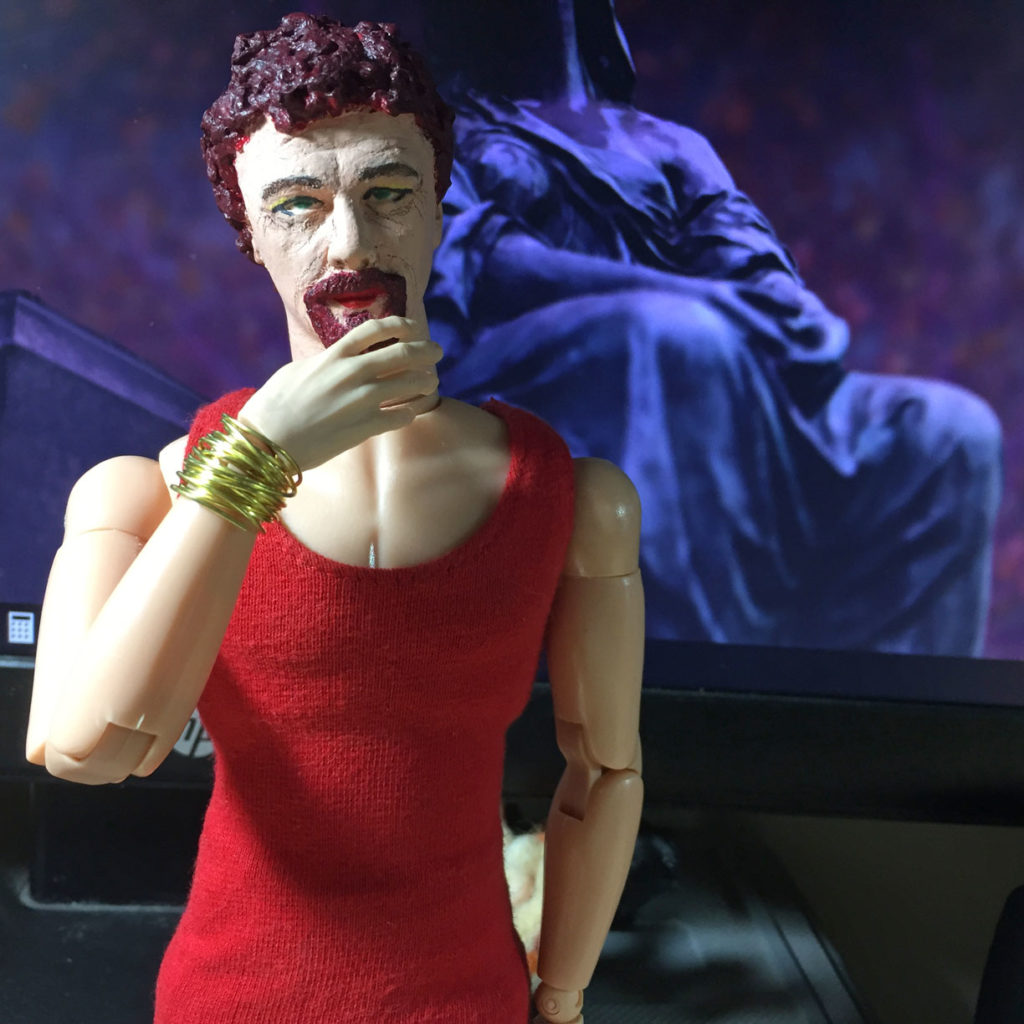 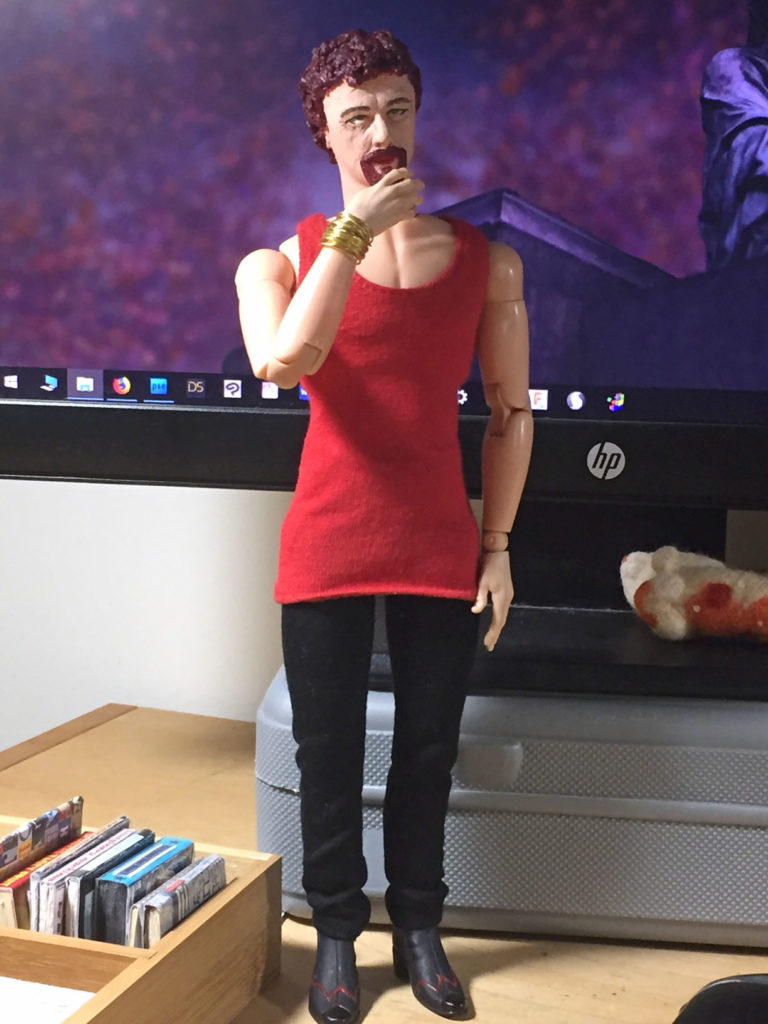