When I went out at around noon to appease the parking gods with another day’s offering, I saw a functional phone booth kitty-corner to our hotel.

The sight of phone booths excited me last year, as the US lacks functional phone booths where I live. Therefore I recorded this one for posterity, who doesn’t care. >:p 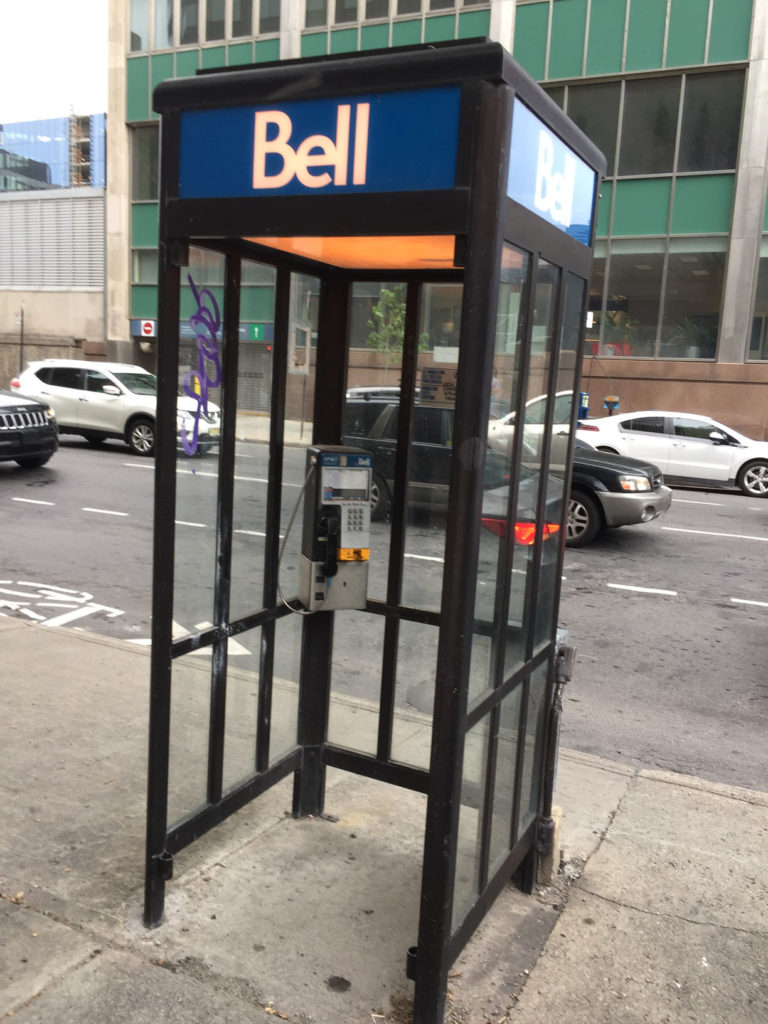 I hit the dealer room after lunch on Saturday just to see if I had missed anything good…which I had! I discovered Geeklightful, who was selling jewelry and keyrings decorated with small food that she had sculpted. It was all wonderfully done, but I couldn’t justify getting waffles or hot dogs or ice cream, since those foods are widely available in 1:6 scale. I did, however, purchase a 1:6 scale container of that Quebecois delicacy, poutine. Then we exclaimed over the awesomeness of miniature things, including Rement, for a bit, and she even took some pictures of Submit with her poutine! 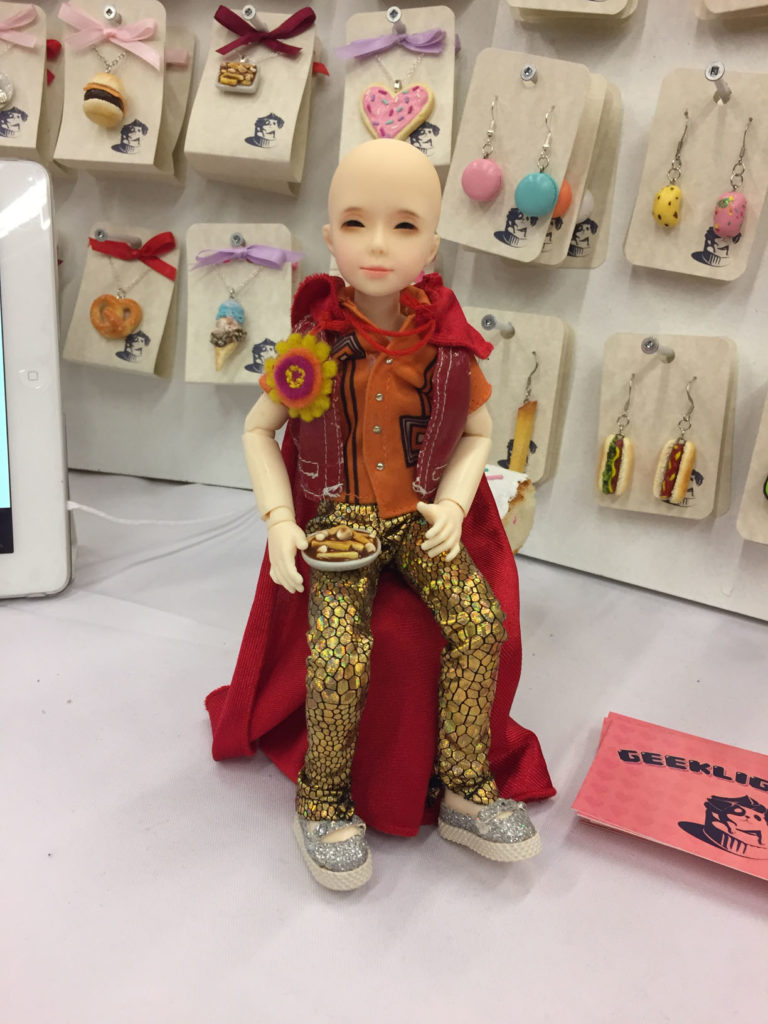 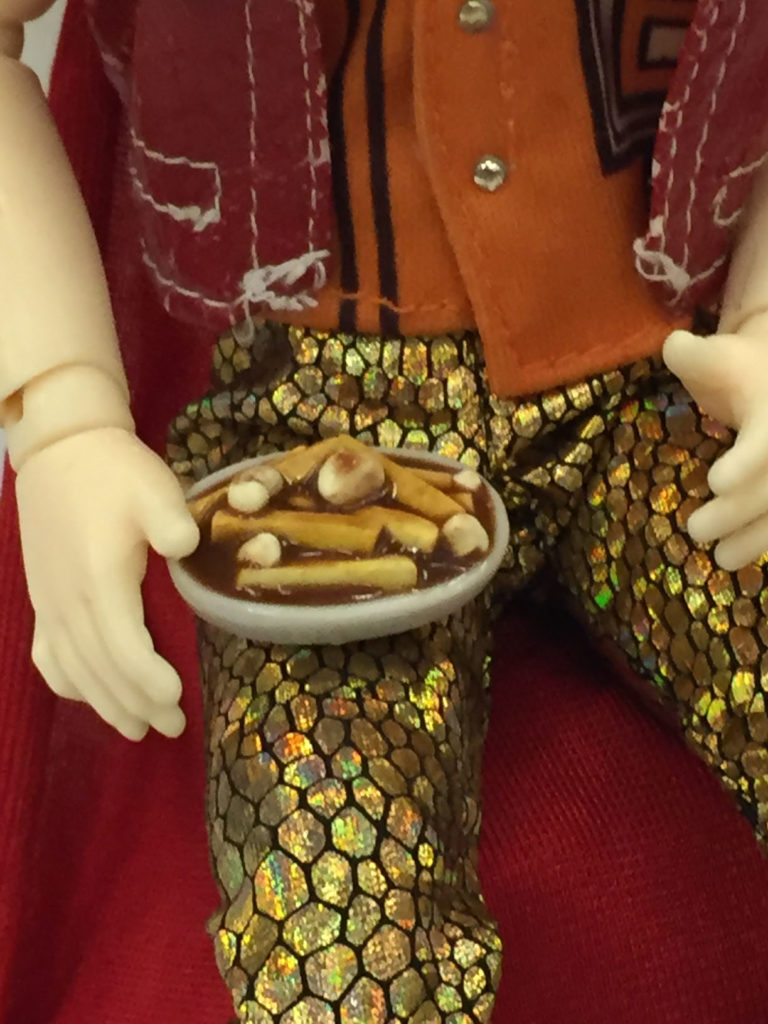 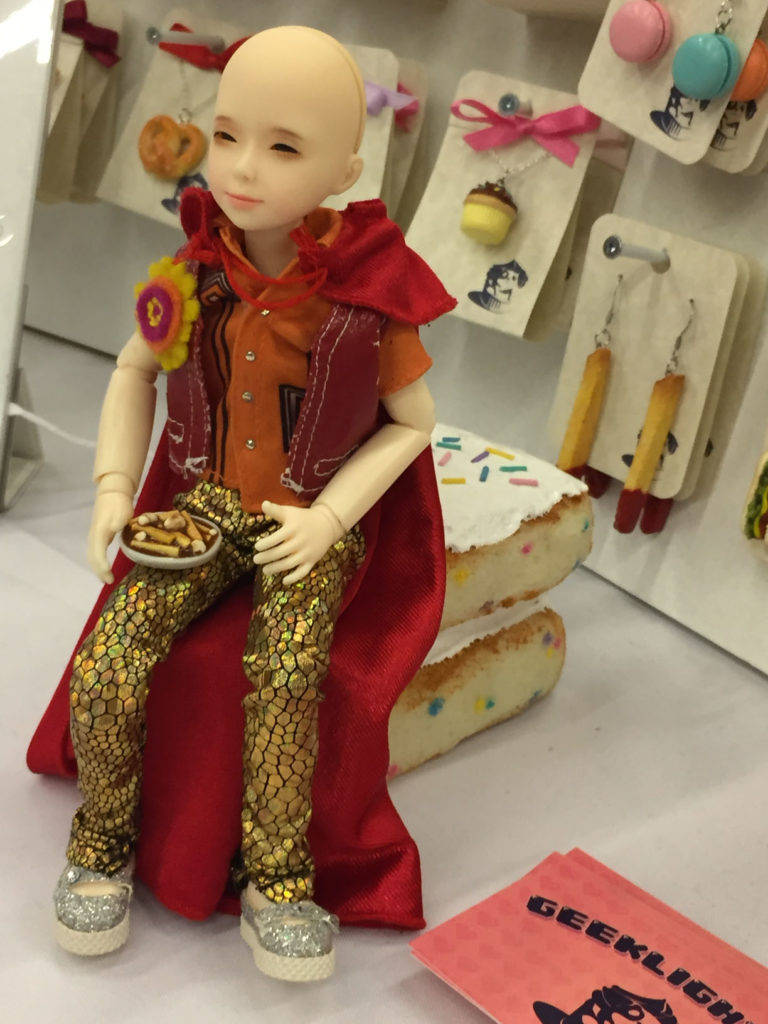 I also stopped by Sarah and Tarah’s booth where Sarah Galarneau was selling small handmade books with a variety of binding styles. I chose a small pink accordion-bound book with pale green paper for just $4.00! Submit was enchanted by all the little things to read. 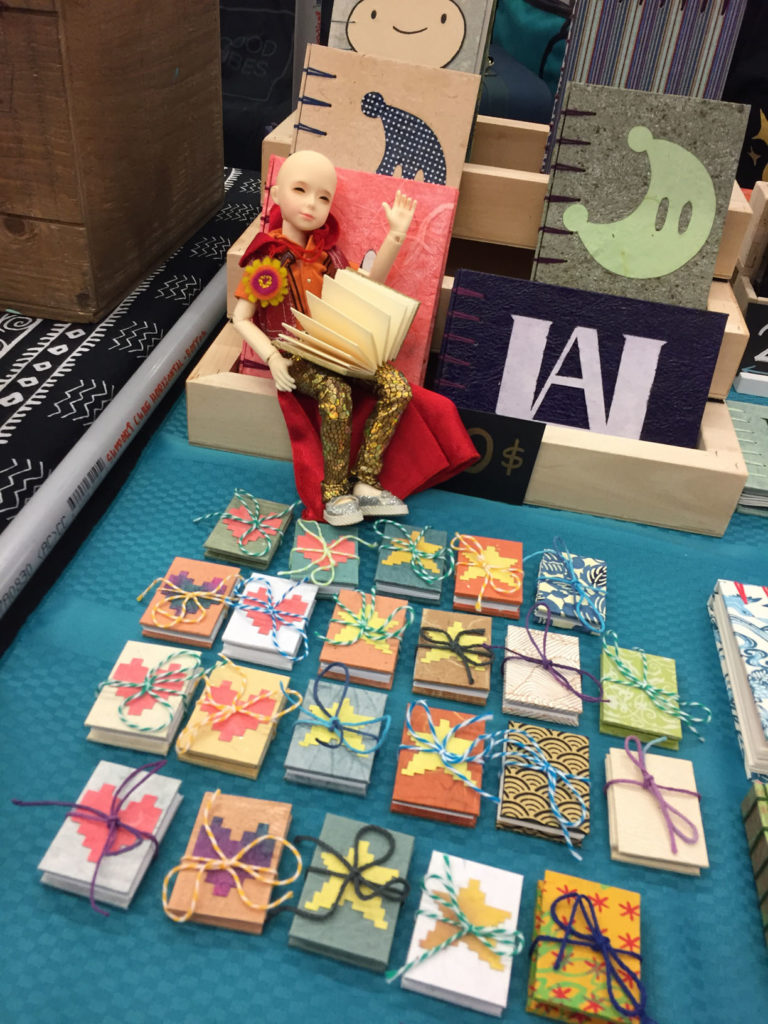 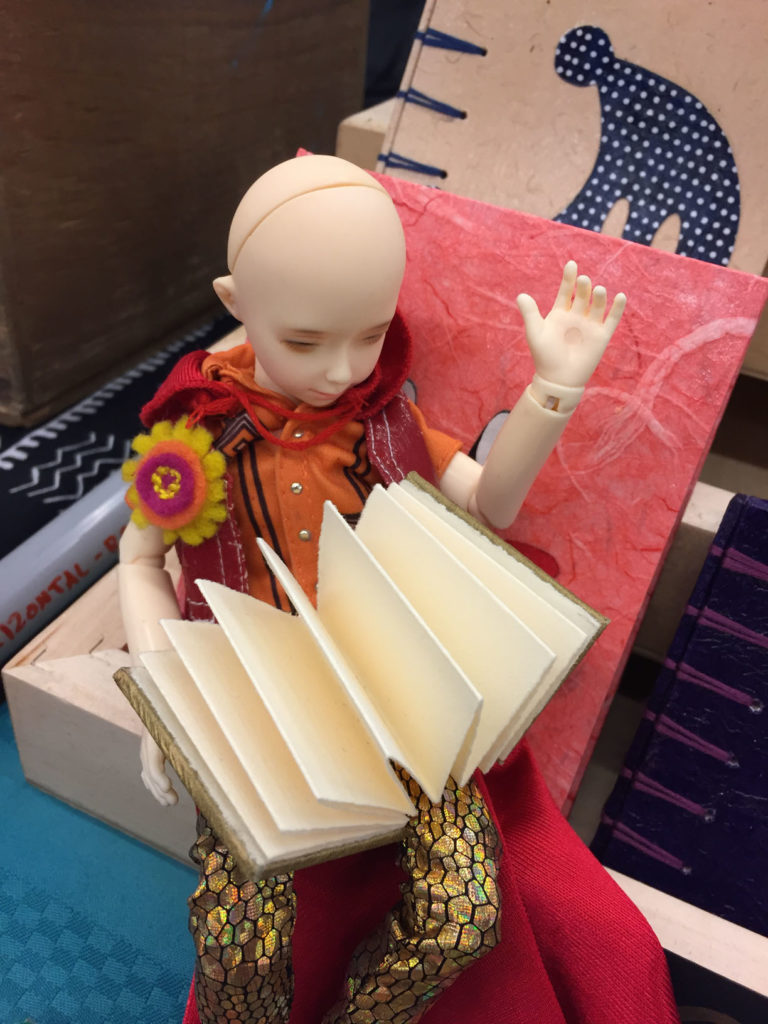 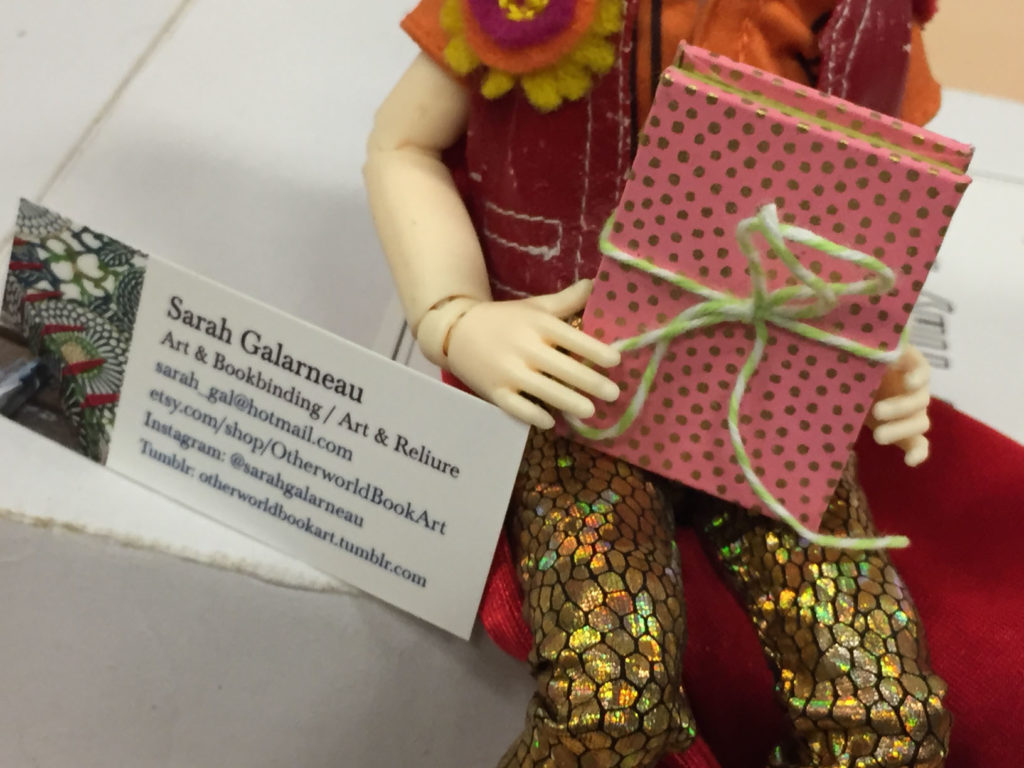 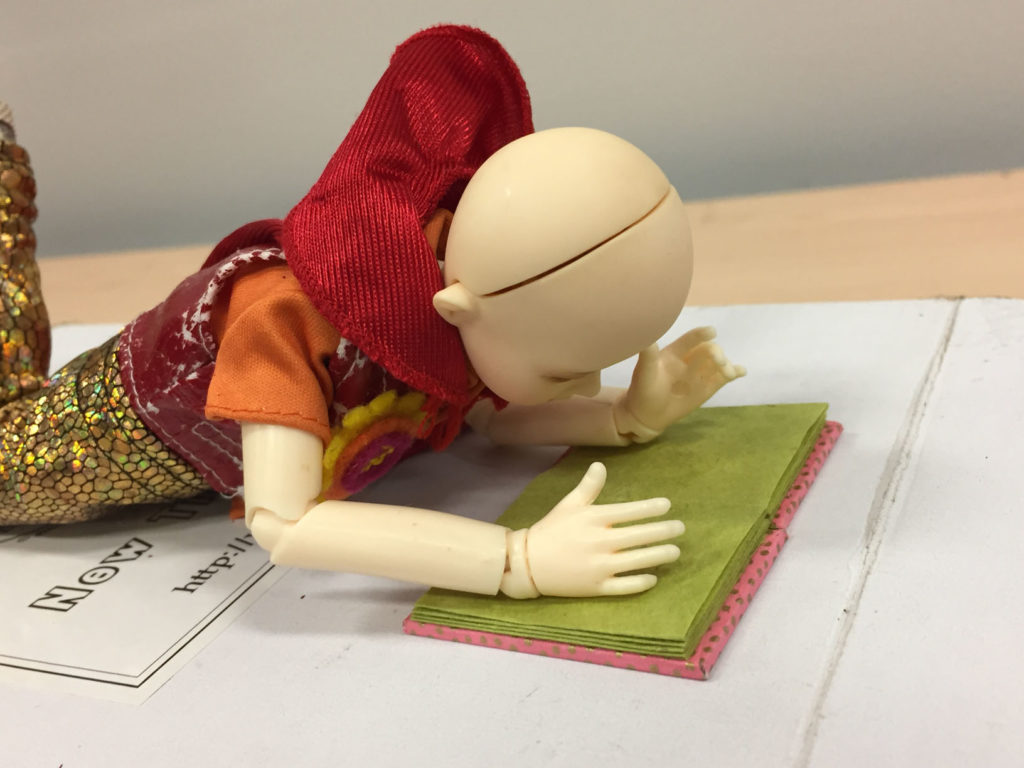 I popped into the doll show and tell meetup and encountered some highly customized 1:6 scale dolls by Josiane. She customized the bodies, repainted the faces, made the wigs, sewed the clothes, and even made the shoes. I was impressed by the breadth and mastery of her skills in so many areas. 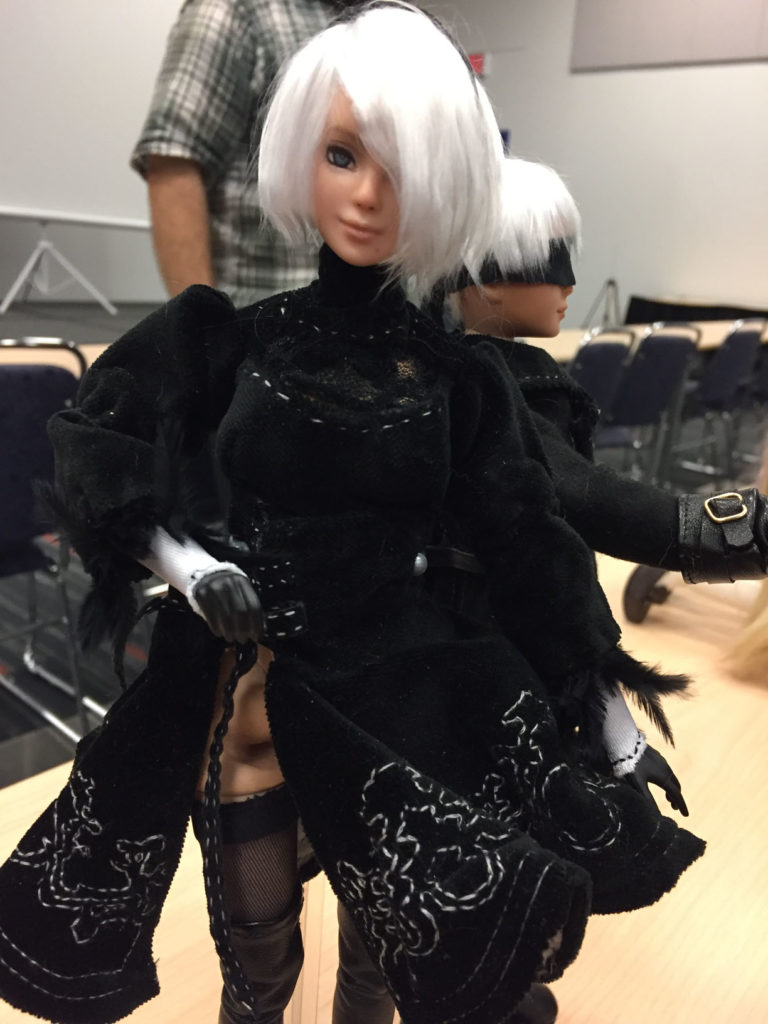 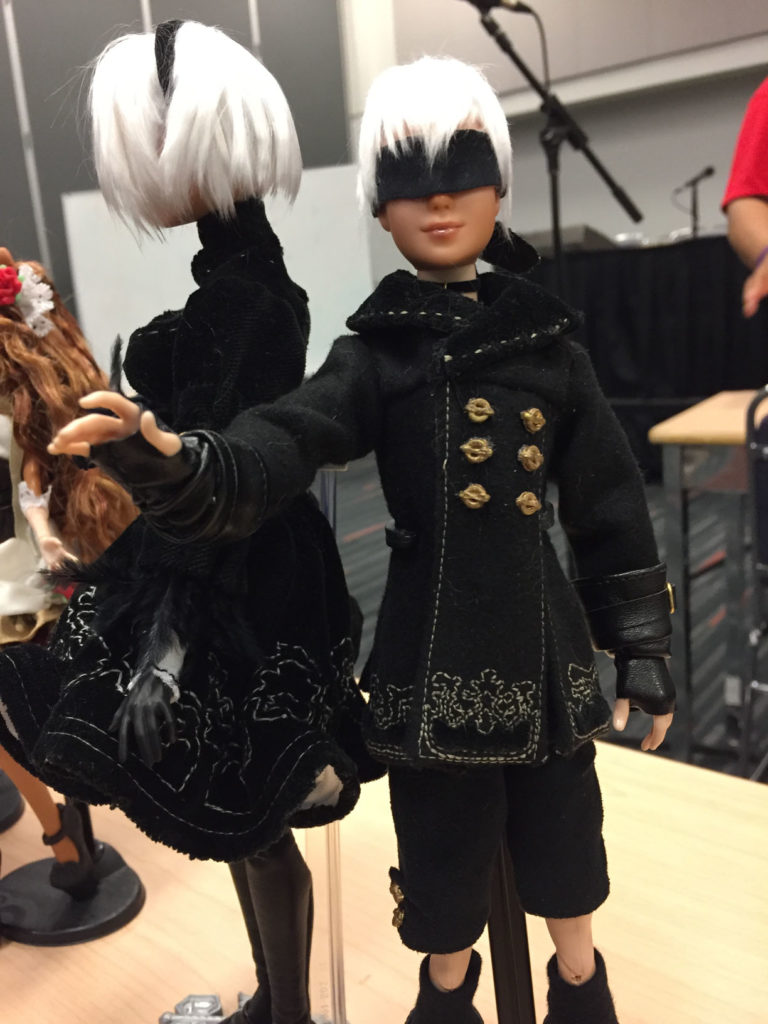 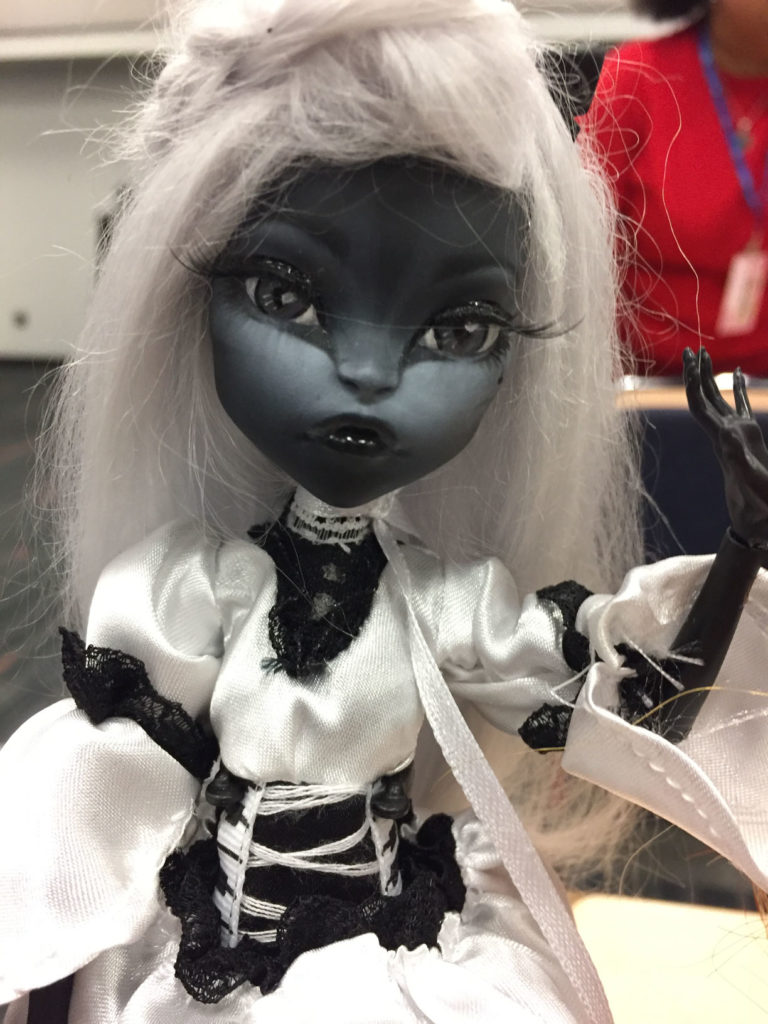 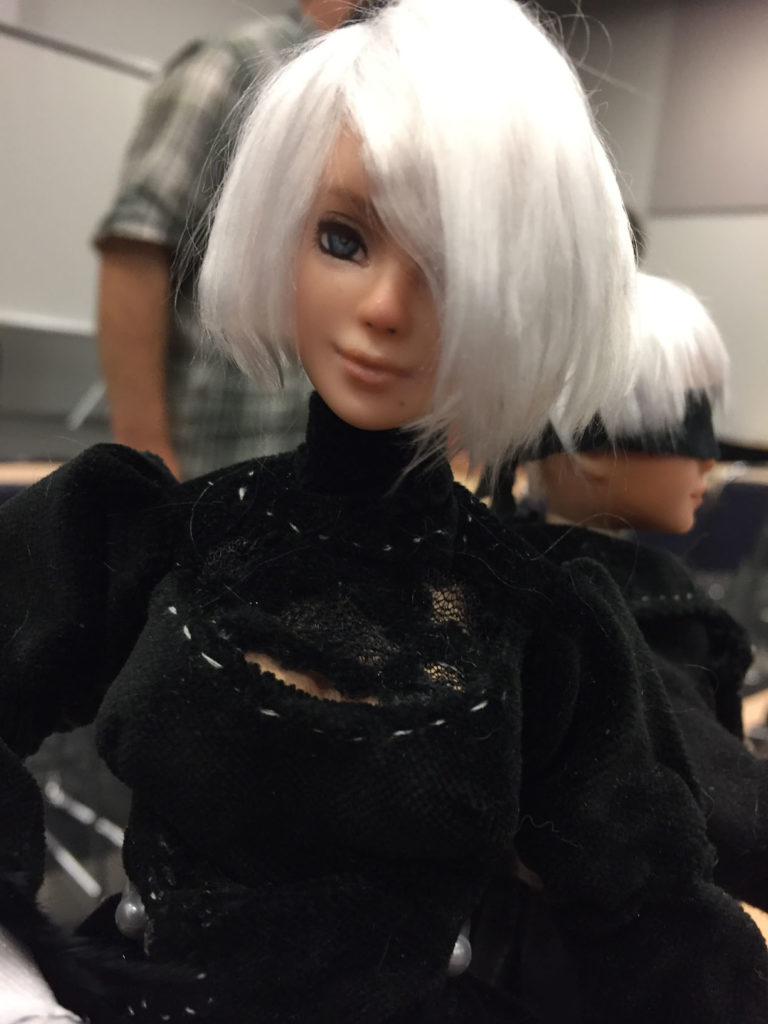 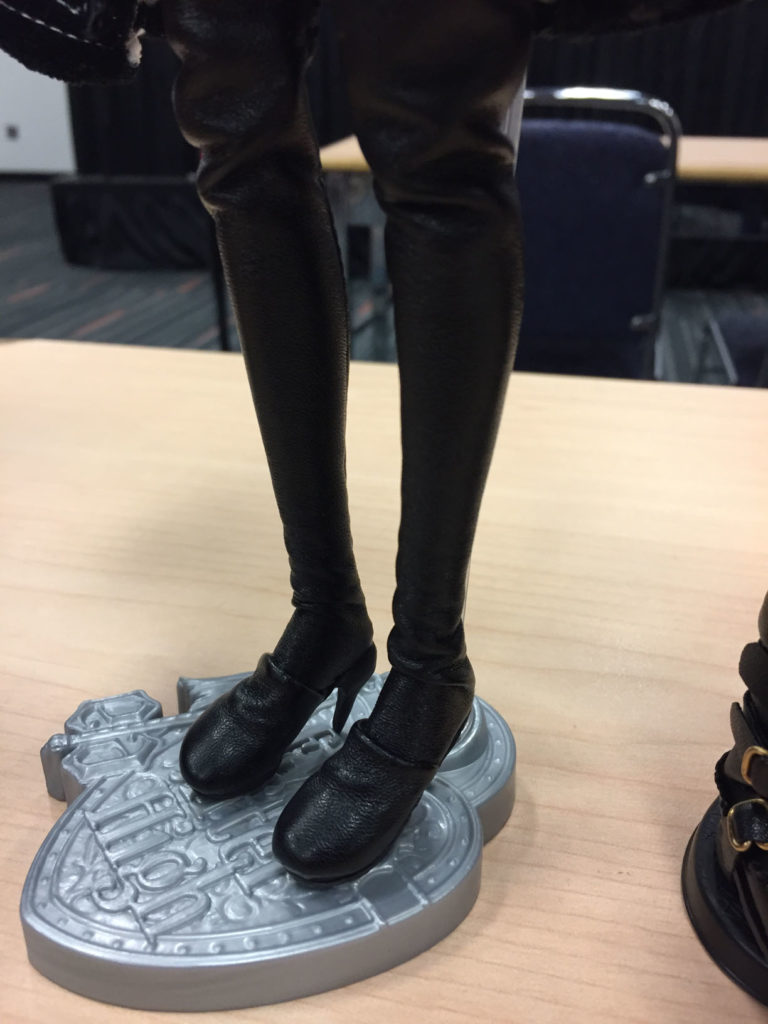 We attended two panels with Danny Choo, inventor of the vinyl SmartDoll, in the afternoon. The first, career advice, bored us. The second, filled with details about SmartDoll development and new products on the horizon, fascinated everyone. We heard about the development and growth of the company, from its operation in his cramped house to the move to its own facility. We learned about the digital sculpting and 3D printing of prototypes. Best of all, we saw owner pictures, at which Danny was crying, especially when he talked about how much kids like playing with the dolls. [Kids, he said, account for 40% of SmartDoll sales, despite the hefty price tag of the items.] He was passionate about his dolls, not just as luxury collectibles, but as toys that people played with as a source of happiness. It made me so happy to know that he liked dolls so much, especially dolls as toys!

Currently SmartDolls have vinyl limbs with a wonderfully engineered internal armature. The slush casting of the vinyl, as well as the trimming process, makes these versions expensive. As a cheaper alternative, there will soon be SmartDoll Cortex, which looks the same, but which is constructed of injection molded plastic. That news excited the audience, who eagerly awaited the possibility of AFFORDABLE SMARTDOLLS. Other upcoming releases included various characters, including some really cute ones in dark warm brown with natural hair [!!!], Mirai Plus [2:3 scale!], and Mirai Carry, a travel backpack designed for people who want to carry doll, camera, laptop, and clothes without squishing something.

Saturday night we ate out at Kagayaki Shabu Shabu in Chinatown, just like last year. Again, we enjoyed cooking our own piles of root vegetables, leafy greens, and thinly sliced meat in a broth that grew more savory over time. I especially loved the veggies and fungus; I could have gladly cooked a vast amount of mushrooms, seaweed, carrots, daikon, cherry tomatoes, bok choy, and noodles. However, as may be seen from the documentary evidence of my food below, the restaurant supplied variety over volume.