It’s been a while since I worked on my smallerverse DW dolls, mostly because I can’t find a decent, highly articulated base body. I finally put Missy on an Obitsu24, which works pretty good for her. Even the comparative heights between her and Thirteen are accurate, as she’s slightly shorter than Thirteen.

As for Bill, she’s currently on a Hasbro Descendants Jordan [daughter of the genie] body. It matches her light golden brown skintone very well. Unfortunately, it’s single-jointed all around, and the knees can’t even do a right angle. The legs are also way too long, making her more like 11″ rather than 10″. I’ll deal with that later. For now, she has shoes [a challenge to find for those large heeled feet], and she can hang out with the other smallerverse persons until I have the energy to cut her down.

No, I don’t know when I’ll get around to the rest of the smallerverse Dork fam. SIGH. 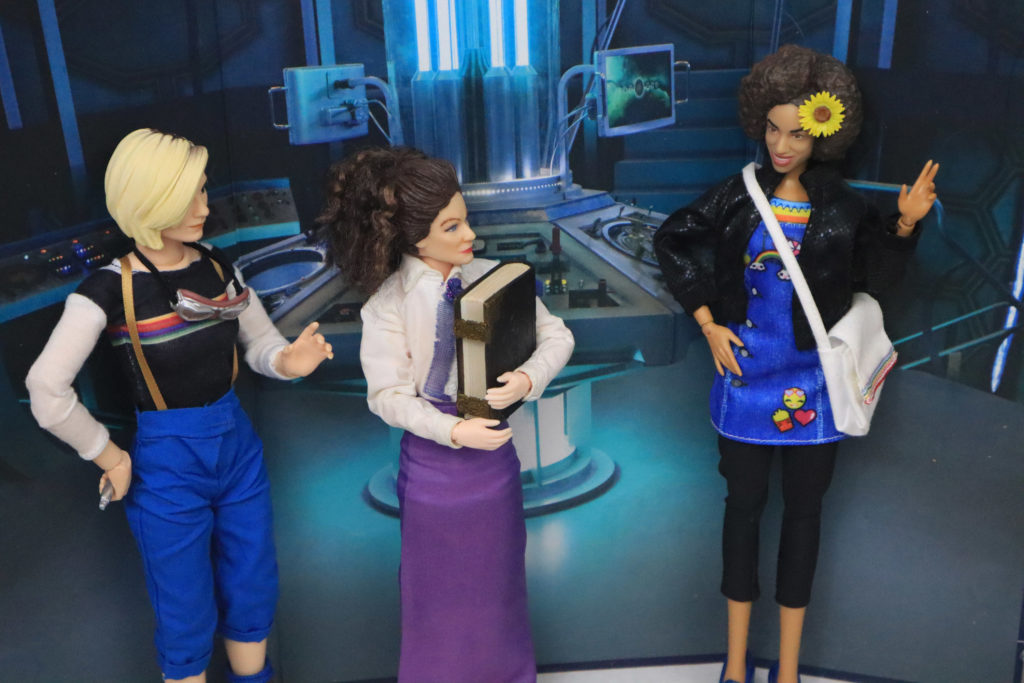