Zinnia Pascale arrived Tuesday. I took pictures of her for a pictorial review, as no one on the Web has done so for this Sideshow fig. So, forthwith, a review of the Sideshow Toy The Dead Babysitter 1:6 action figure.

Summary: I paid about $53 [including shipping] for this doll from Alter Ego Comics. She’s a very strong figure, especially in terms of all elements created specially for The Dead’s line. The new head and arm sculpts offer personality and gore in equal amounts. It’s finely detailed, elegant work, from the worried, watchful expression on her face to her elegant, claw-like hands. [Props to the sculpting team for putting her molded arms into positions that work well with a variety of poses.] The character-specific accessories, especially her hilarious set of papers, reinforce the rebellious sense of personality that you get from her fishnets and heavily made-up face. Not only is she a beautifully executed doll, but she’s also an original character whose engaging presentation really gives her a sense of…well…life, even though she’s undead. She’s generic enough that you can use her as the base for your own zombie; at the same time, she works well straight out of the box as a charming bad girl type.

This is a really good figure, but not a great figure. To shamble up into that category, she needs improvements in two categories: gore and body. In terms of gore, she needs more! I would have at least destroyed her ear on the bloody side of her face and mangled her left arm more heavily. The two missing fingers on her left hand are awesome; I want to see that kind of bodily disintegration continued elsewhere — maybe a chunk ripped out of the thigh? It’s like the Sideshow sculptors had a great concept — one side perfectly fine, the other side flayed raw — but were too chicken to take it to the extreme.

In terms of the body, the Sideshow fem body is well-articulated, but the neck, shoulders, abdomen and legs are all too long and skinny. This stringiness increases the chance of the figure being loose. In combination with Sideshow’s tendency to produce slightly large heads, the narrow fem body makes for freakishly proportioned figs. The Babysitter actually looks pretty good proportion-wise, but she looks even better on a PB! [Planning to swap her original hands onto some old CG pegs…] Sideshow needs to take at least 0.25" out of both the abdomen and maybe up to 0.5" out of the legs. All this being said, though, about the gore and the body, we customizers can always add more blood and/or switch her to another body to improve her on our own.

Anyway, despite my complaints about the level of gore and her body, I recommend the Babysitter. With her expressive sculpting, high level of articulation, detailed, durable and appropriate outfit and accessories, not to mention her beautiful packaging, she is both novel and awesome. 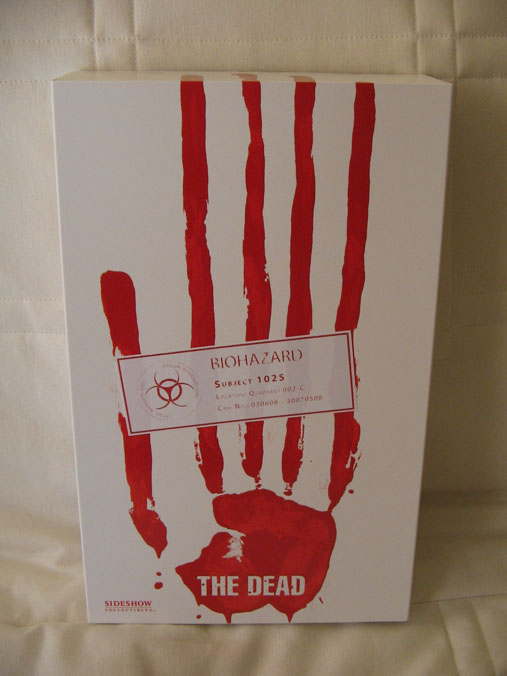 Detail of biohazard sticker on the front of her box. 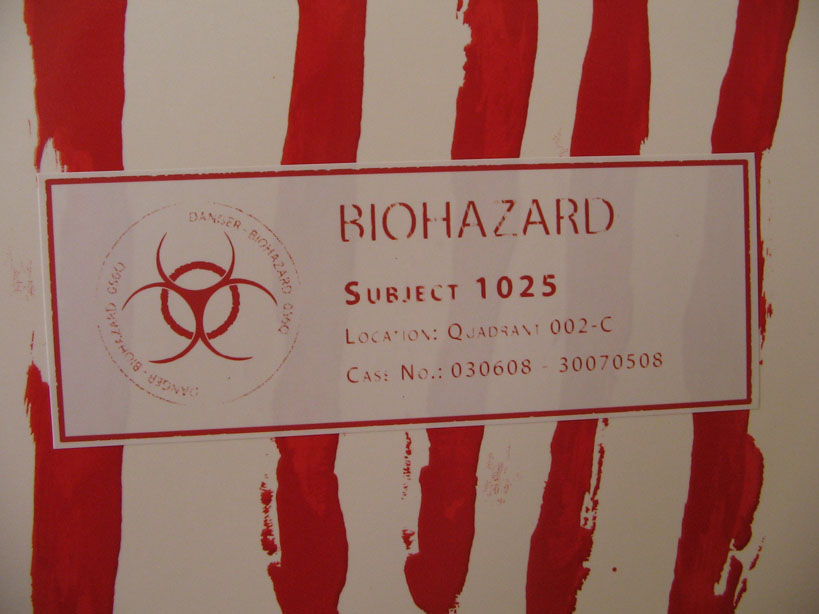 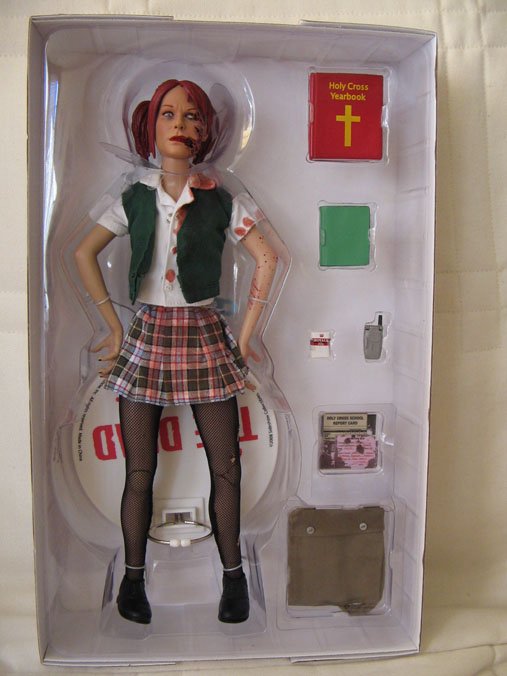 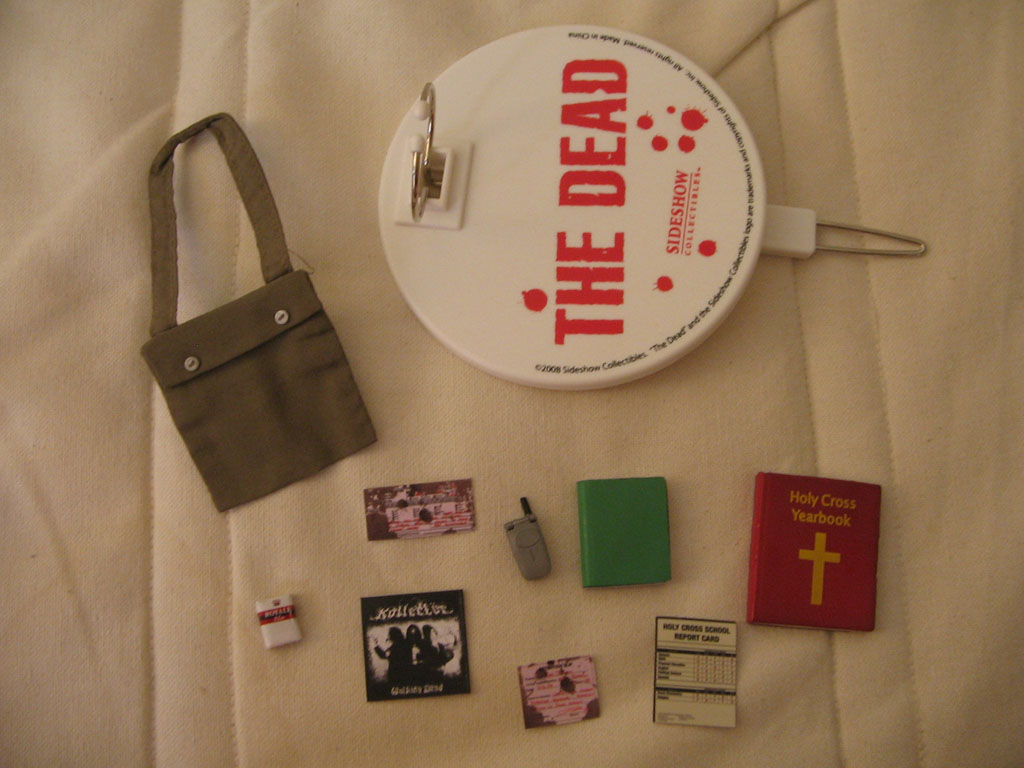 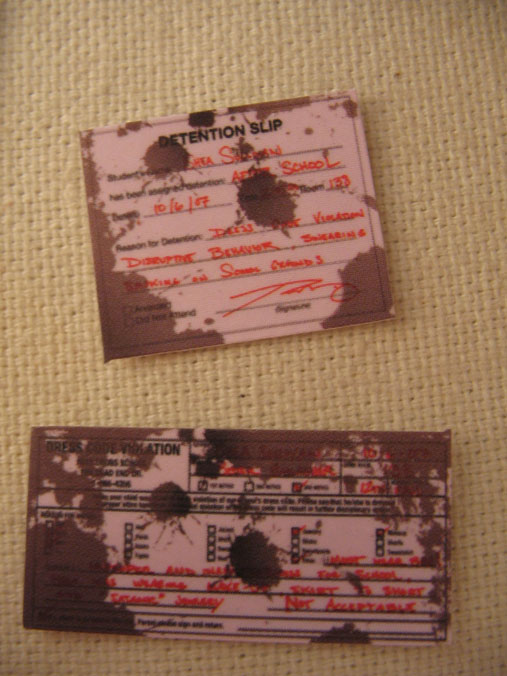 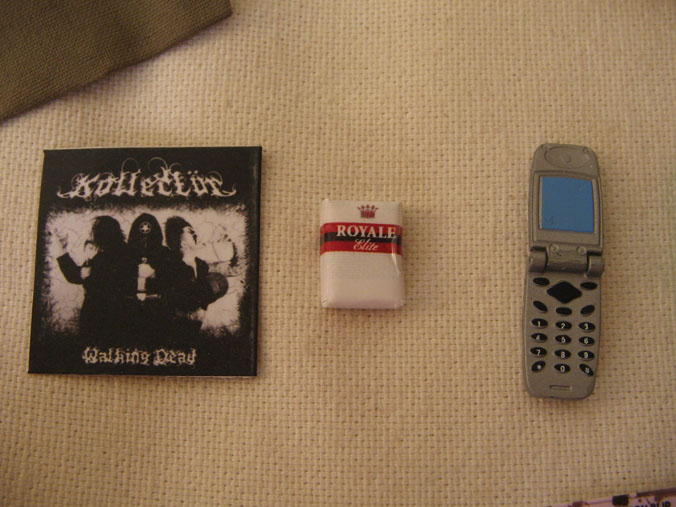 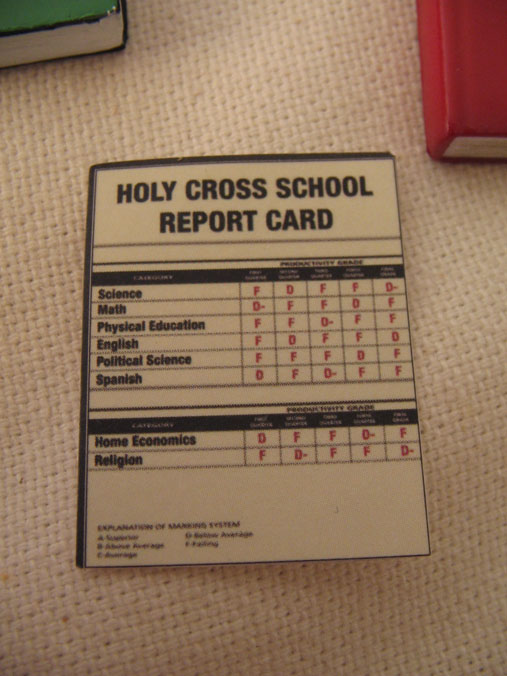 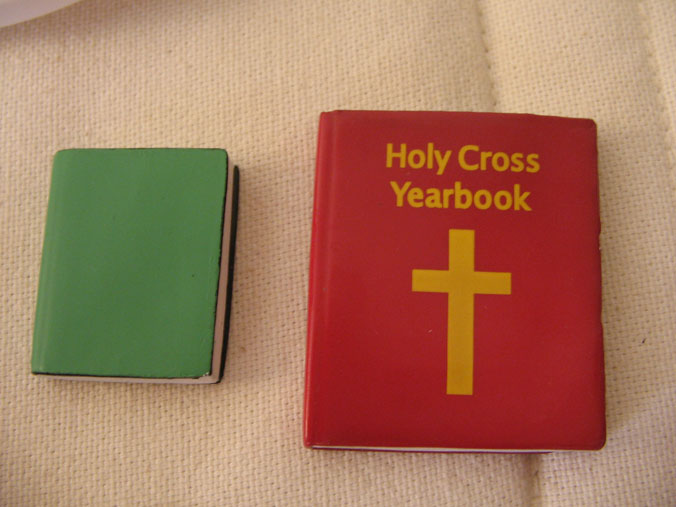 Naturalistic poses are possible, even with reduced arm articulation. 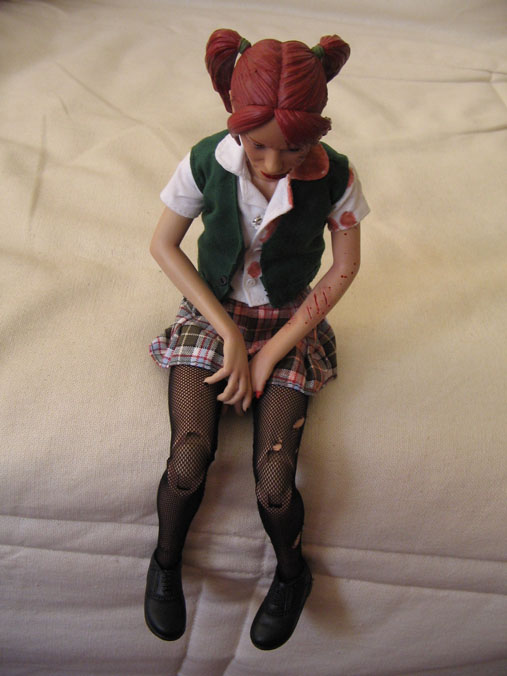 GOOOOORE! Nice detailing on the teeth. I wonder why her ear and hair look so perfect, though… 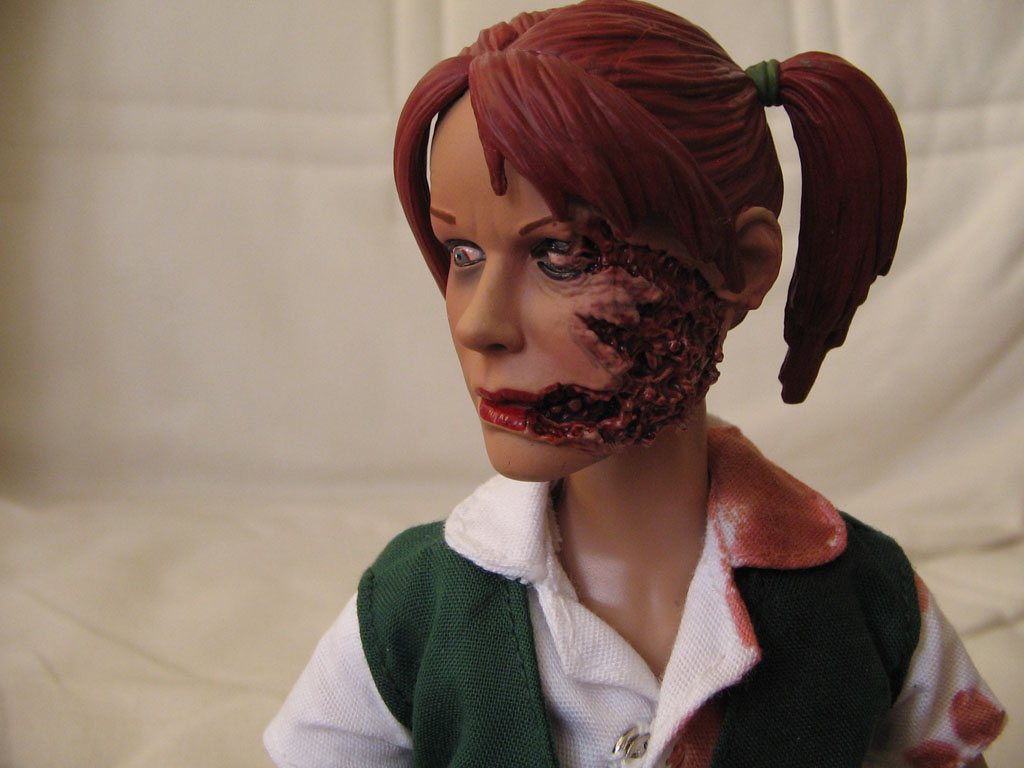 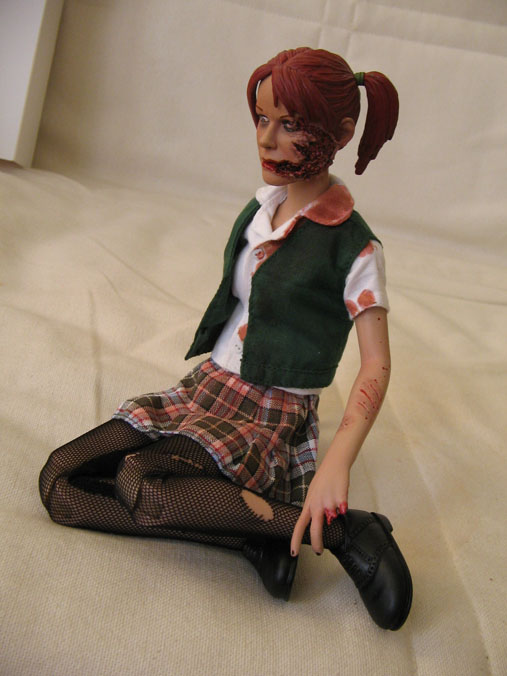 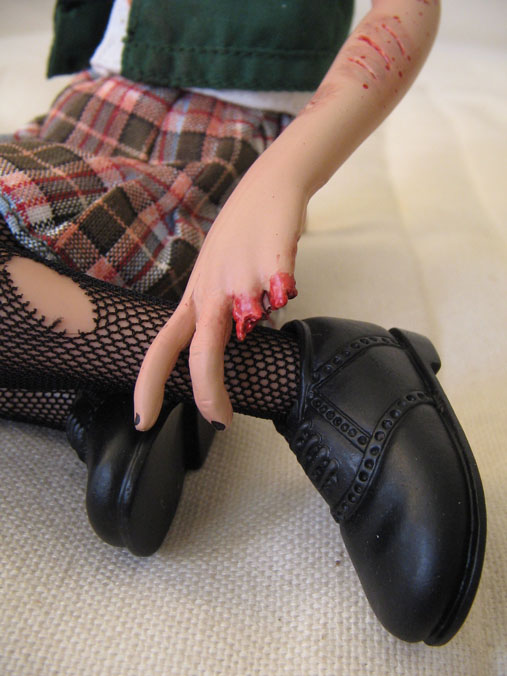