As an invdividual whose hair regularly flirts with non-existence [i.e., I buzz my hair with a #1 blade down to 3.175 mm every month], I appreciate baldness.

I especially like women with no hair on their heads or else only a few millimeters. Hair provides protection and conformity to societal expectations, especially for women, whose hair is seen as their "crowning glory" [adapted from 1 Cor 11:14-15]. A purposeful lack thereof on women, therefore, indicates a certain boldness in flouting cultural expectations. At the same time, since it lays bare one's facial features and the shape of one's head — containing lumps, dips, curves, moles and scars that are secret for most people — baldness also denotes in my mind an appealing frankness and vulnerability, a willingness to confront the world plainly, with unadorned honesty. I find women's intentional baldness a strong aesthetic statement, perhaps even a philosophical one.

My attraction to bare-headed women appears in my doll population. The aesthetic appeal remains the same, while the philosophical underpinnings are more along the line of being lazy and cheap and not wanting to spring for an expensive, high-maintenance wig. :p

It started off with Sardonix, shown here in her second inresination. 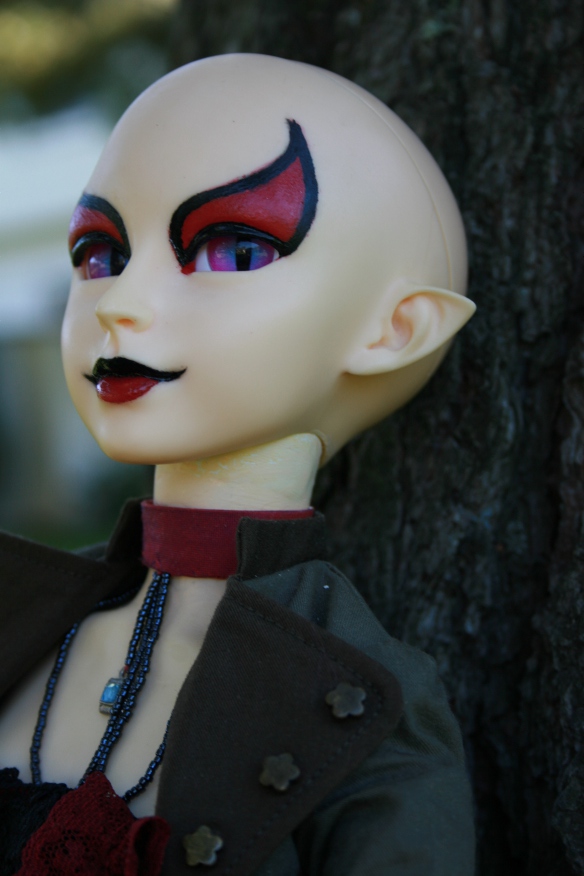 She was followed by Submit, shown here also in her second inresination: 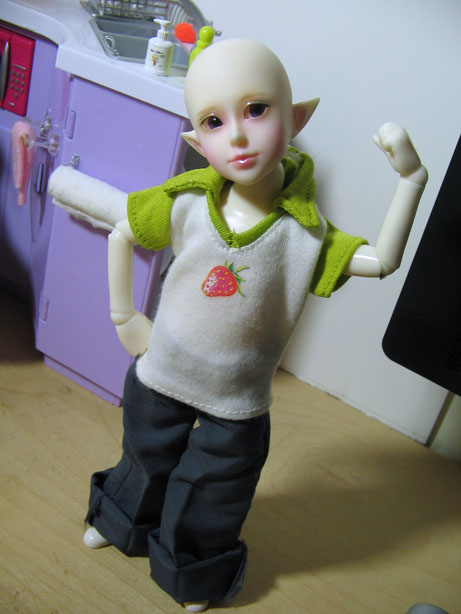 Then came Noodge [who originally did not have a designated sex, but has apparently defaulted to female].

And now Kinneret's just informed me that she, too, has no hair. I should take pictures of the hairless hordes some time.