She came today! The first thing I did was…break her arm. I snapped the internal skeleton of her left upper arm, creating the clean break indicated by the arrow in the picture below. I immediately concluded that Phicen seamless bodies are CRAP. They're not poorly made; they're just contrary to the purpose of action figures, who are supposed to move and pose, not snap. 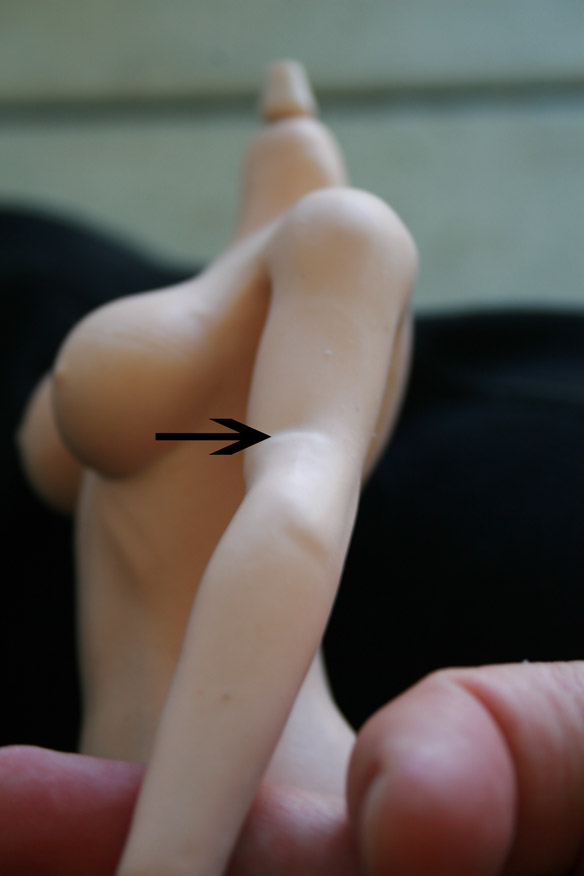 Anyone want a broken Phicen? It's a large bust, pale Caucasian tone. Everything's great and pristine except for that stupid left upper arm. 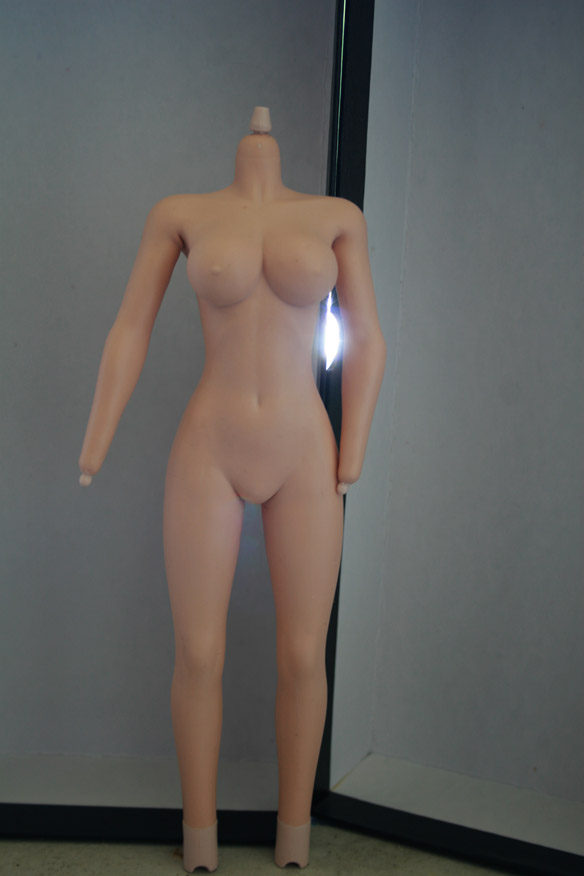 I moved Millie over to a CG 1.0 body to take pictures of her in some of her outfit. I really love her headsculpt. She looks horsey and androgynous, like a combination of David Bowie and Scarlett Johansson.

Here she is standing in front of her box, which was the second best thing about this figure, aside from the headsculpt. I'm not sure what to do with the package, but it would make a great base for a 1:6 scale bed, couch or other large piece of furniture. 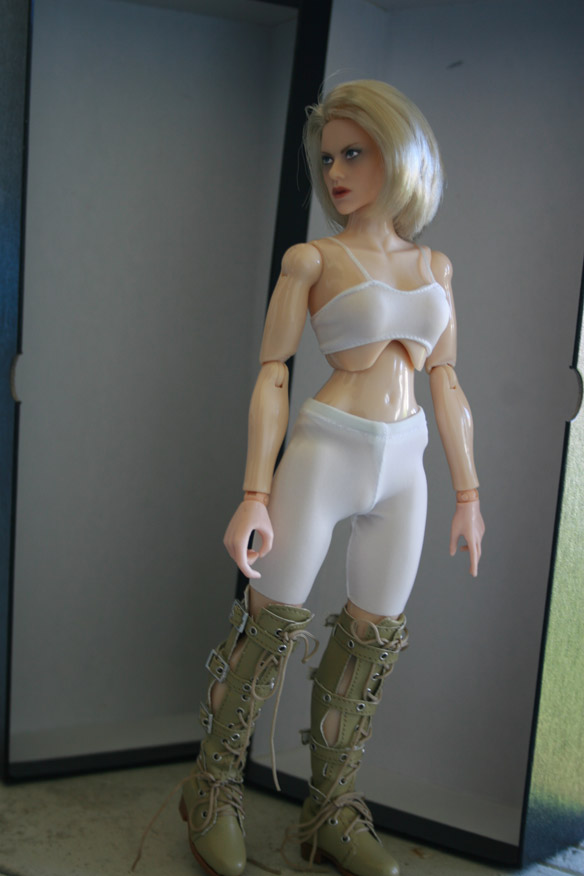 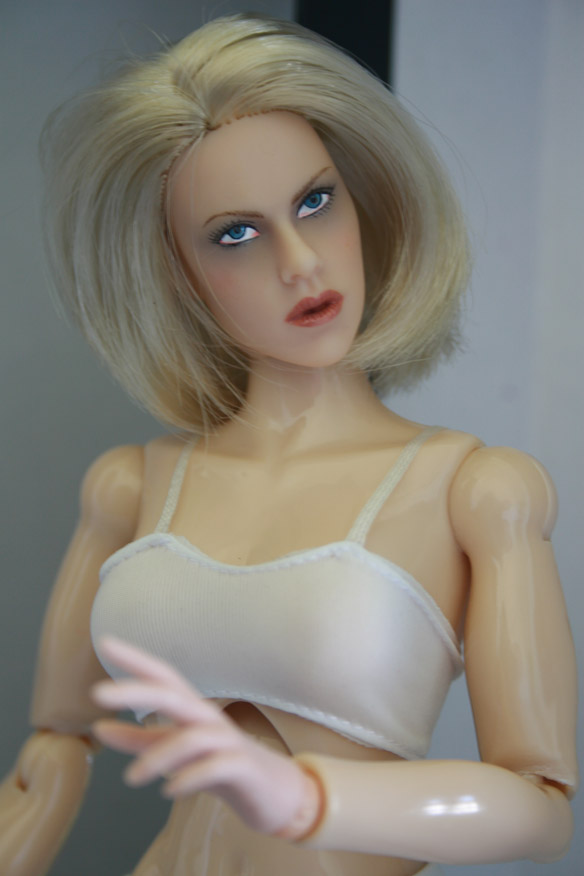 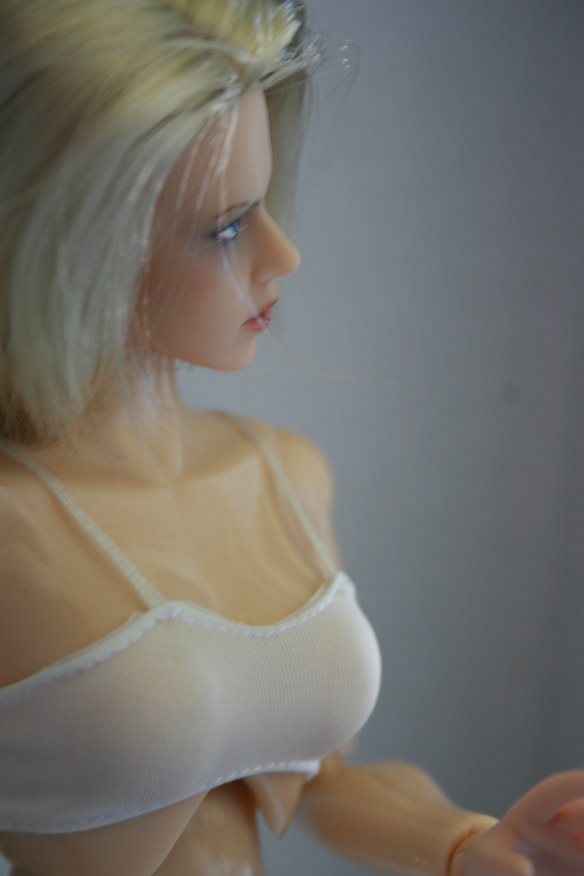 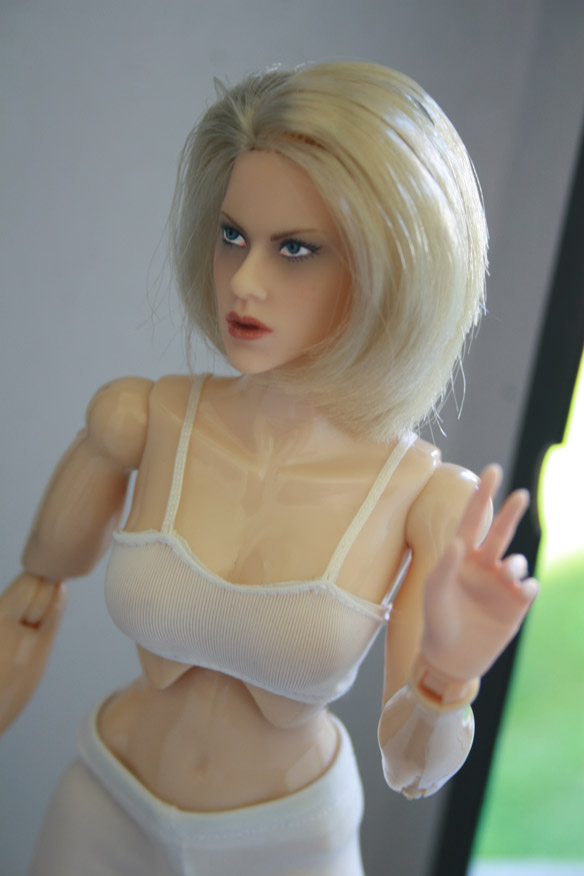 Here's another part of her outfit, the trench coat, which I'm not interested in. It's well made, with working pockets, but it looks pretty stupid with this outfit since it covers everything up. Anyone wanna trench coat? 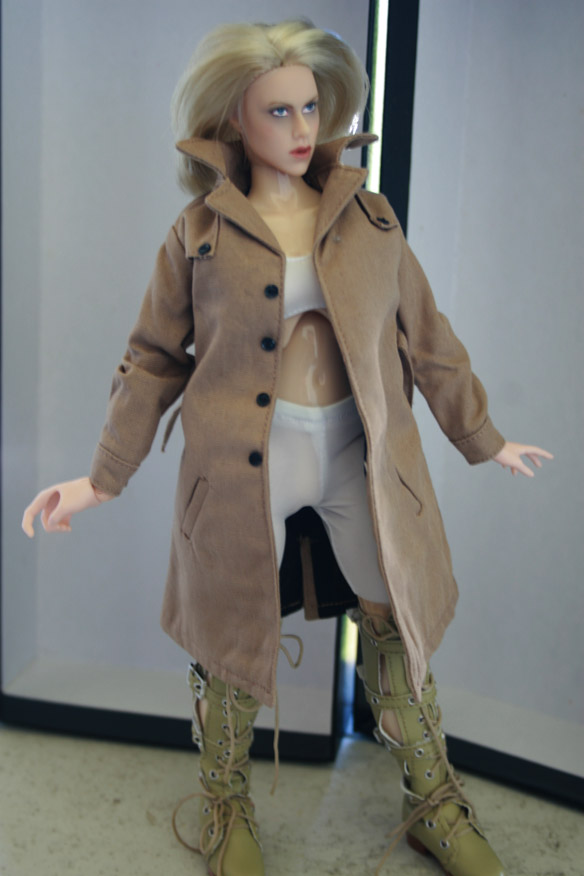 Seriously, drop me a line if you want the body or the trench coat. I'm keeping everything else.