I bought Lola Paprika some black loafers with white skulls on them especially for her relatively large feet. She can't stand in her high heels [except for that one time she magically stood somehow during my first photoshoot], and that's why I don't take her places. Soon she'll be able to go outside for photos!

Shoes for BJDs can be a tricky proposition. I have pretty low standards for my BJD footwear: I want them to a) look awesome and b) either improve or, at least, not interfere with the BJDs' standing ability. Finding shoes that satisfy criterion A is really easy. See? These are Araminthe's shoes of awesomeness: 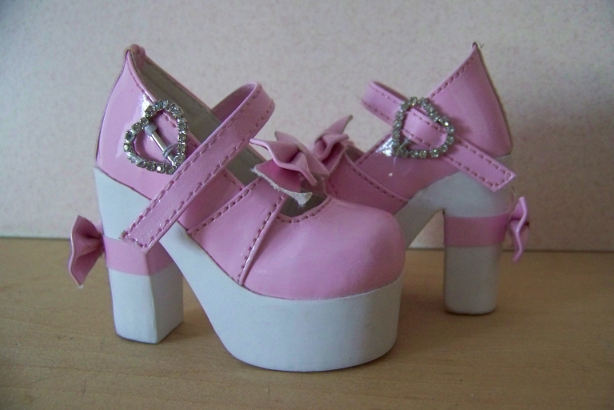 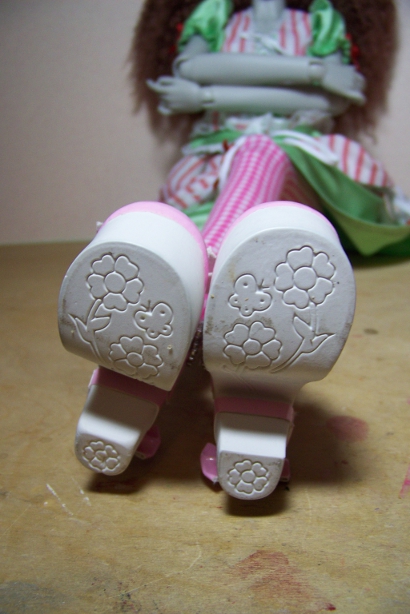 Criterion B proves harder, probably because standing ability really depends on the engineering and weight distribution of the sculpt. Sometimes, though, BJD shoes actively sabotage criterion B. 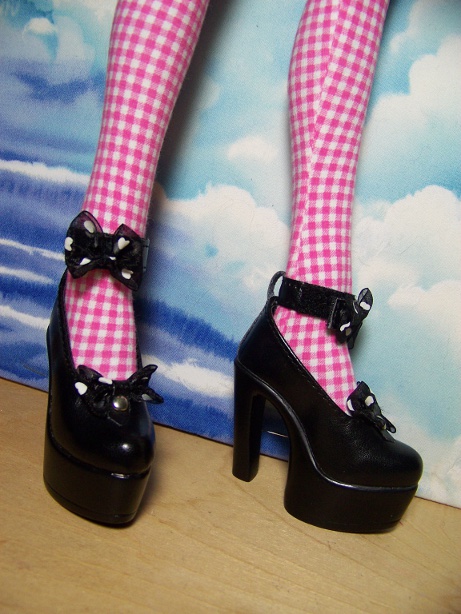 The only reason Araminthe can stand in them without falling over is that she is an amazingly engineered doll. Normally, anyone else would topple over in these shoes because the heels are, first, too narrow, and, second, oddly flexible, which means that they bow at the slightest pressure. I have no idea how this happened: 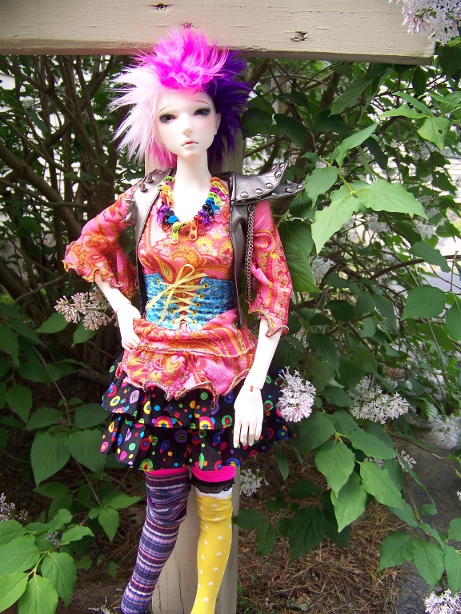 She must be putting most of her weight on the support post for the ramp's railing. I give up. I'm changing her out of her high heel feet and putting her flat feet back on so she can remain upright for longer than 0.000000005 second.