This is Megan Meehan, Zombieville resident and Dr. Z.’s assistant.

She is a Sterling Silver Rose Hispanic Barbie. Here’s the concept art by Bob Mackie on her box. 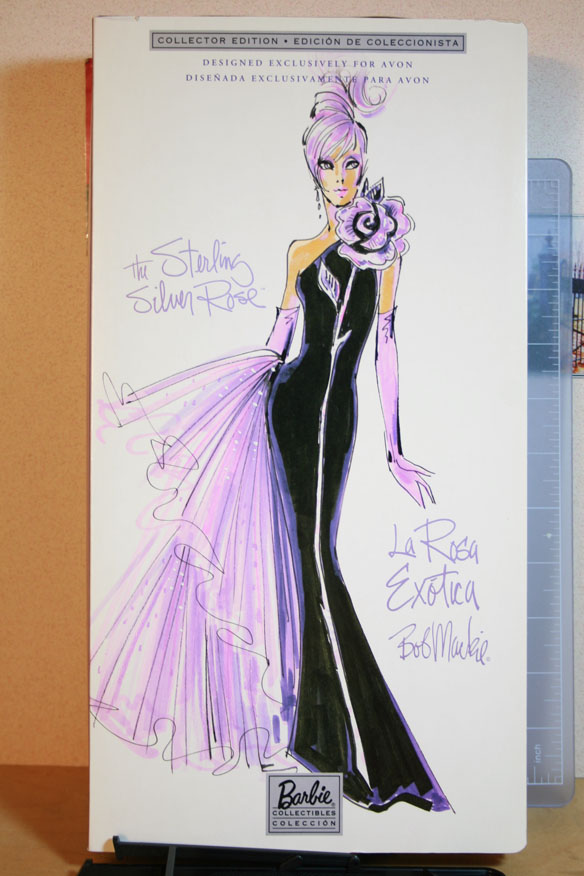 Here’s the doll next to the concept. Megan’s face is not as rectangular as the concept’s! 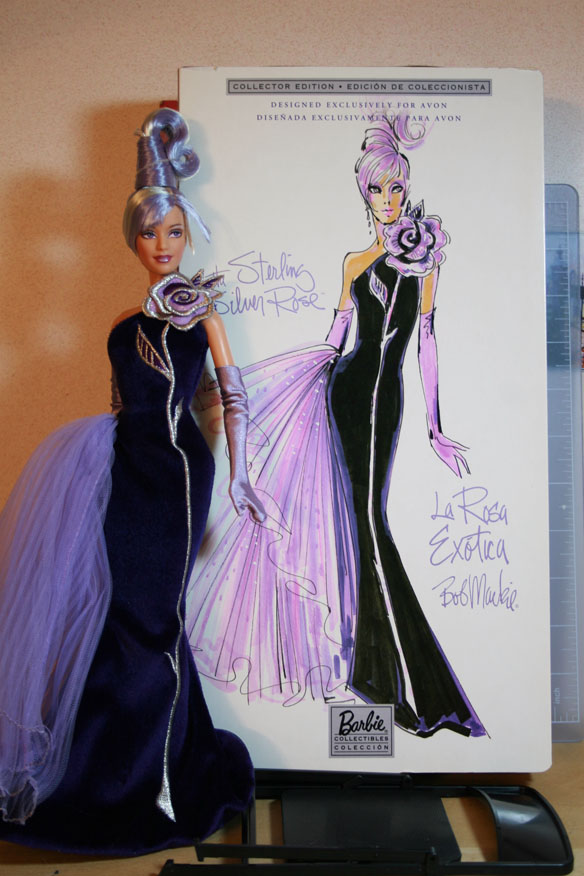 Megan got most of Groovy 60s’ Barbie’s outfit, with a few exceptions:

I’m not impressed either with those crappy little booties meant to be gogo boots. They look like pleather socks, and the pleather is already wearing out after a removal from Groovy and an installation on Megan.

I suppose I should count myself lucky that the pieces of the outfit I was most interested in — the dress and the coat — actually survived the transfer from Groovy to Megan. >:(

Before I took these photos, I made the left side of Megan’s bangs lie flat by gluing them to her face with white glue. This worked surprisingly well. 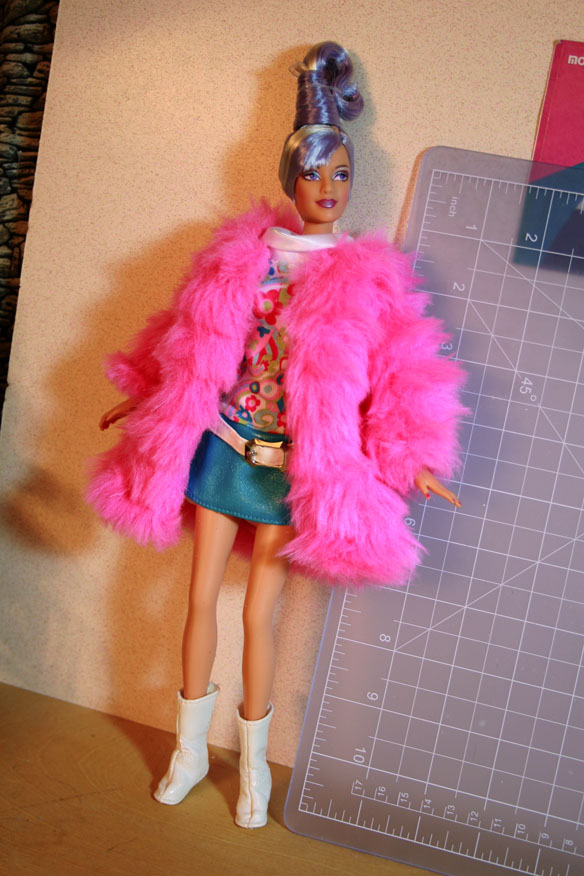 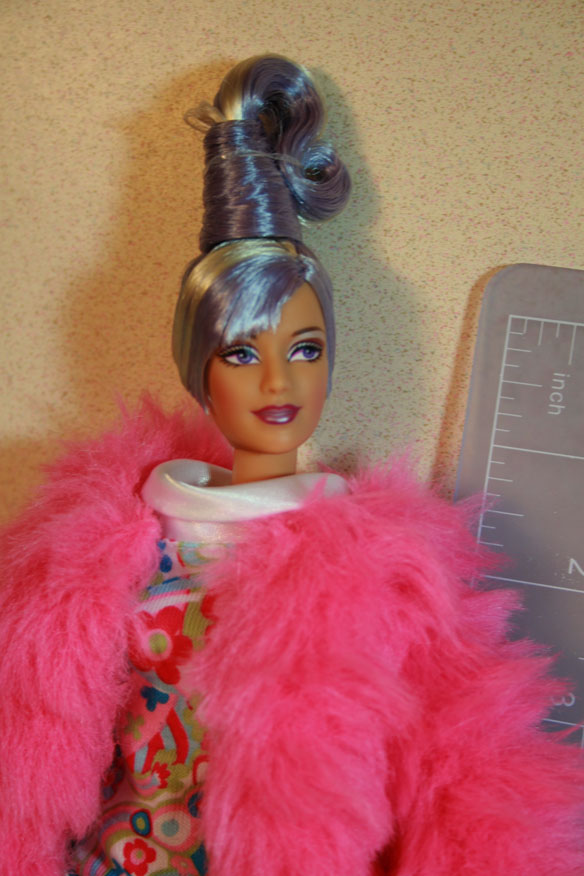 As you can see, Megan is on a typical Barbie body, i.e., one that’s barely articulated. As soon as I get a set of pin vises and some cyanoacrylate in a dropper, I’m going to chop her arms and legs in half and give her lengths of bare wire where her elbows and knees should be, thus making her more articulated. Because she wears that ridiculously awesome coat, no one will see the raw joints in her elbows, but her raw knee joints will be very obvious unless I can procure a set of correctly fitting white fishnets [or teal — that would be even better!]. I’m also amputating those stupid, pointless flat hands and giving her a set with ball-jointed wrists.

More later when I actually have the tools to perform this operation.

This entry was originally posted at http://modernwizard.dreamwidth.org/1446577.html. You can comment here, but I’d prefer it if you’d comment on my DW using OpenID.