As you may know because I write about it all the time, my next series, Zombieville, is currently developing. Zombieville features people who eat brains and lose body parts, but they are not the mindless, undead creatures of pop culture lore. Rather, they are average, living people with a condition known as spontaneous disintegrative disorder ["spondis"] that causes physical and mental degeneration, which may only be arrested through a diet of at least 50% fresh human brains. Most people with spondis [PWS] see themselves as people with disabilities, while most of the public sees them as pop culture zombies. Conflict ensues.

In one planned episode, Isabel, protagonist and PWS, encounters a vending machine filled with zombie dolls. The manufacturers model the dolls after pop culture zombies [drooling blood, chewing severed limbs]. However, the dolls also have mobility aids that many PWS actually use. Isabel’s response to these toys forms an entire story arc.

The foregoing explains why the creation of these zombie dolls did not just entail slapping red paint on some miniature figures. I wanted to make zombie dolls with electric wheelchairs, walkers and canes of the type that PWS would use.

I had some 1:25 scale model railroad people already, from which I chose several seated figures to put in wheelchairs. Note wretched default paint jobs.

I got the wheelchairs from some Jun Planning mini figures of Dr. Finkelstein, character from Nightmare Before Christmas. I had no use for the figures themselves, but the removable brains were a nice bonus.

I prepared the wheelchairs by padding the deep seats with felt so that the dolls wouldn’t get lost in them. I then prepared the dolls by painting over their atrocious paint jobs with bright colors [the easier to showcase gore]. I hacked off some parts of limbs and repositioned the woman’s right arm with wire and hot glue. I threw various shades of red paint on the figures, then painted the brains grey and stuck them on plates made of cardstock, which were then glued to their laps. The woman got a Rement fork that I trimmed the tines and handle on. 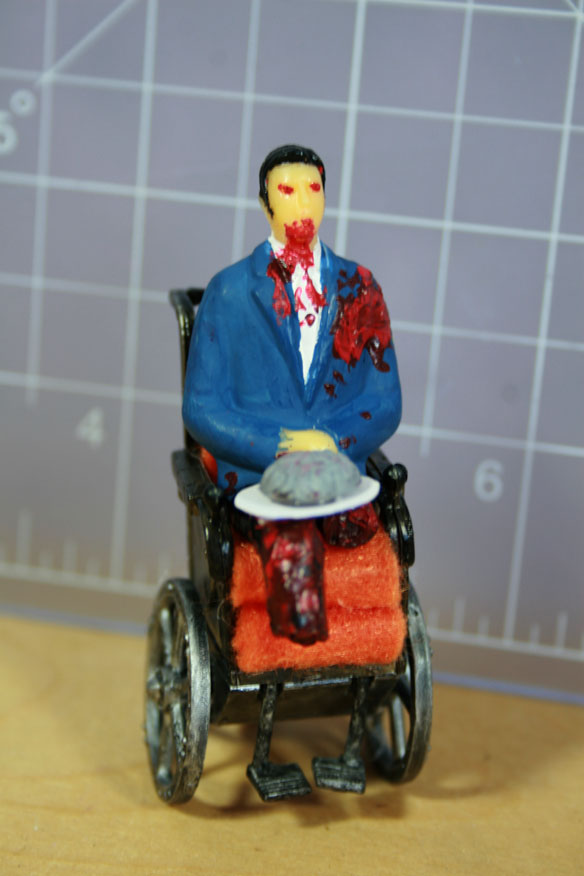 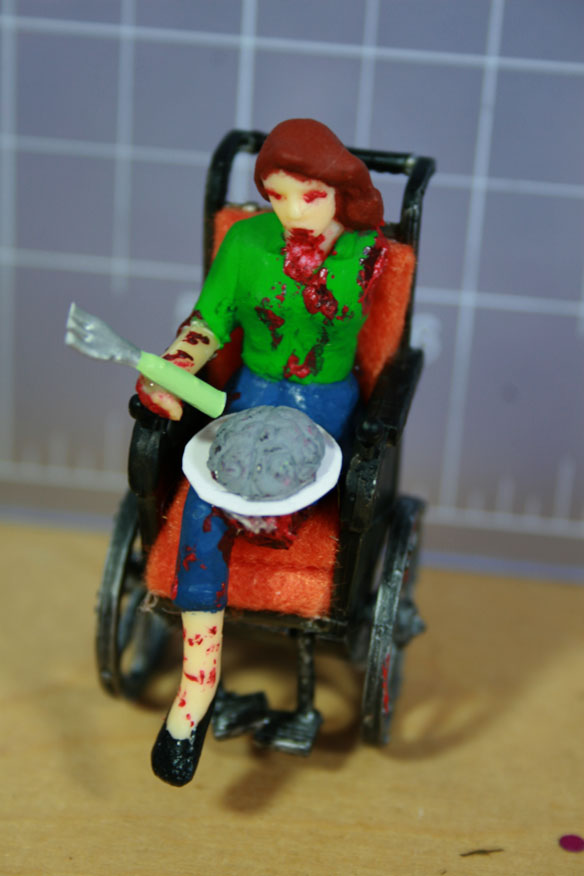 I also made some standing zombies. The first one below is a 1:25 scale woman, while the other two are 1:30 scale.

Snacking on a kid’s leg. 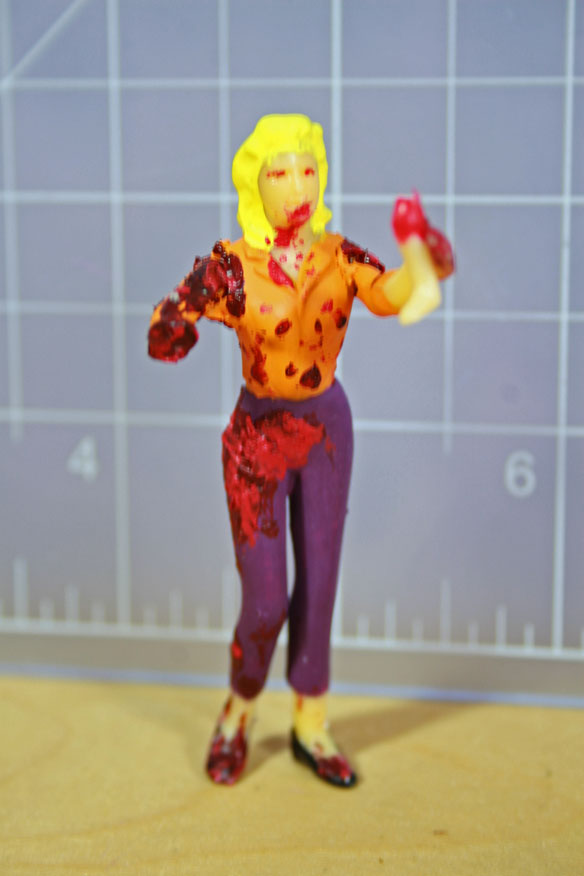 Using a white cane because at least one of his eyeballs fell out. Carrying severed limb for later. 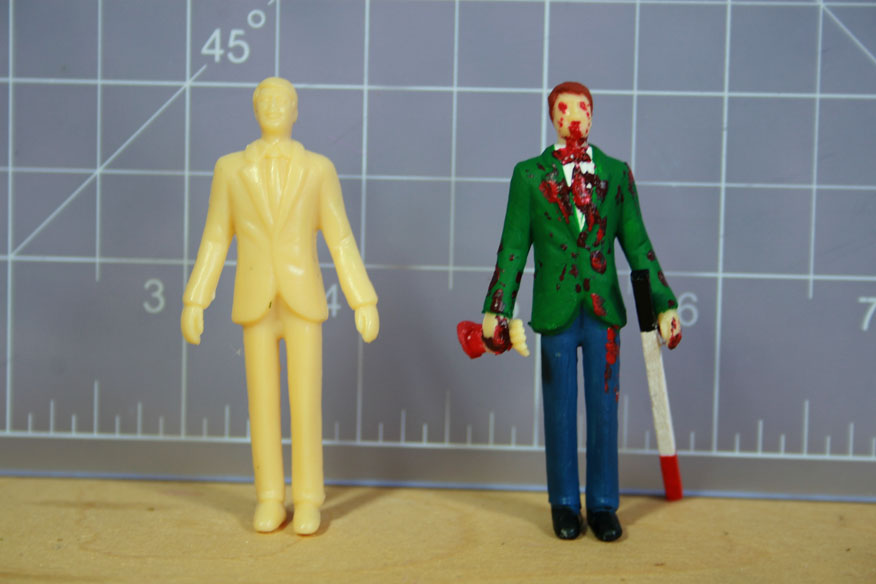 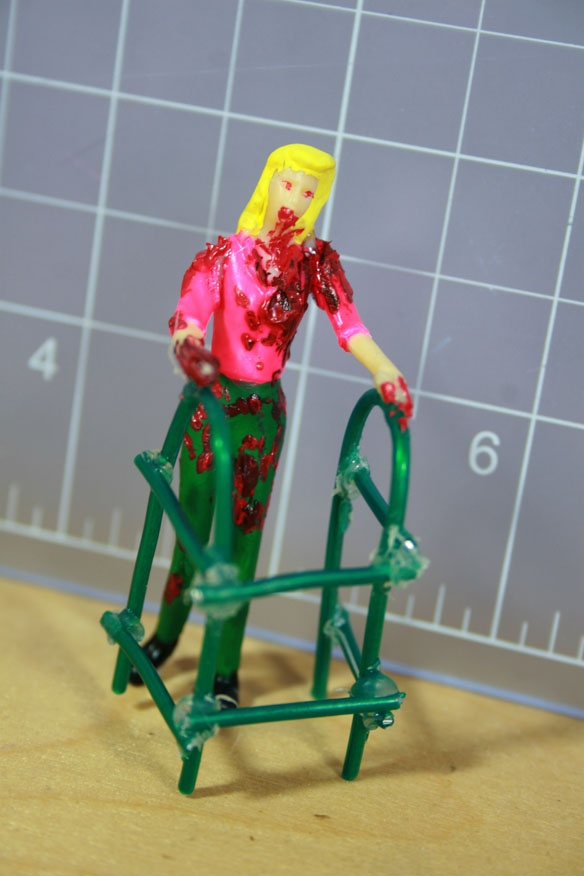 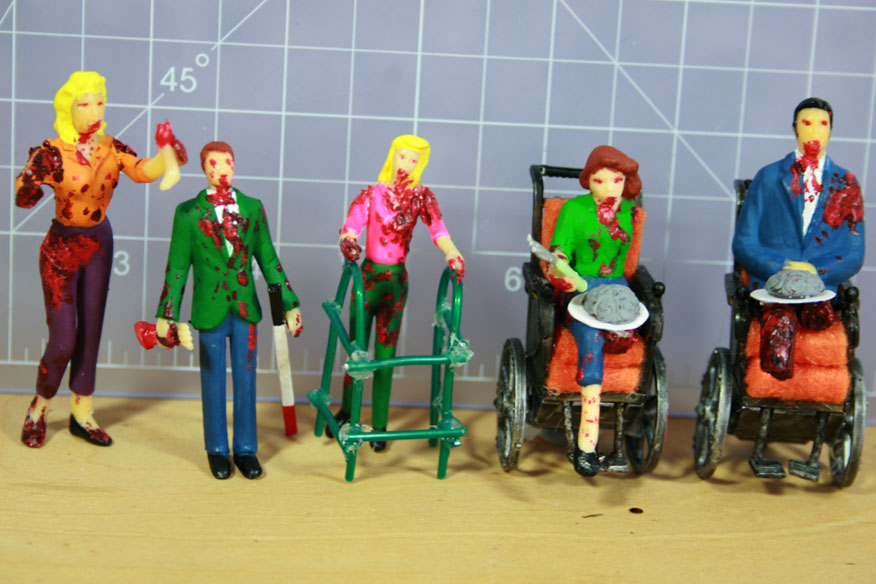 Isabel is severely unimpressed with this shit. 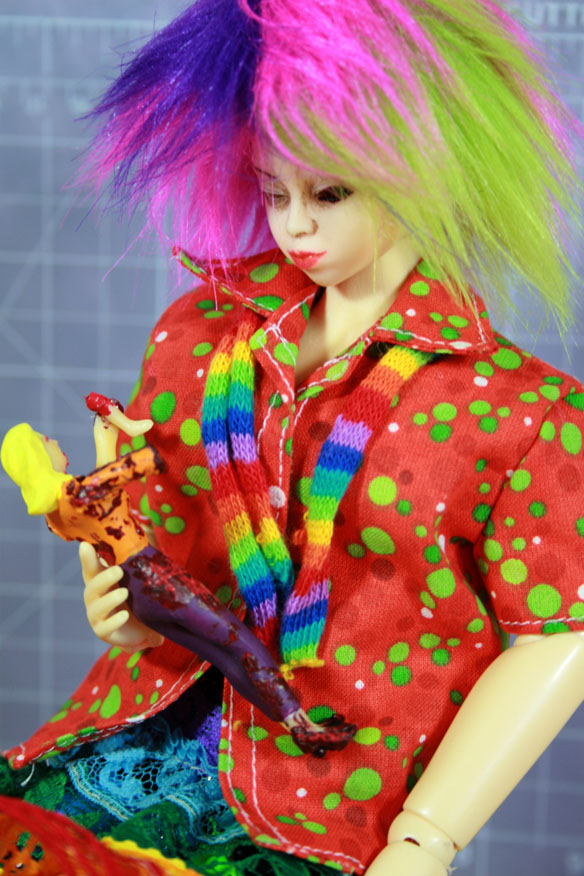 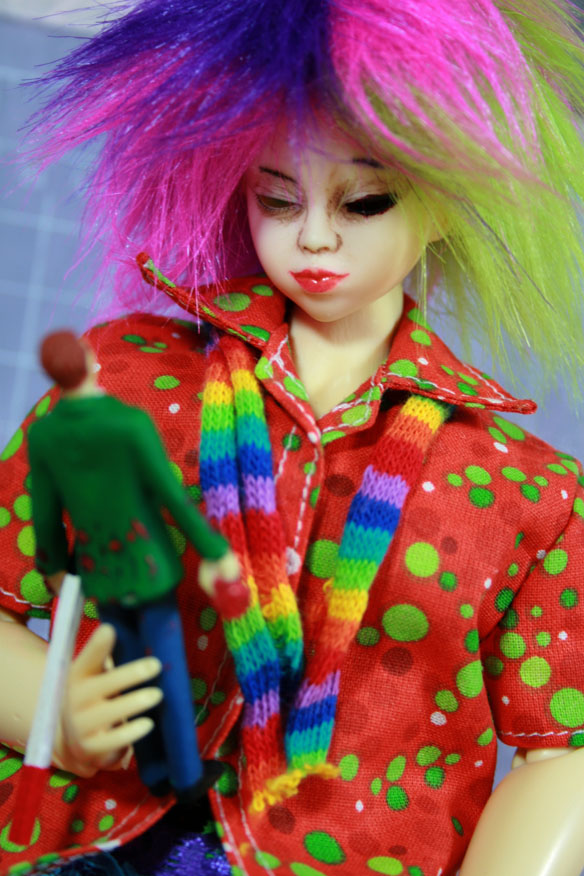 This entry was originally posted at http://modernwizard.dreamwidth.org/1504633.html. You can comment here, but I’d prefer it if you’d comment on my DW using OpenID.