…into whatever medium I’m working with. Timonium exemplifies these rare and welcome occurrences.

When I last photoed Timonium, I had glued up his final wig and then enjoyed how much he reminded me of Jareth from Labyrinth.

I’ve been laboring intently over him yesterday and today. I did his ears and his face in a limited palette of Prismacolor watercolor pencils [French grey 20%, French grey 50%, black and white] and some diluted snow white acrylic paint.

Watercolor pencils make mouths so much easier, as I can wet my brush and push color into the creases between lips!

I’ve finally figured out my faceup style: sketchy and impressionistic, but also bold and stylized, in narrow palettes. I don’t do subtle!

Now painted, Timonium looks much different. At first, he seemed like a neutral alabaster statue. Originally I thought I would give him a relaxed mouth, but I decided to stick on a smirk, just to see what would happen. Suddenly he came alive with devilish attitude! in contrast to the smirk on my Jareth doll — a playful, devious one — Timonium’s smirk is dangerous and quite possibly malicious. The word that comes to mind when I look at him is chthonic.

Yes, he’s supposed to look like the Goblin King. I was trying to capture that threatening, powerful allure he evinces when he enters Sarah’s room, sneering, smirking and sparkling.

He was originally going to be avian and more grey [and possibly blue], but he obviously wanted to be grey/black/white instead. This starker palette accentuates his pallor, making him look kind of cadaverous.

I put the red choker [a string from Jareth’s shirt] on him because he needed a choker, and I couldn’t find a black one. I like the dark red accent enough that I’m contemplating doing his fairy feets in the same dried-blood color. Maybe splatters, as if he’s been walking through blood. He strikes me as that kind of person. Probably drinks it too.

Anyway, onto the pictures…. 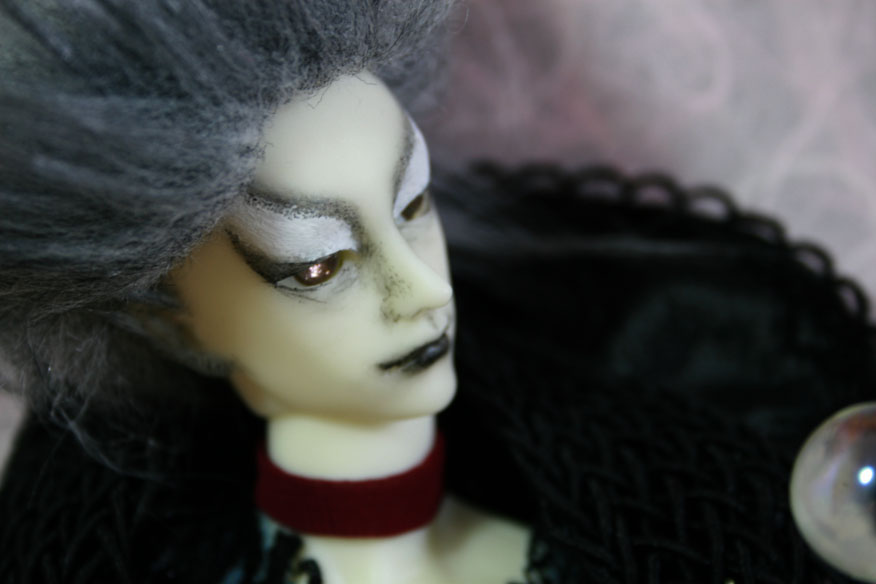 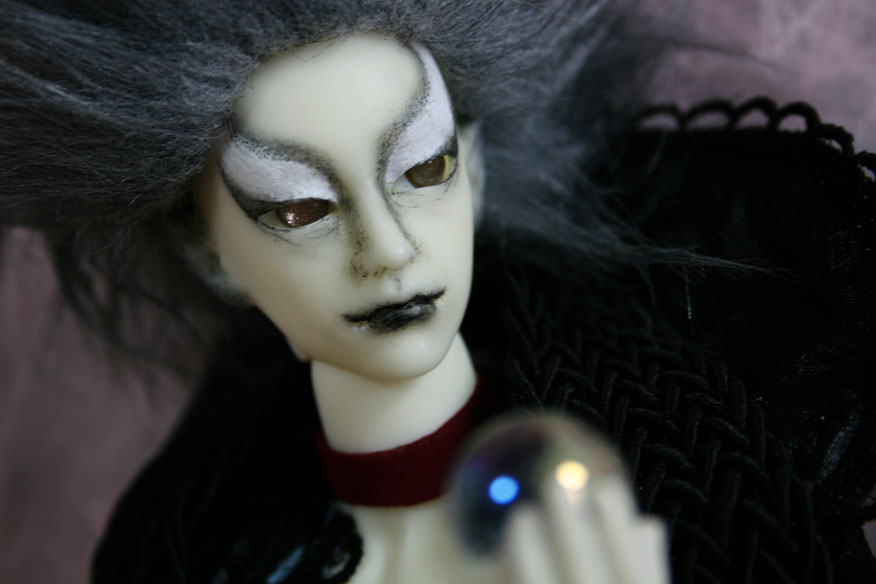 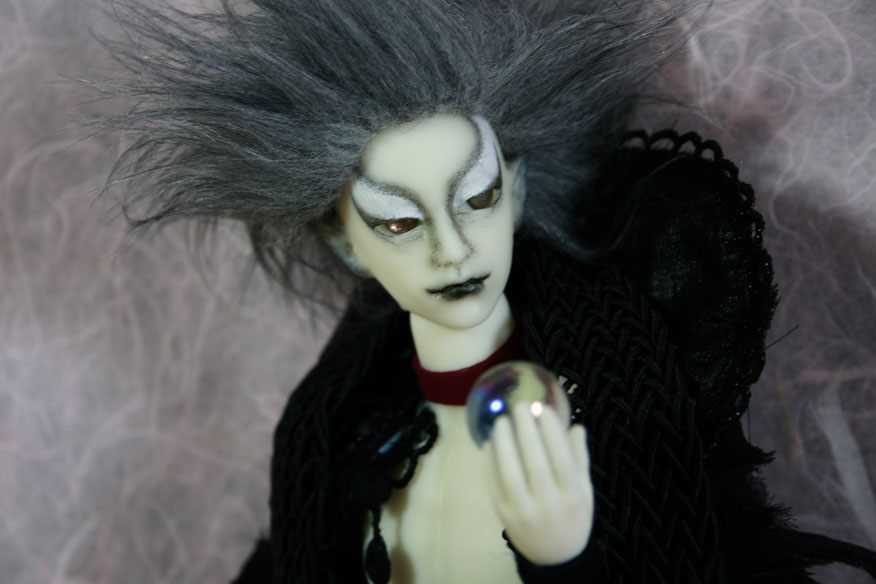 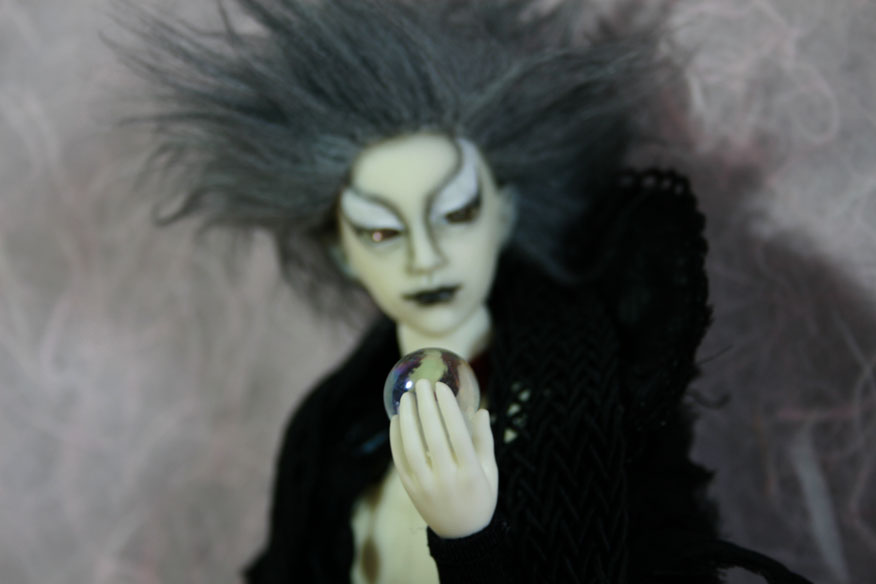 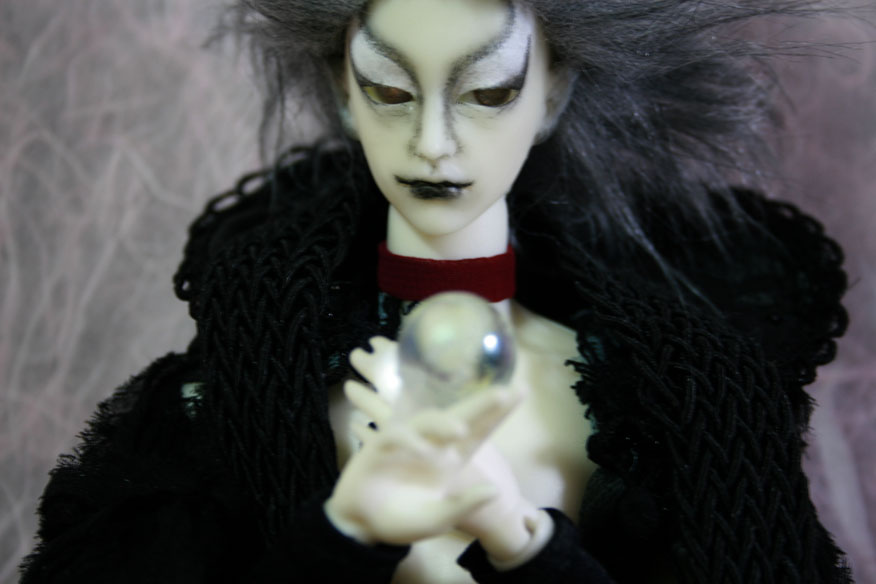 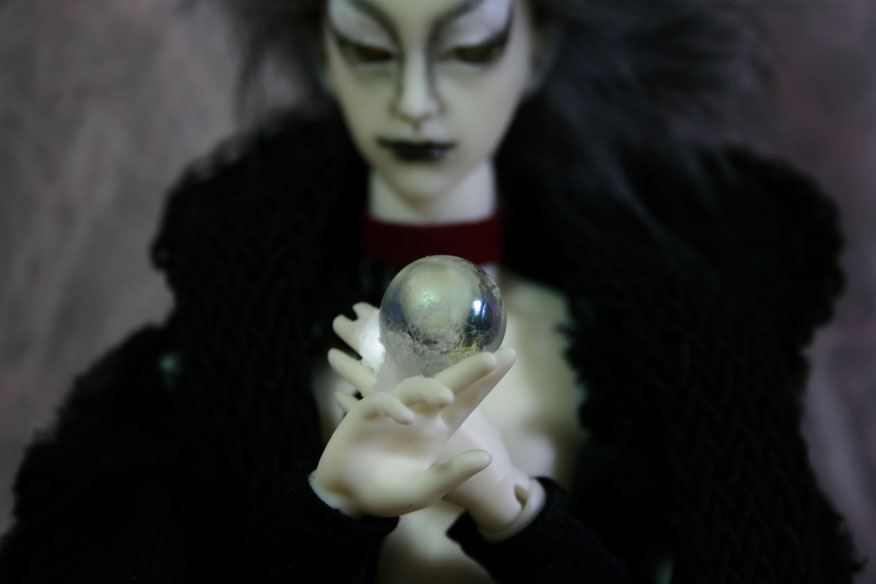 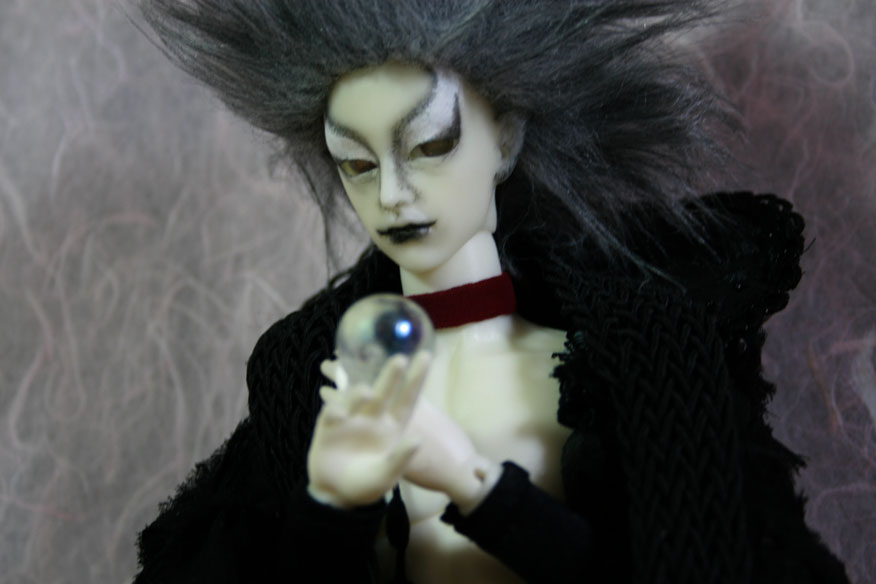 This entry was originally posted at http://modernwizard.dreamwidth.org/1504961.html. You can comment here, but I’d prefer it if you’d comment on my DW using OpenID.