I just made a payment on Will, bringing the total amount paid to $1097.61. I guess I’ve purchased all of him up to his nipples. I can’t wait to get his head!

Reduced Shakespeare Company, purveyors of comically compressed classics, have a weekly 20-minute podcast. These interesting backstage shows consist of the performers sitting around and talking. They share funny touring tales, the secrets of what they discuss during intermission, how they choose which jokes to keep and other nuts and bolts of creating and maintaining a successful touring show. More engaging and less annoying than Car Talk. Then again, just about everything is less annoying than Car Talk. So why do I still have it bookmarked?

Today marks the debut of the podcasts tag, in case anyone gives a flying fork.

Unidoll is apparently coming out with new bodies [?] for their 63cm Uni Real male dolls. The new bodies have fully articulated fingers. From what I can tell, the articulated hands look like wooden artist’s mannequins. I think they are really beautiful, although I wonder about their clenching power. If the articulated hands can hold things without drooping out of position, I wonder if I could get them separately for my dollses… 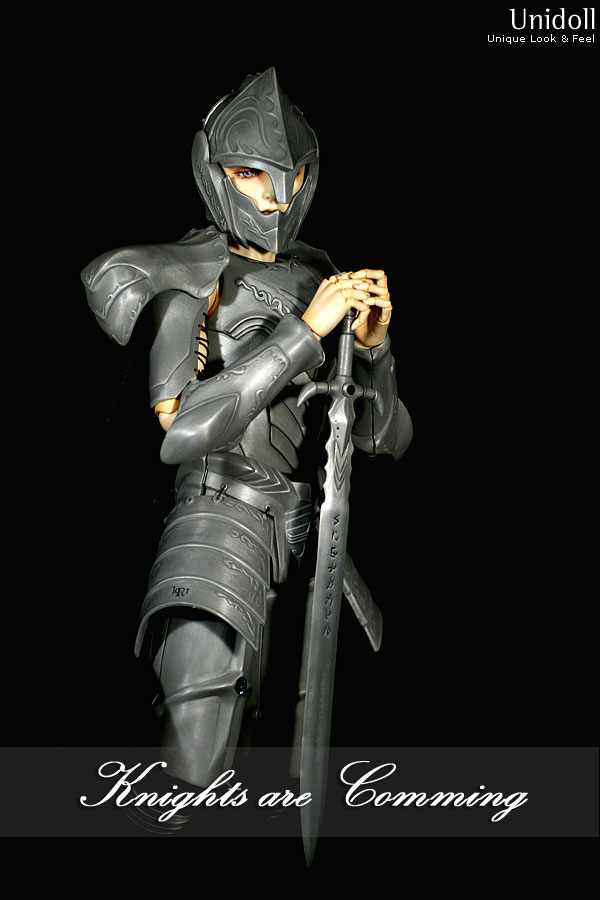 About two weeks ago, I caught Spiderman 3 at the cheap seats.

Of all the superhero movies that keep vomiting forth from Hollywood, I think the Spiderman trilogy [and it better be a trilogy — I don’t want to see it wear out its welcome with a 4th, 5th, 6th, ad nauseam] is the best. Each entry in the franchise balances the nerdly affections of Peter Parker with the video-game dazzle of Spiderman. The awkwardly maturing love between Peter and MJ, as well as the familial bonds between Peter and his guardians, anchor the punch-’em-up spectacles and give them more resonance.

Overall, Spiderman 3 stays airborne. Sure, it does have way too many bugs in its web: not just the Sandman, but Venom AND Goblin Jr. AND the space goo…not just MJ but also Gwen Stacy. And sure, it does hit a wrong note with Peter’s silly boogeying bad-boy routine, an interlude of sheer tonal stupidity in an otherwise well-modulated film. In general, though, the movie sustains a somber, reflective tone as the characters realize they aren’t as good as they think they are [Peter not so good as a boyfriend, MJ not so good as a singer, the Sandman not so good as a protective dad, Venom not so good as a photographer] and then…well, they learn to live with that.

For a movie with larger-than-life conflicts and villains, the message of Spiderman 3 is rather resigned, realistic, even small-scale and a bit…middle-aged in its perspective. I really have no complaints about that. I enjoy watching people in movies age and learn like the rest of us. That way, the head-bonking and bone-crunching action scenes make me wince more…because I can imagine real people inside the supersuits, sustaining believable, harsh injuries.

On the other hand, I saw Blades of Glory last night.

C’mon, people — it’s a movie about figure skating; it DEMANDS hyperbolic narration, crotch-defying choreography, enough glittery costumes to give you hives and more sexual subtext than you can shake a vibrator at. Instead, the script just tosses out a few silly similes for its skating announcers, lets its stars skate in the most earthbound, uninteresting way possible, confines the glitter to Ferrell and Heder only [when it should be EVERYWHERE IN SCADS] and takes only the laziest homo-panic potshots without any cleverness whatsoever. As much as I hate Borat for being terminally stupid, at least it dared to head into offensive territory for some gay jokes. I think Blades of Glory should have followed Borat’s lead there.

On the plus side, the costume design was pretty cool. On the minus side, it was nowhere near fabulous.

Took some stuff off my Will order, reducing total to $1437.60. As much as I eagerly await my doll, I’m annoyed that the price for I.B. Hunter Sabik was so ridiculously inflated compared to the initial release and then to Cyborg Sabik. I’m also very annoyed with myself for paying said inflated price.

So in November of last year, Mike Dillon sent me five single-spaced pages of erudite speculation on Jareth, Sarah and the psychological ramifications of the Labyrinth. Not until today did I hack a shorter, less dense essay out of all his fascinating thoughts. See below for a theory on Jareth’s secretly benevolent nature. Apparently he really wants to be Sarah’s therapist. No really…just read it… Amusing comic-like illustrations included…

[MW STEPS UP to the podium at an outdoor amphitheater reminiscent of the Coliseum.]

MW: Apparently all my fans are invisible. Anyway, folks, we’ve got some great new material in the works. I’m right now editing a fan’s interpretation of Jareth as psychologist, so watch for an interesting essay on that soon.

MW: Plus I have some awesome fan art of Jareth coming up! The artist,

, worked with me for over a year to get it just right!

MW: It’s really sexy. He’s lounging in a window with a smirk on his face and you can see a glimpse of his Area.

[MW WAITS for audience response. CRICKETS have clearly gone back under their grass blades to listen to something more interesting, like a rebroadcast of Senate subcommittee hearings on welfare reform.]

MW: Screw this. I’m gonna go sing Video Killed The Radio Star off-key for the 478th time in a row.

[MW WALKS off the stage.]