He’s undergone so many permutations, none of which have satisfied me. Friday night I had the sad epiphany that he needed a resculpt. I’ve tried a bazillion times to work with the Sideshow The Dead Punk headsculpt, and it continues to fail me.

I decided to try one last time, though, and strip the paint off his head, hands and torso. After untold hours and repeated applications of Pebeo, he was mostly paint-free. I then realized with dismay that the head’s built-in woeful expression will never accurately capture Peter, who is friendly, even-tempered and relatively content.

Looked online briefly to find a bald male head with a neutral expression. Unfortunately, most male action figures look grim and constipated [grim because constipated?] and they have hair, so I could only find ones that were either bald/constipated or hairy/neutral, not bald/neutral. I gave up.

I looked through my drawer of extra bodies and heads. I procured a Triad Lola head, which I originally bought in 2009 for its "sarcastic expression," and plopped it on an Obitsu Slim Male body. I really like the sharp features here, as well as the deep-set, baggy eyes and the creases between the corners of the nose and lips. 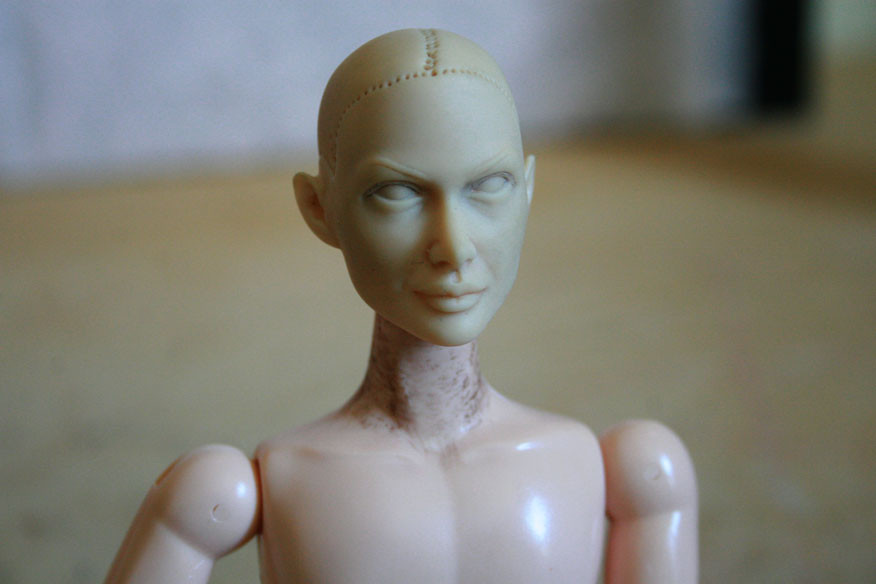 Then I used some Aves Apoxie Sculpt to bulk out the brow ridge, the jawline and the bridge of the nose. I tried for relative bilateral symmetry, but I figure that any asymmetry can be attributed to the bodily disintegration caused by spondis. When this rough sculpting dries, I will refine it and later add the bump on his nose and the ball of his chin, also filling in the rooting holes. 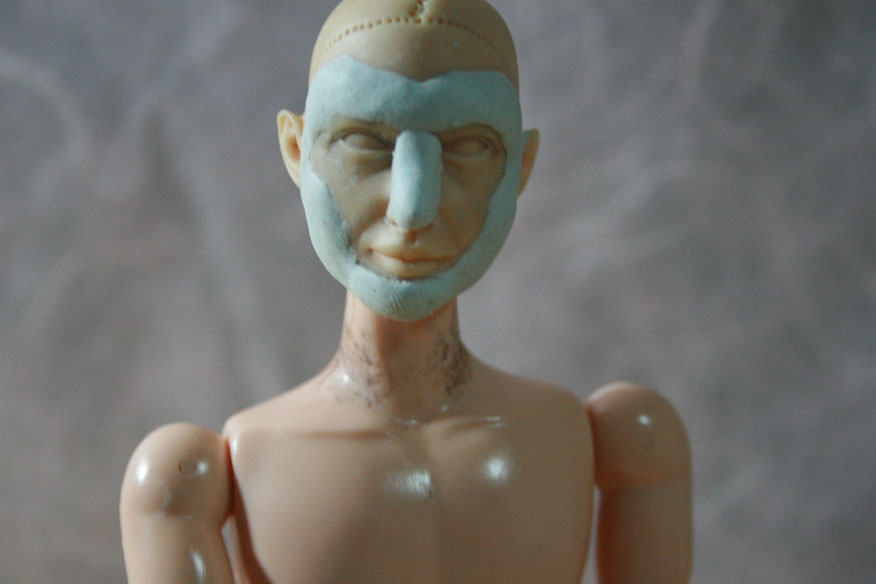 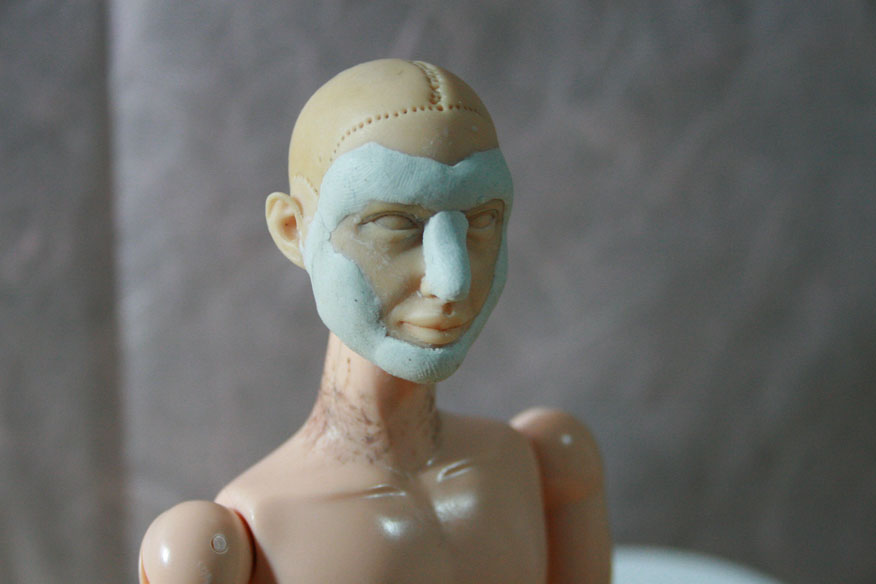 It’s a silly, messy, incomplete mockup below, but it does depict the way I want to paint his eyes and mouth. I may go with heavy, straight eyebrows too, just for something different from my usual curved ones. I am pleased to note that, even in rough draft, he looks nicer, as opposed to his original form, which always looked like he just realized he had the runs. 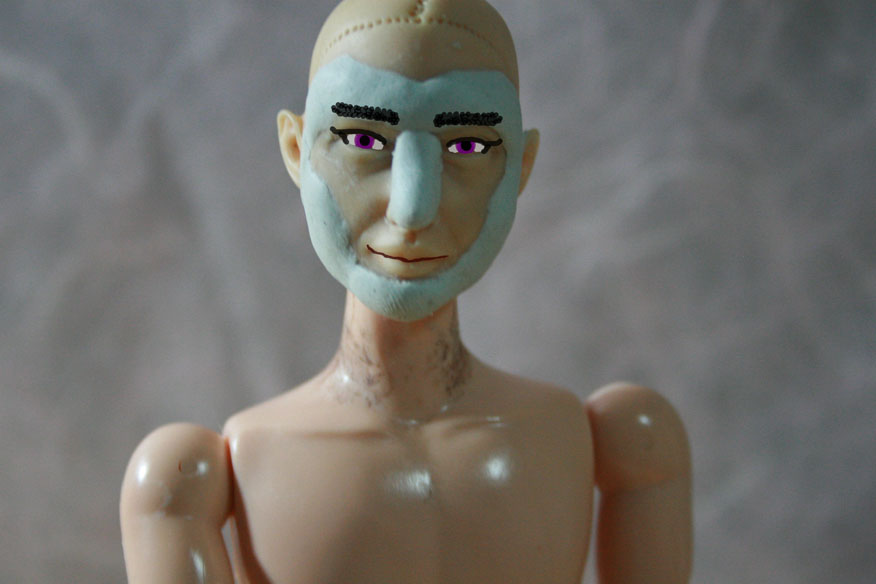 This entry was originally posted at http://modernwizard.dreamwidth.org/1523783.html. You can comment here, but I’d prefer it if you’d comment on my DW using OpenID.