I have finished salvaging all those earlier wigs that I could, cutting out the hot glue center parts and stitching in hand sewn ones. I have taken the opportunity to try various hairstyles. Some of them even came out looking good! 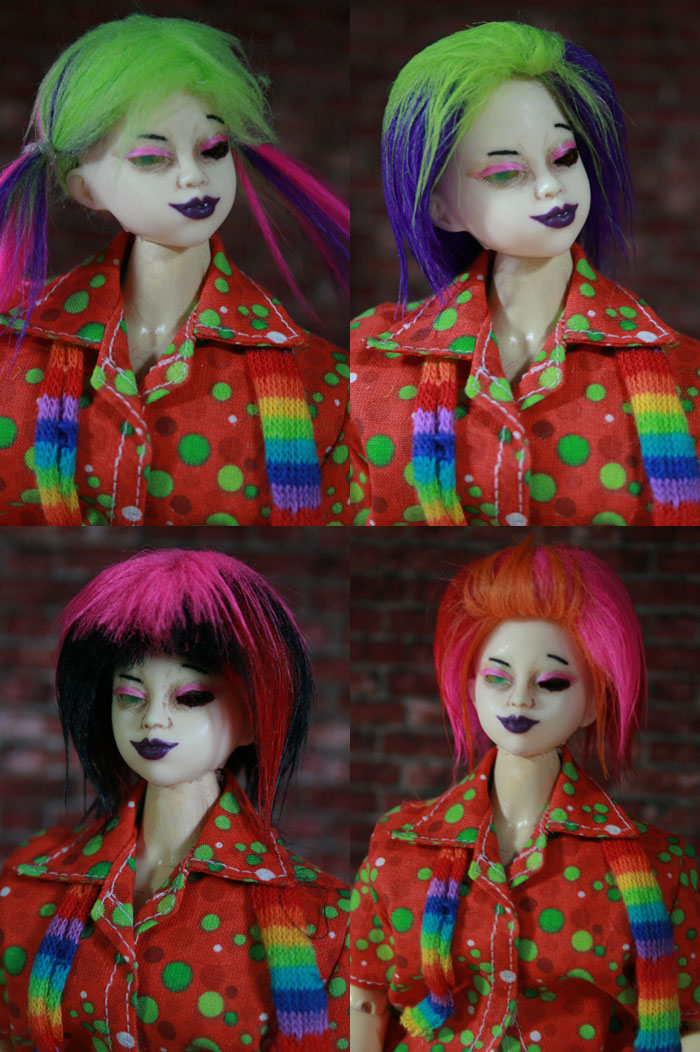 Now that I have about 10 wigs styled and stiffened with Mod Podge, I remain unsure how to store them. I want to preserve their shapes, so I can’t just toss them in a bag where they will be squished. Maybe a plastic storage tray with adjustable dividers would work.

I also want to try my hand at inclusions, by which I mean small pieces of fur incorporated into the main base. I have experimented in a small way with inclusions by gluing little separate bits of fur along the hairline so that, as in the case of the orange/pink/red exemplar above, some bright areas of color frame the face. Pearlene shows my first try at front hairline inclusions: 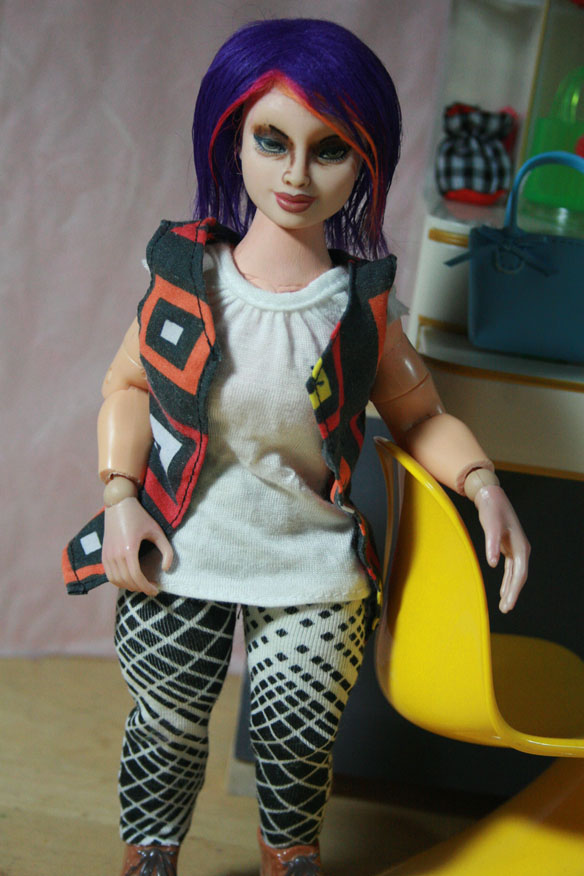 Anyway, I want to try inclusions in the top layers of hair, rather than just on the underside of the front hairline. To do this, I think I’ll need to constitute each side of the wig from two or more pieces of fur before stitching everything together. Once I figure out how to do this effectively, I want to make a wig incorporating as many colors as possible, just for sheer obnoxiousness!

This entry was originally posted at http://modernwizard.dreamwidth.org/1574275.html. You can comment here, but I’d prefer it if you’d comment on my DW using OpenID.