Because Zombieville needs kids, I’ve been piecing some together from existing spare parts and some new purchases. To fill the toddler slot, I purchased a Kelly doll — the original design, rather than the more recent elongated one, as I find the former much cuter.

However, while the original Kelly dolls are cute, they, like most playline stuff by Mattel, have abysmal articulation. Several years ago, I used my Dremel, pipe cleaners and hot glue to add articulation. I used the same principles again this go-around, refining them a bit. Results below. 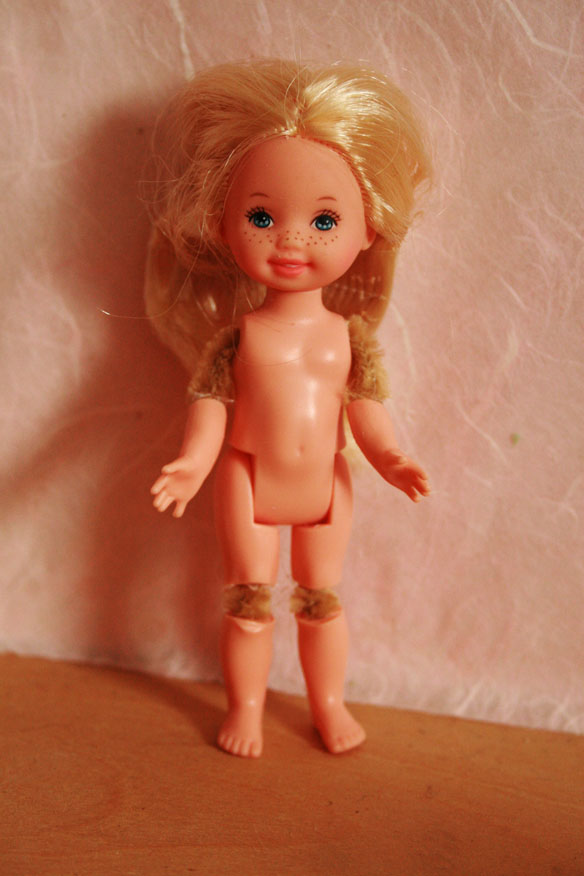 I removed the existing arms, then drilled out the shoulder sockets so that there was a hole all the way through the torso. I cut the loose arms in half and discarded the upper arms. Doubling a pipe cleaner, I threaded it through the shoulder holes. I cored out the forearms, put hot glue in the new core holes, then attached the forearms to the doubled pipe cleaner. Voila! Full range of shoulder and elbow motion has been achieved. 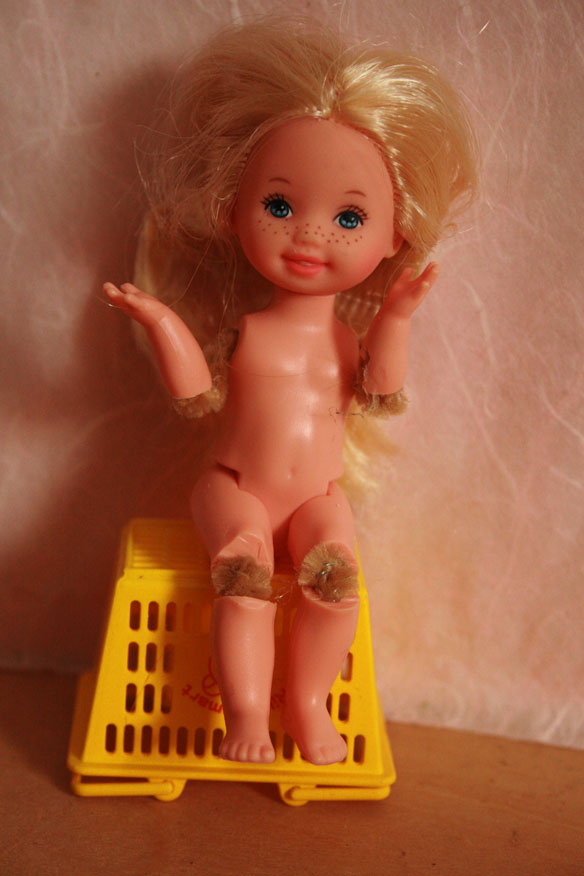 Legs proved easier to articulate. I halved them at the knees, then cored thighs and calves. I glued doubled pipe cleaner of appropriate length in both upper and lower sockets, achieving 90 degrees of knee bend, plus swivel. 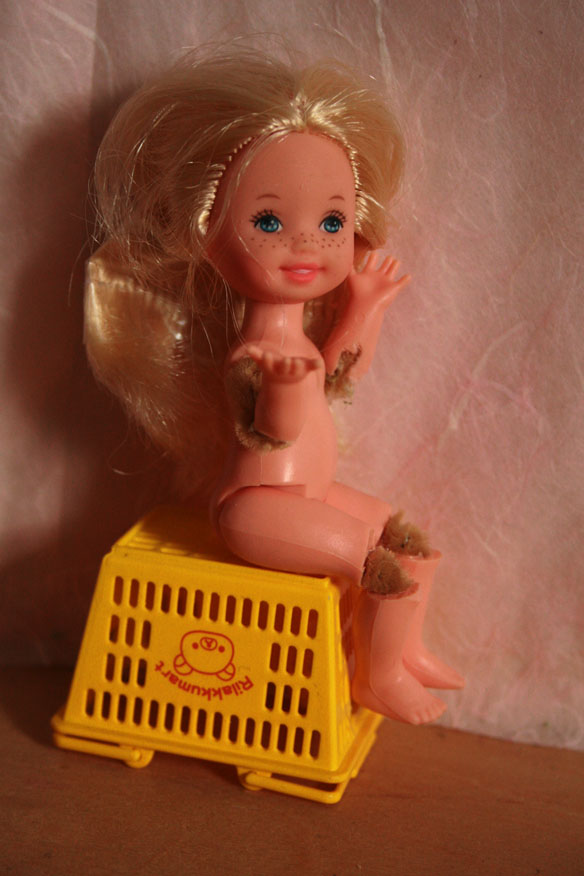 Much more expressive! Too bad it still falls over due to the egregious weight of its oversize head!

This entry was originally posted at http://modernwizard.dreamwidth.org/1600171.html. You can comment here, but I’d prefer it if you’d comment on my DW using OpenID.